Russian Ambassador to Lebanon says “Hezbollah is not a terror organisation; it fights terror” 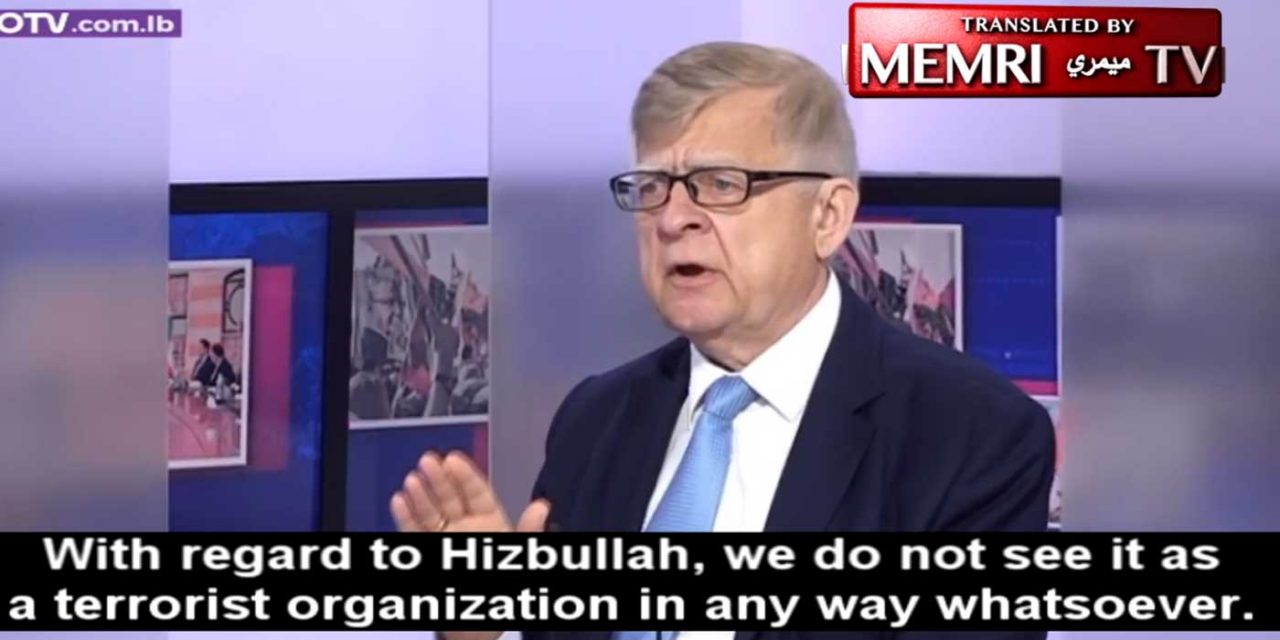 Russia’s Ambassador to Lebanon has said that Russia “does not see” Hezbollah as a terrorist organisation and has condemned sanctions against the group.

Ambassador Alexander Zasypkin made his controversial comments in an interview with Lebanese channel OTV on 18 May 2020.

“With regard to Hezbollah, we (Russia) do not see it as a terrorist organisation in any way whatsoever. On the contrary, it is an organisation that fights terrorism,” he said.

“Therefore, all decisions that are made by the Americans or by the Arab League are wrong in our view and we oppose them… we condemn the American sanctions.”

Hezbollah is an international terrorist organisation under the direct control of the Iranian regime. Hezbollah’s stated aim is the destruction of Israel and the Jewish people. Hezbollah is responsible for the murder of Jews in Europe and South America, as well as thousands of civilians through the Middle East.