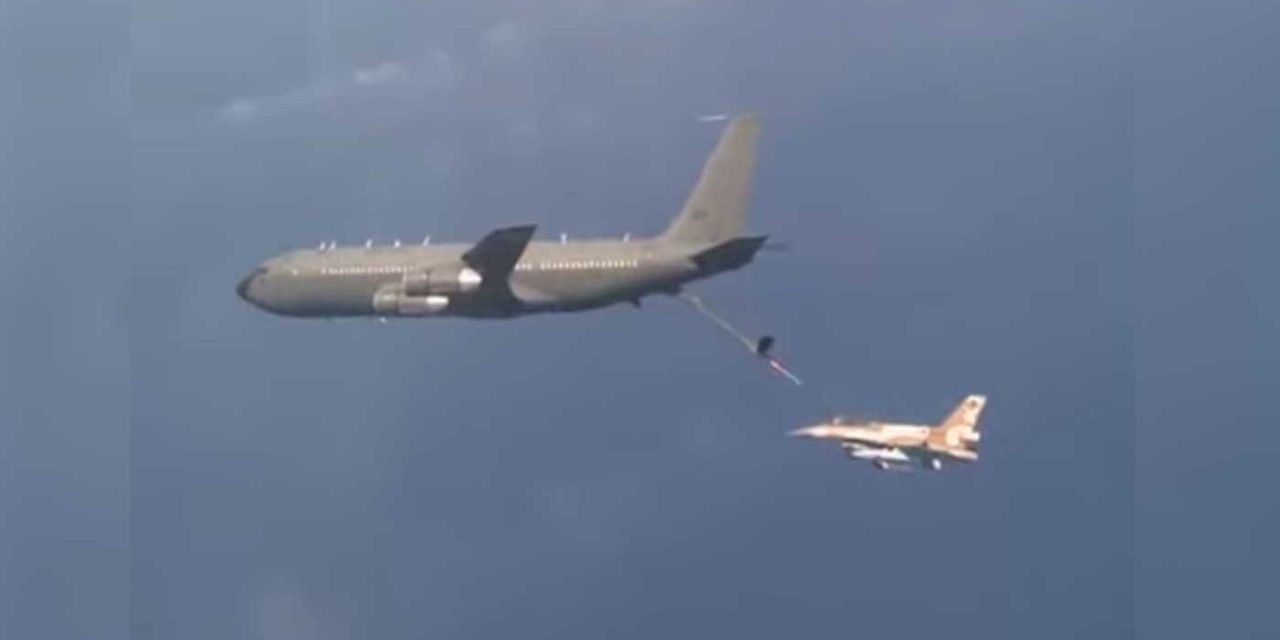 Israeli fighter jets carried out a large drill over the Mediterranean that included practicing mid-air refueling, according to a report in a Saudi-run news outlet Thursday.

The unverified report in London-based Elaph described air maneuvers on Thursday by “an unusually large” contingent of F-15, F-16 and F-35 fighter craft, as well as Boeing mid-air refueling tankers, in what would likely be seen as a warning to Iran amid Israeli threats to take military action in order to stop Tehran’s nuclear program.

Citing an unnamed Arab source, Elaph reported that the “wide” maneuver took place over the Mediterranean. Israeli defense officials, who rarely comment on foreign reports, could not be immediately reached.

The use of Israel’s aging mid-air refueling fleet would be the strongest indication that Israel is planning for an attack on Iran’s nuclear facilities, or would like to project to Tehran and the rest of the world that it is preparing.

Israel rarely advertises its use of the refueling craft in drills publicly, but they are occasionally used for exhibitions.