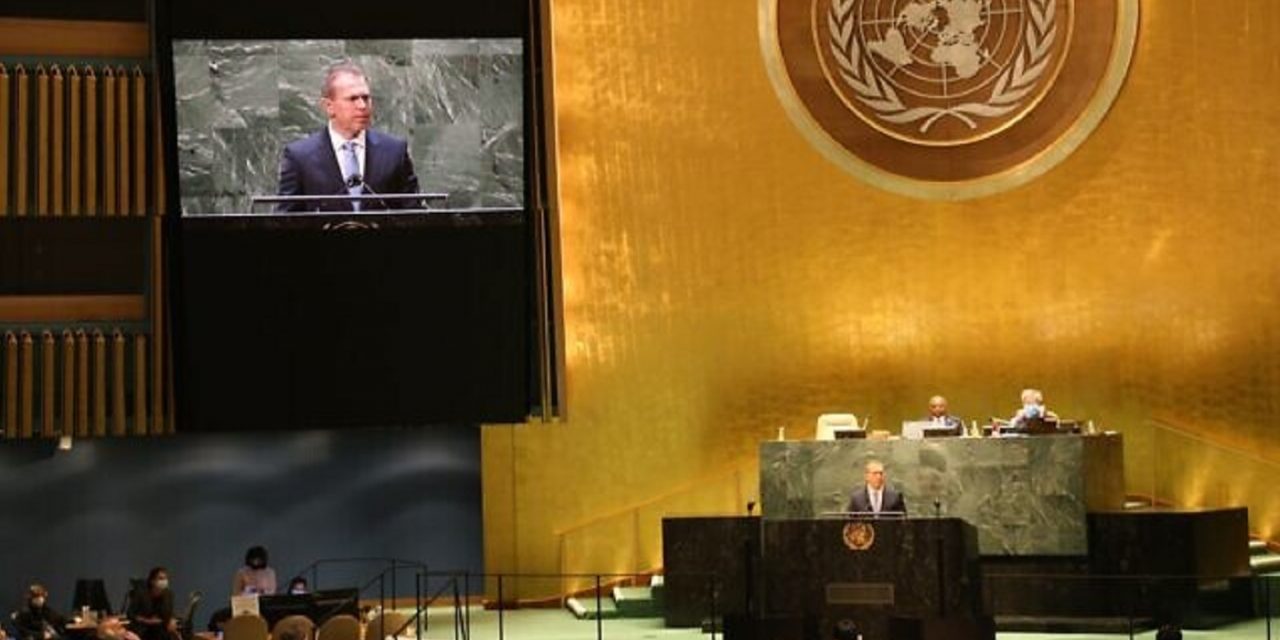 The United Nations General Assembly adopted a resolution aimed at combatting Holocaust denial on Thursday, in what was just the second time since Israel’s establishment that a measure its delegation brought before the forum managed to pass.

The resolution provides a specific classification for Holocaust denial, using the working definition put together by the International Holocaust Remembrance Alliance. It also provides actions expected to be taken by signatory countries in order to address the phenomenon, and demands social media networks remove posts that fall under the IHRA definition.

80 years ago today, the Wannsee Conference laid the groundwork for the systematic murder of Jews throughout Europe.

One hundred and fourteen countries cosponsored Resolution A/76/L30 and only Iran publicly voiced its opposition. The representative from the Islamic Republic — whose leaders have a long history of Holocaust denial — claimed the resolution marked another attempt by Israel “to exploit the suffering of Jewish people in the past as cover for the crimes it has perpetrated over the past seven decades against regional countries.”

However, because Tehran has failed to pay its UN membership dues, its delegation has been stripped of some of its rights, and it was therefore unable to call for a formal vote on the Israeli resolution.

As a result, the initiative was approved by consensus.

Another reminder why yesterday’s @UN resolution by @giladerdan1 on #Holocaust Denial & Distortion is so necessary … the Holocaust-denying #Iran regime, which seeks #Israel’s destruction, was only country to take the floor to vote against & spew more vile #antisemitism! pic.twitter.com/AVylMCGAFO

“As the number of survivors dwindles, the younger generations are being indoctrinated on social media to doubt reality and trust deception,” Erdan continued, claiming that social media platforms are “shirking responsibility.”

“‘We are only service providers,’ we hear from media executives. We recognize those words. We’ve heard them before. As you dodge responsibility, evil grows… Social media giants can no longer remain complacent to the hate that spreads on their platforms,” said the Israeli envoy.
Read more at Times of Israel