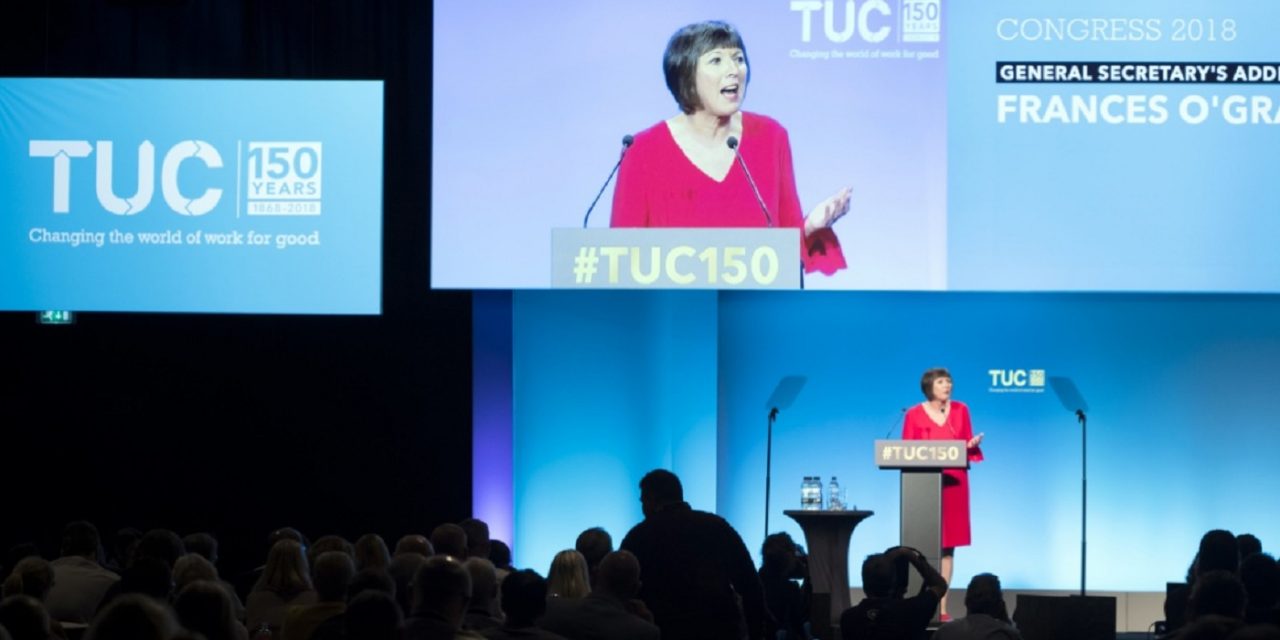 The Trade Union Congress (TUC) has announced that it opposes the signing of a new trade agreement between the UK and Israel.

In a statement released ahead of a Westminster debate on UK-Israel trade negotiations, the union organisation said it opposed the deal.

“Israel is not just the sole democracy in the Middle East; it is also a true global high-tech start-up powerhouse, with huge prowess in the fields of high-tech energy, medical science, fintech and cyber-security, to name but a few areas,” said Blackman.

A spokesperson from the Israeli national trade union The Histadrut responded to the TUC’s stance saying:”“The TUCs continued campaign does absolutely nothing for Palestinian and Israeli workers.

“It’s long overdue that the TUC act to contribute constructively to building bridges, improving working conditions, and supporting efforts to build worker resilience, occupational health and safety and real solidarity between the Palestinian and Israeli working men and woman.”

Ahead of Thursday’s debate, the TUC circulated an email outlining  their opposition to a new trade deal.

The TUC statement, sent by Eliza Ampomah, Public Affairs Officer at the union, stated: “The TUC has previously called for the suspension of the UK-Israel Trade and Partnership Agreement until the rights of Palestinians are established.

“The current UK-Israel Trade and Partnership Agreement has no binding safeguards for protecting human and labour rights, nor enforcement mechanisms or sanctions if there are violations of rights.

“The TUC’s position is that the UK should not be signing a new trade agreement with Israel and other countries that are systematically abusing human rights.”

.@BobBlackman: "The UK Israel trade relationship covers all our major industries and has a natural focus on the technology and services of the future".

"Next step" is to "negotiate the full post-Brexit trade deal" 🇬🇧🇮🇱 pic.twitter.com/6eyEJISsac

In response, Britain Israel Trade Union Dialogue (BITUD) director Steve Scott stated: “We are astounded that the TUC has called for opposition to a trade deal with Israel that would create jobs and develop increasing ties between the two countries. As trade unionists we believe that bringing economic opportunities not only increases employment prospects but enhances Israeli and Palestinian cooperation.

“Whilst we acknowledge that there are long standing issues stemming from the conflict that need to be dealt with in final negotiations between Israel and the Palestinian leadership but cutting off Israel from the UK will not help the our contribution to peace and the rapid changes that are going on in the region”.

“For many years, our delegations of British trade unionists have seen first-hand the beneficial effects of trade union cooperation between the Histadrut (Israeli TUC) and the Palestine General Federation of Trade Unions (PGFTU).

“They have witnessed the Histadrut supporting Palestinian workers in Israel, and we should be encouraging more cooperation between workers rather than denying them employment prospects and engagement across the divide”