Prince William: Holocaust survivors telling their stories helps all of us “learn and grow” 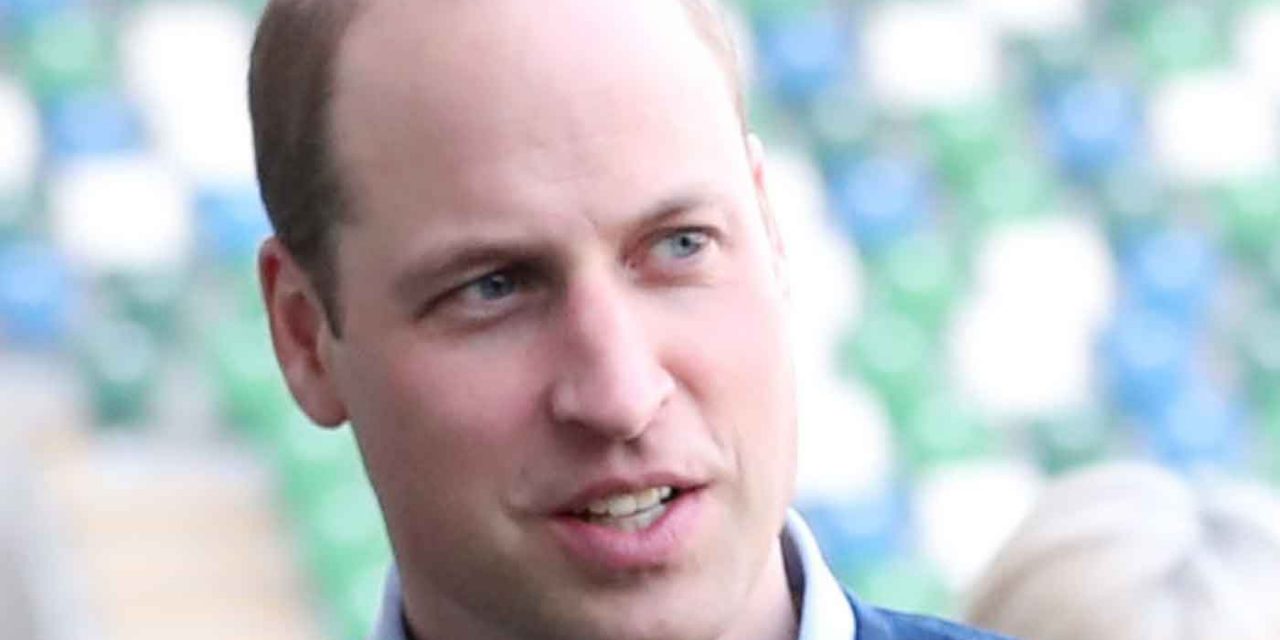 This week Prince William wrote of the “essential understanding” Holocaust survivors and educators provide to society.

In a message to the Holocaust Educational Trust’s appeal dinner in London’s Guildhall on Monday, the Duke of Cambridge expressed gratitude to survivors who shared their testimony “for the rest of us to learn and to grow.”

“I know, through my own experience of meeting Holocaust survivors, that being confronted by the reality of what took place cements an essential understanding,” Prince William wrote.

The Duke and Duchess of Cambridge met survivors in 2017 during their visit to the former Nazi concentration camp at Stutthof.

“As we approach the 75th anniversary of the liberation of Bergen-Belsen by the British Army, I want to applaud your unyielding commitment and passion,” Prince William continued.

“I especially want to command all your youth ambassadors, and wish them lucky as they pick up the vital mantle to ensure these stories continue,” he added.

In the past, the Duke has visited a number of memorials to the Holocaust. Last year, the honoured the 6 million Jewish victims of the Holocaust at Yad Vashem, Israel’s national Holocaust museum.

Rabbi Mirvis, the UK’s chief rabbi who accompanied the prince, said: “Today’s visit to Yad Vashem was profoundly moving and deeply inspiring. The Duke of Cambridge is a figurehead for a younger generation and he has previously mentioned to me that he feels a particular responsibility to ensure that the lessons of the Holocaust are learned. As the generation of survivors sadly dwindles, there can be no more powerful indication of our commitment to protecting their legacy than the presence of the future Monarch at Yad Vashem.”

Prince William increased the "Eternal Flame" and laid a wreath in the Hall of Remembrance at Yad Vashem in Jerusalem, in honour of the 6 million Jews murdered in the #HolocaustDuring his visit, the Prince was visibly moved when he was shown the display for the children who died in the Holocaust.#PrinceWilliam #RoyalVisitIsrael #UKIsrael #NeverAgain #NeverForget #CUFI

Posted by Christians United for Israel – UK on Tuesday, 26 June 2018

In 2017, the Duke and Duchess of Cambridge paid their respects to victims of the Holocaust during an emotional tour of the Stutthof concentration camp accompanied by two British survivors.

Their Royal Highnesses observed the Jewish tradition of placing stones rather than flowers in memory of those who perished at a memorial at the camp in Poland before standing heads bowed alongside Manfred Goldberg and Zigi Shipper who recited the El Maleh Rachamim memorial prayer.

Last year Prince William visited Israel, becoming the first British Monarch to visit the Jewish state on an official visit. Below is a video of the highlights.

For a more in-depth look at his visit, click here.