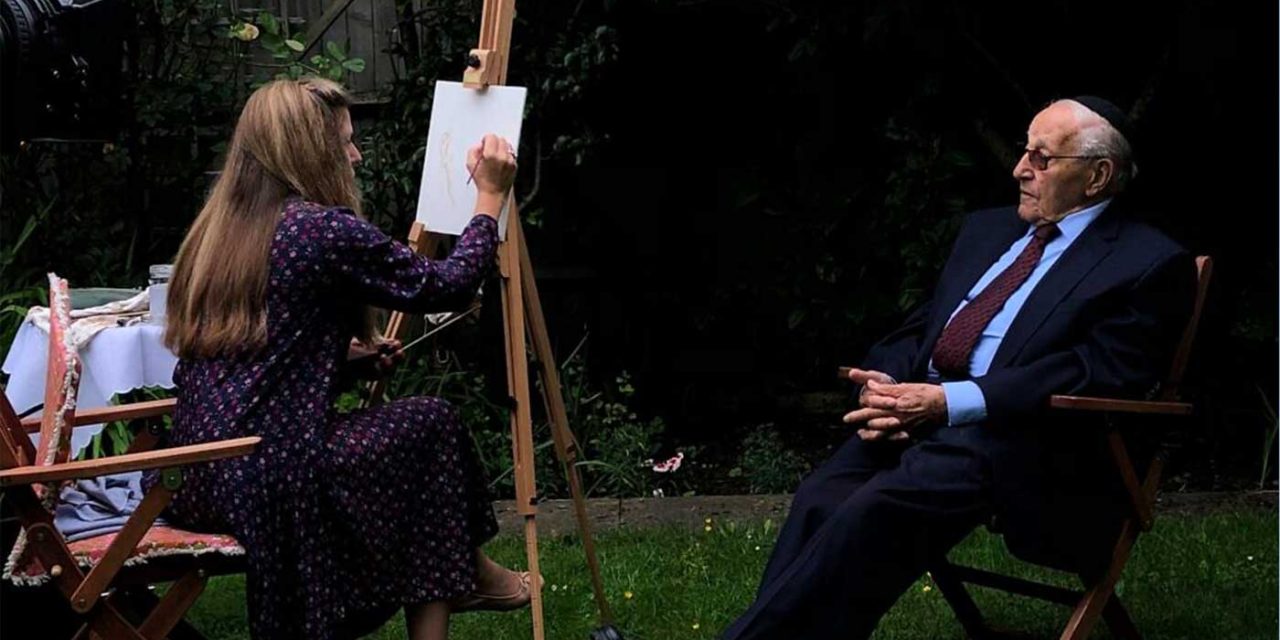 Prince Charles has commissioned seven leading artists to paint portraits of Holocaust survivors as a gesture of tribute to the ageing generation and a hope they will serve as a “guiding light” for future generations. The artworks will be displayed at Buckingham Palace and feature in a BBC Two documentary for Holocaust Memorial Day.

“As the number of Holocaust survivors sadly but inevitably declines, my abiding hope is that this special collection will act as a further guiding light,” Prince Charles told the BBC, adding that the portraits will also serve as a reminder of “history’s darkest days.”

Most of the Holocaust survivors featured in the portraits are more than 90 years old. They were imprisoned in concentration camps during their childhood years and are living in Britain as adults.

The survivors having their portraits painted include Anita Lasker-Wallfisch, a 96-year-old musician from a German Jewish family who played in an orchestra of prisoners at the Auschwitz concentration camp, and was later held in the Bergen-Belsen camp in Germany. Helen Aronson, 94, a survivor of the imprisonment of Jewish people in Nazi-occupied Poland’s Lodz ghetto will also have a painting.

Prince Charles said he hopes the paintings will serve as a reminder of not just one of the darkest chapters in history, but also to show “humanity’s interconnectedness as we strive to create a better world for our children, grandchildren and generations as yet unborn,” Prince Charles said, adding that this world should be “one where hope is victorious over despair and love triumphs over hate.”

The paintings will be displayed at the Queen’s Gallery at Buckingham Palace between 27 January and 13 February 2022, the Palace of Holyroodhouse in Edinburgh from 17 March to 6 June 2022.

They will also be featured in a BBC Two documentary that will air on 27 January 2022 to mark Holocaust Memorial Day. It will include interviews with the survivors, who will share their experiences of events during the Nazi era.