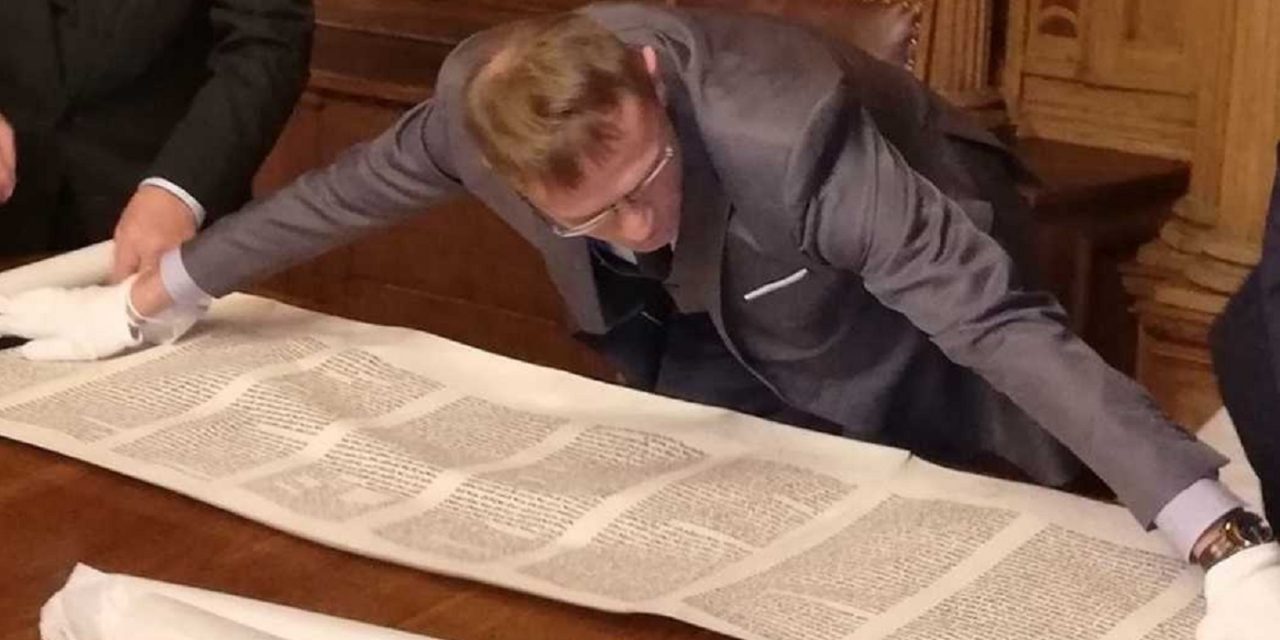 Parts of a Torah scroll hidden from the Nazis and kept secret for 80 years have finally been returned to a synagogue in Germany.

Retired Pastor Uwe Mader, 80, has returned four fragments of parchment to the synagogue in Görlitz in eastern Germany, after having protected them for decades. “Now they are in good hands, no one will be careless with them,” said the pastor.

On Kristallnacht — 9 November, 1938 — as a fire broke out in the synagogue in Görlitz, an unknown person pushed parts of the Torah into the hands of a young German policeman, Uwe Mader’s father, in the hope that he would keep them safe.

The policeman entrusted the parchments, which are thought to be around 300 years old, to a lawyer, so that they would not fall into the hands of the Nazis.

When officer Mader died, his widow then passed the parchments onto Uwe, a young vicar at the time, “under the seal of secrecy”.

In 1969, when pastor Mador was handed the parchments, Görlitz was part of the communist German Democratic Republic (GDR). Pastor Mador decided the political climate was too dangerous to hand the parchments over to the authorities.

“I was very suspicious. Politics in GDR times had not been very friendly to Jews. Therefore it was clear that I had to maintain official secrecy.”

The pastor first kept the Torah hidden in his presbytery office under rolls of wallpaper. Later he locked them in a steel cupboard, keeping the key with him at all times.