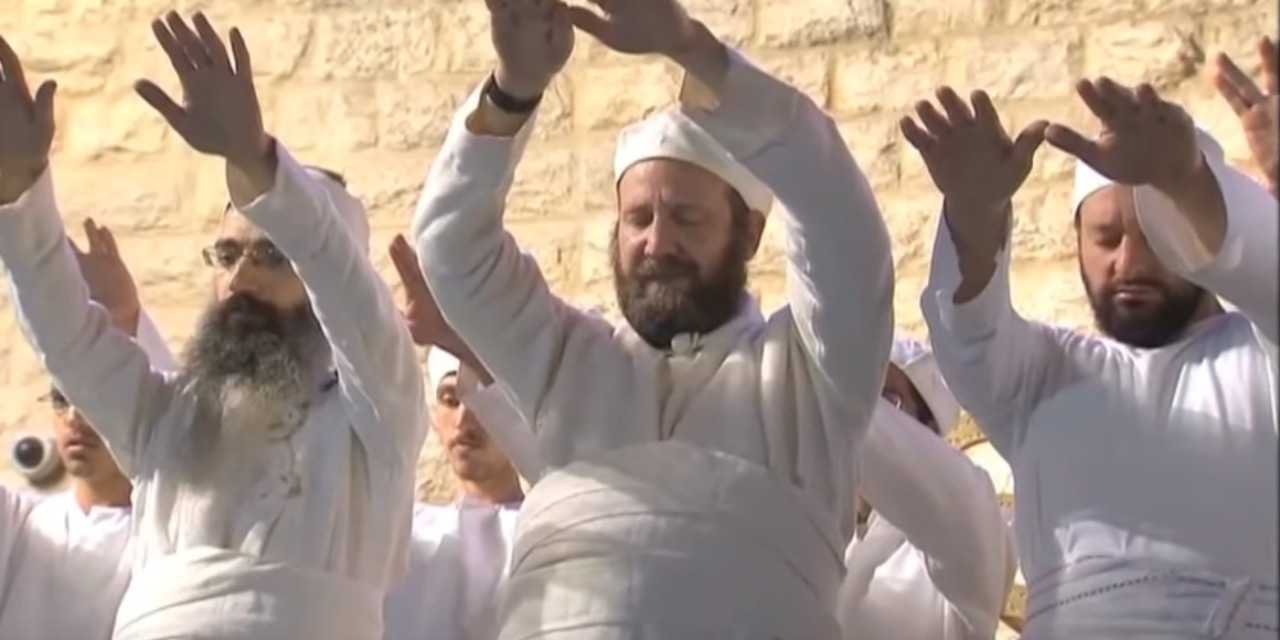 A Jewish activist group were granted permission to sacrifice a Passover lamb just metres from the Temple Mount, the closest since the group started the annual ceremony.

The Jerusalem District Court authorised the ritual of slaughtering the paschal lamb not on the Temple Mount, the holiest site for Jews, but just below it, in the Davidson complex.

Men dressed in biblical garb danced and purified themselves; members of the priestly tribe recited the traditional blessing and two sheep were ritually slaughtered and their meat roasted.

In the Jewish ritual, a lamb is sacrificed on the eve of Passover as a reminder that God liberated the Jews out of the Egyptian bondage.

The lamb is roasted with fire and eaten with unleavened bread –matzo- and bitter herbs to remind the Jews of their past slavery. This represents the reaffirmation of God’s covenant with the Israelites.

This year’s gathering was not only widely advertised but also broadcast on giant screens.

The court’s approval may be in part a result of those religious groups committed to rebuilding the Temple. They have been working to revive ancient rituals “in preparation” for its return to the Temple Mount.

As a consequence, Palestinians plan to hold mass protests on Friday.

“We will not recognize the court’s decision because it has no right to discuss this subject. The decision harms and provokes the faithful, especially as this Friday marks Land Day,” said Sheikh Ekrima Sabri, imam of the Al-Aqsa mosque.

Sabri’s statement does not only exhibit an intolerant attitude towards Jews but also represents a repression of the freedoms of speech and religion. Again, it should be stressed that the ritual did not even take place on the Temple Mount.