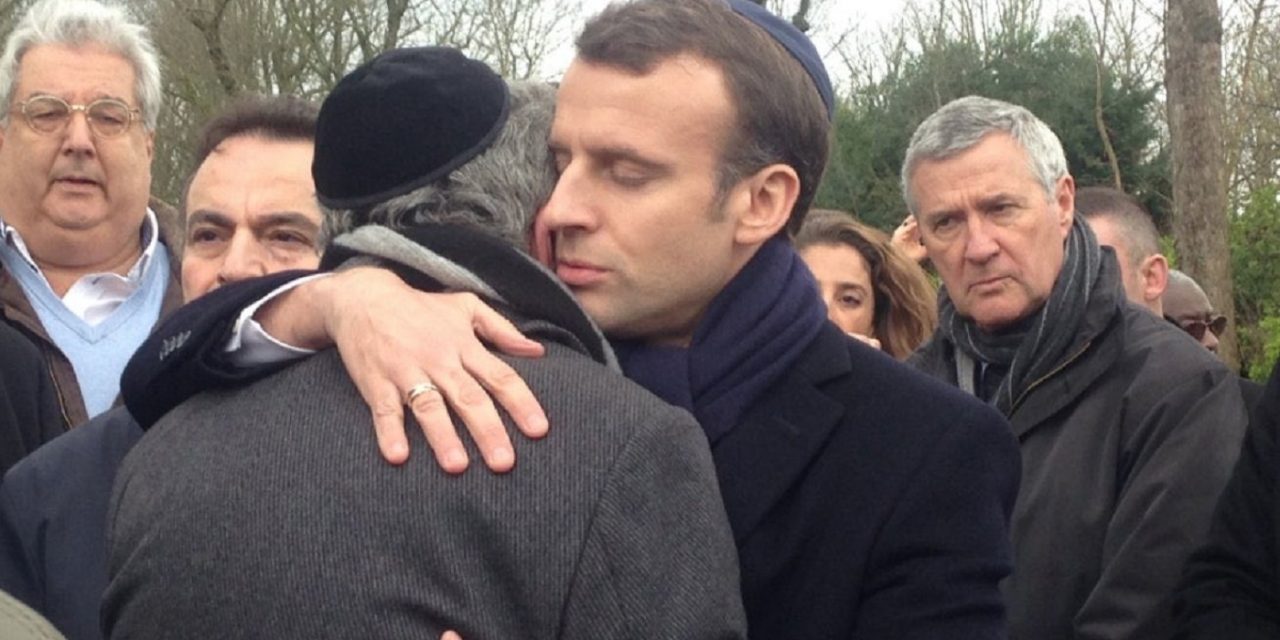 French President Emmanuel Macron on Wednesday attended the funeral for Mireille Knoll saying she was killed because she was Jewish and vowed to fight anti-Semitism.

The 85-year-old Holocaust survivor’s attacker “murdered an innocent and vulnerable woman because she was Jewish, and in doing so profaned our sacred values and our history,” he said at the ceremony in the Parisian suburb of Bagneux.

Mireille Knoll, who fled a mass roundup of Jews in Paris during World War II, lived alone in her apartment in the east of the French capital, and had reportedly filed police complaints against a local resident who had threatened to burn her.

An autopsy showed she had been stabbed several times before the apartment was set on fire.

Macronwas seen wearing a kippah and talking with Knoll’s relatives and friends. Macron’s office said that after the ceremony he went to the funeral “in a personal capacity, to support the family.”

Macron had also commented about the March 23 slaying on Twitter, calling it “appalling.”

“I am deeply affected by the appalling crime committed against Mrs. Knoll. I reaffirm my resolute determination to fight against anti-Semitism,” he wrote.

The attack took place at her home on Avenue Philippe Auguste in the French capital’s 11th arrondissement – the same street where a 65-year-old Jewish lady, Sarah Halimi, was beaten and thrown out of her apartment window in an Islamist antisemitic attack last year.