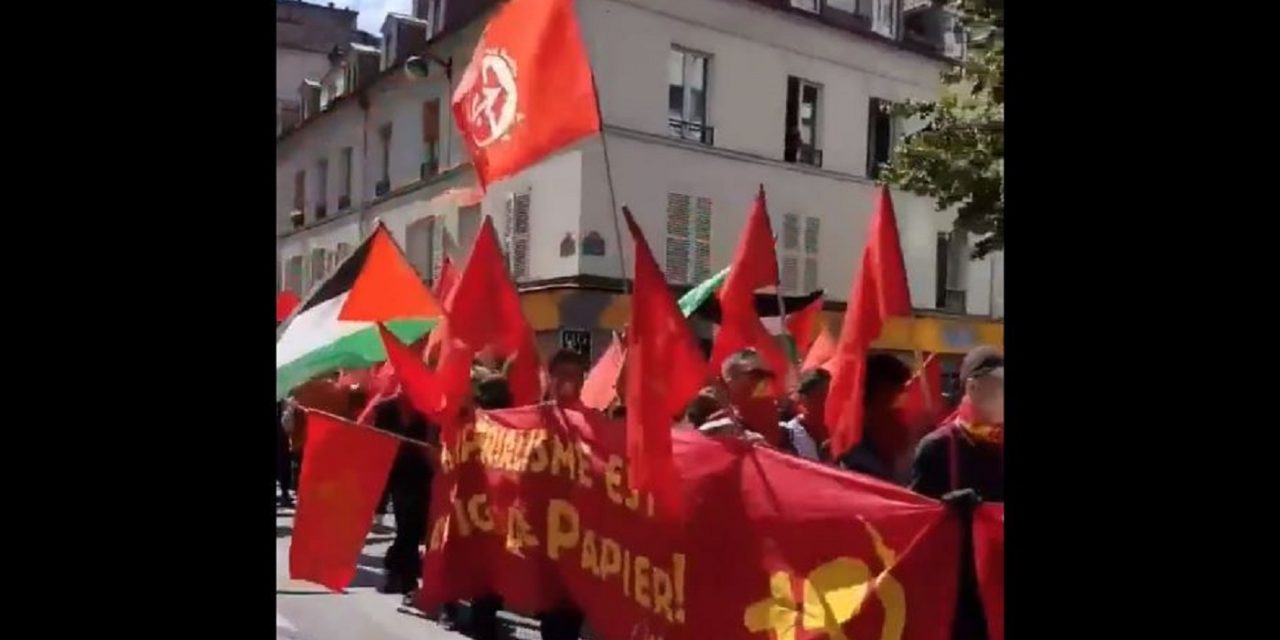 A march in central Paris on Saturday in solidarity with a Lebanese terrorist saw chants of “Death to Israel” and the flying of flags belonging to a banned terror group.

On 22 June, dozens of activists armed paraded down the French capital’s 19th Arrondissement brandishing numerous Communist flags, Palestinian flags, and flags of the Popular Front for the Liberation of Palestine – an organisation on the official list of terrorist organisations by Canada, United States, Israel, Australia and the European Union (of which France is a part).

“To hear ‘Death to Israel’ in the streets of France in 2019 is untenable. This anti-Zionist and anti-Semitic act is intolerable. I am surprised that such a demonstration of support for the terrorist Georges Ibrahim Abdallah was authorized in Paris by the Prefecture de Police! He wrote.

Aliza Bin Noun, ambassador of France in Israel, said she was “shocked, especially since the organisers received permission from the Prefecture of Police.”

Georges Ibrahim Abdallah was sentenced to life in prison in 1987 for killing two US and Israeli citizens in 1982 when he was leader of the Marxist-Leninist guerrilla group Lebanese Armed Revolutionary Factions.

The Lebanese Armed Revolutionary Factions claimed responsibility for these acts, which included the murder of US military attaché Charles Ray and Israeli diplomat Yakov Barsimentov in Paris. Abdallah, who has reportedly converted to Islam, was also convicted of his involvement in an assassination attempt on Robert O. Homme, an American consul in Strasbourg.

Self-described as a “revolutionary Communist and anti-Zionist militant”, Abdallah has filed for parole seven times – to no avail. Abdallah’s most recent request for release on parole, filed in May 2009, was rejected by a Paris appeals court that deemed the prisoner “a resolute and pitiless militant” who might take up his “combat” again upon returning to Lebanon.

Lebanese-based Hezbollah, a terror group proscribed by France as well as the US and UK, has frequently called on France to liberate Abdallah, and the Lebanese authorities have already asked France to hand over the man they have called “one of their oppressed sons”.