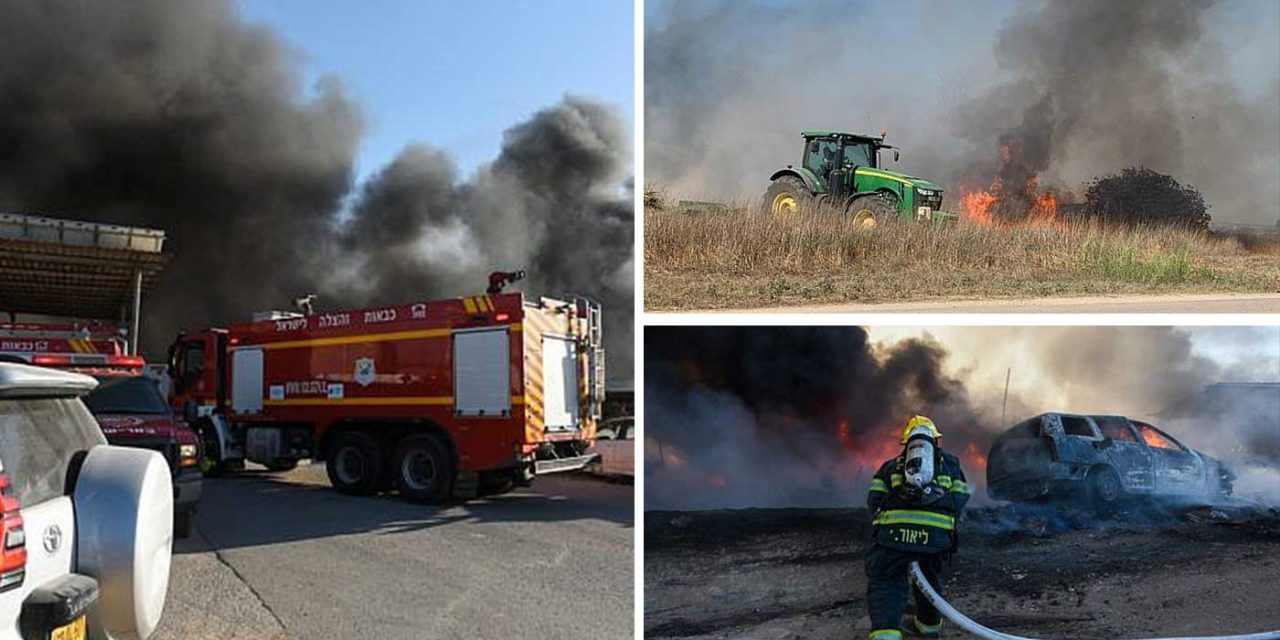 Palestinian terrorists from Hamas and other terrorist factions in Gaza have been setting fire to Israeli fields in protest to the Bahrain peace summit held this week between the US and Middle Eastern countries.

Israel was not involved in the Bahrain summit, but Hamas chose to attack Israel (and not Egypt) as Palestinian leaders rejected an offer of $50 billion in a bid to obtain peace.

Since Sunday, Palestinian terrorists have caused more than 100 fires in Israeli civilian communities along the edge of the Gaza border.

This is one of the fires 👇pic.twitter.com/ayCZXXTYR9

Earlier in the week, Israel announced it would be restricting the transfer of diesel fuel into the Gaza Strip and would restrict the fishing zone for Palestinians. Israel took this action in an attempt to stop continued terror attacks by Hamas which are a violation of the unofficial cease-fire agreement between Israel and the terrorist groups in the Strip.

According to reports by the Gaza-based Sawa news agency, Hamas has reached an agreement with Israel (through UN and Egyptian negotiators) to halt their terrorist firebombing campaign and Israel has agreed to send diesel fuel to the Gaza power plant and expand the fishing zone to 15 nautical miles.

There has been growing frustration in Israel over the use of fire kites by Hamas. Earlier in the week, one landed in a kindergarten. Thankfully the school was empty as it happened at 4 pm, just minutes after the children left for the day.

This truce is unlikely to hold for long. Hamas are simply biding their time, allowing fuel supplies to enter the country again before continuing their attacks. Therefore, we must continue to pray for Israeli civilians around the Gaza border who are under constant threat from terrorists and for the IDF who are protecting their people from this threat.

Defense Minister Benny Gantz said Tuesday that Israel has the ability to cause serious damage to Iran’s nuclear programme, and warned that reviving a 2015 pact with world powers to curb...
Read More

The head of MI6 believes the Iranian regime has no interest in cutting a new nuclear deal, but says European leaders and America won’t give up trying. Richard Moore, a career...
Read More

A British Royal Navy vessel seized a sophisticated shipment of Iranian missiles in the Gulf of Oman earlier this year, officials said Thursday, pointing to the interdiction...
Read More