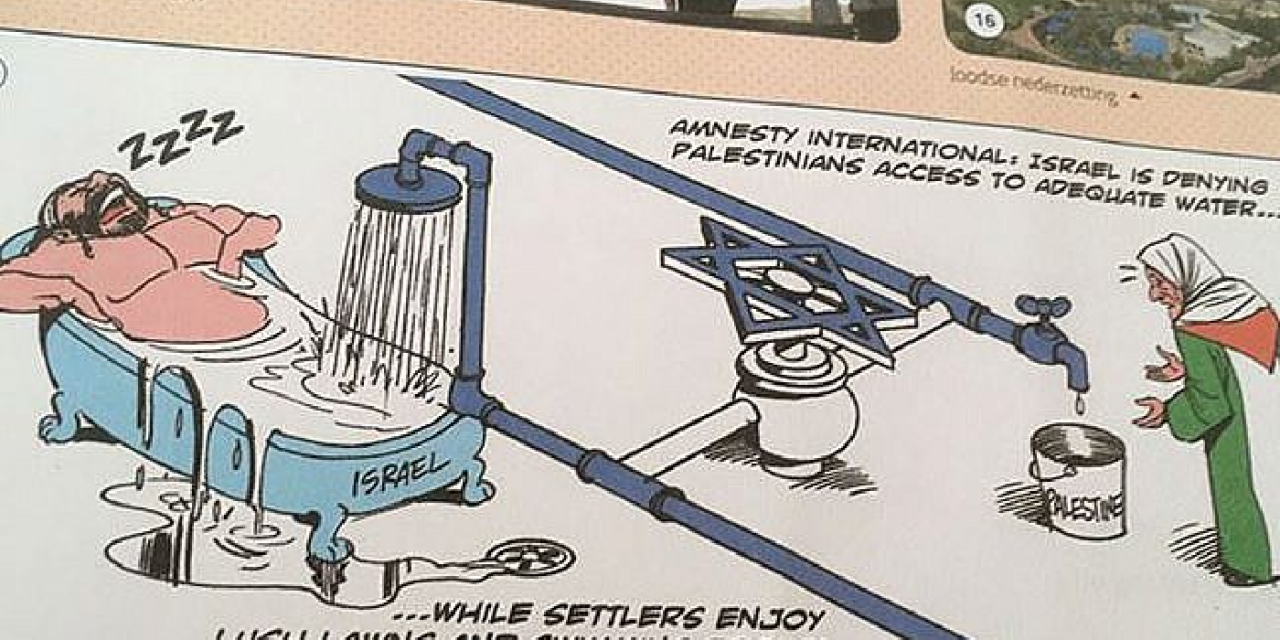 A Belgian parent has complained about an anti-Semitic cartoon featured in a Belgian geography book.

The parent reported the cartoon he found in his 15-years-old child’s book to the International Legal Forum NGO. The 2016 geography textbook, “Polaris GO!3”, was approved by the Belgian Education Ministry and was used in high schools throughout the country.

The cartoon was claiming to purport the allegation of inequality in water access between Israelis and Palestinians. On the left side, the cartoon shows an overweight adult Israel with traditional Jewish payos in a bath full of water, while, on the right side, it showed an unhappy Palestinian woman with an empty bucket.

Director of the International Legal Forum attorney Yifa Segal, who is deeply involved in the international struggle against the worldwide Boycott, Divestment and Sanctions (BDS) movement, was astounded by a copy of the textbook she obtained and consequently sent a scathing letter to the Belgian education minister demanding the anti-Semitic caricature be removed summarily.

“It could scarcely be believed that in 2018 Belgium caricatures exist that scream anti-Semitism so bluntly,” Segal said. “This act is not only immoral but also illegal and we demand the caricature be summarily expunged.”

The cartoon is by the Brazilian artist Latuff, who often compares Israel to Nazi Germany in his works.

A spokesperson for Amnesty International has told the Joods Actueel monthly in Belgium that the cartoon is “misleading.”