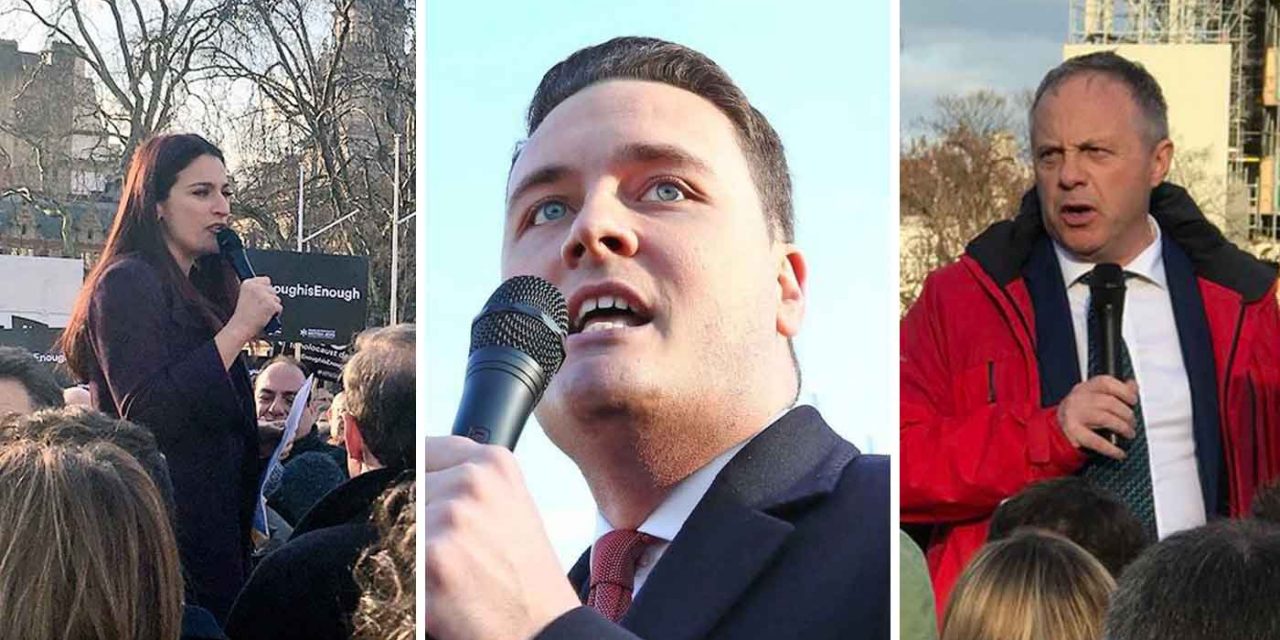 A number of Labour MPs have received abuse from online trolls and Corbyn supporters, with one MP being threatened with deselection. The abuse prompted a letter to Labour Leader Jeremy Corbyn outlining what must be done to tackle the issue of antisemitism in the party.

Wes Streeting, Labour MP for Ilford North and co-chair of the All-Party Parliamentary Group on British Jews, received a torrent of abuse from online trolls who claimed he was using anti-Semitism as a “political football” and accused him of trying to “smear” Jeremy Corbyn.

Responding directly to claims that he is trying to “destroy” Labour’s chances of winning votes by attending, Mr Streeting tweeted: “Fighting racism won’t cost us votes, failure to fight it will. But this isn’t about votes, it’s about our values.”

Another Labour MP who spoke out at Monday’s demonstration was Luciana Berger, parliamentary chair of the Jewish Labour Movement.

She said: “I tell you that anti-Semitism is very real and it’s alive in the Labour Party. It pains me to have to stand before you and have to say that today.”

Adding that anti-Semitism within the party had now become more “conspicuous”, “commonplace” and “corrosive”.

In an interview with Jewish News this week, Labour leader Jeremy Corbyn admitted that Ms Berger, alongside Dianne Abbot, had received the most abuse out of Labour MPs. Some of the abuse directed at Ms Berger has been vile anti-Semitism, with some using the fact she is Jewish as a way to attack her.

David Lammy, Labour MP for Tottenham, was another target of abuse and was also threatened with deselection by some of his constituents who were also Corbyn supporters because it was seen as part of a wider attack against the Labour leader.

On Tuesday night, one wrote that he “would generally support our MP standing by fellow Jewish citizens against anti-Semitism but given the wider political context of yesterday’s demonstration and the way in which its critical focus on Jeremy Corbyn’s leadership has been exploited I’m disappointed that David saw fit to join [it]”.

Another said Lammy’s appearance was “a kick in the teeth for all our Jewish comrades standing against this ********,” while another said: “I want a candidate in the next election who wants Labour to win.” They add, “he can be triggered in December if we have not had an election by then”, in reference to deselection.

Councillor Joe Goldberg last year reported being “threatened by Labour Party members for voting for a motion on anti-Semitism” at a council meeting in Haringey. This week he said: “This is institutional. Today’s Tottenham Facebook page beggars belief as proof of this.”

John Mann, Labour MP for Bassetlaw who is the chair of the All-Party Parliamentary Group Against Antisemitism, has been one of the most outspoken voices against Labour’s antisemitism problems. As predicted, he also received abuse online.

In response to all this abuse, two of the MPs took it upon themselves to write to the Labour leader and called for him to address the situation.

“Unfortunately, some people in our party still haven’t got your message.

“The only way our party will be able to show that we’ve got the message is through action, rather than words. In this context, we urge you to take the following actions immediately: