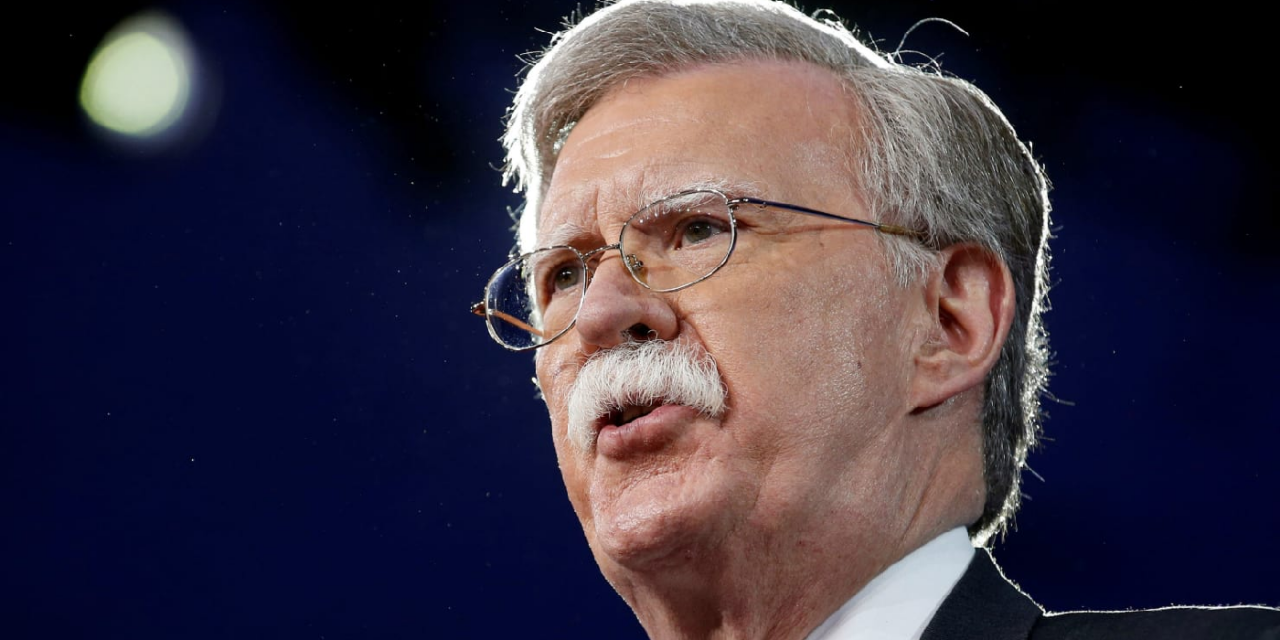 I am pleased to announce that, effective 4/9/18, @AmbJohnBolton will be my new National Security Advisor. I am very thankful for the service of General H.R. McMaster who has done an outstanding job & will always remain my friend. There will be an official contact handover on 4/9.

John Bolton has been outspoken in his stances on Israel and the Arab world. He is a well-known supporter of Israel and a harsh critic of the Iranian regime and supports a pre-emptive strike against North Korea.

He has even dared to say that the two-state solution is dead.

My official statement on accepting @POTUS' request to become the next National Security Advisor. pic.twitter.com/lptI5AwSeU

Palestinian diplomats were quick to show their opposition to Trump’s appointment of Bolton.

“This man has a long history of hostility to Palestinians, dating to when he was at the United Nations, where he was protecting Israeli immunity,” senior Palestinian official Hanan Ashrawi told AFP.

She continued saying that the Trump administration “has joined with extremist Zionists, fundamentalist Christians and white racists.”

On the other hand, the Israeli government praised the appointment. “President Trump is continuing to appoint true friends of Israel to senior positions. John Bolton stands out among them,” said Justice Minister Ayelet Shaked, of the Jewish Home party.

Bolton has already served in important positions. He was the US Ambassador to the United Nations from 2005 to 2006 and served in the Republican administrations of Ronald Reagan, George H.W. Bush and George H. Bush.

Bolton is replacing General H.R. McMaster who served in this position since 2017. It is thought that his replacement is the result of growing tensions between him and President Trump.

Last summer, McMaster was targeted by campaigns accusing him of not being tough enough on Iran and not supportive enough of Israel.

Bolton is a long-time friend of Christians United for Israel and has been a regular speaker at CUFI events in the US since 2011. He is due to speak at CUFI’s Washington Summit 2018 in July.