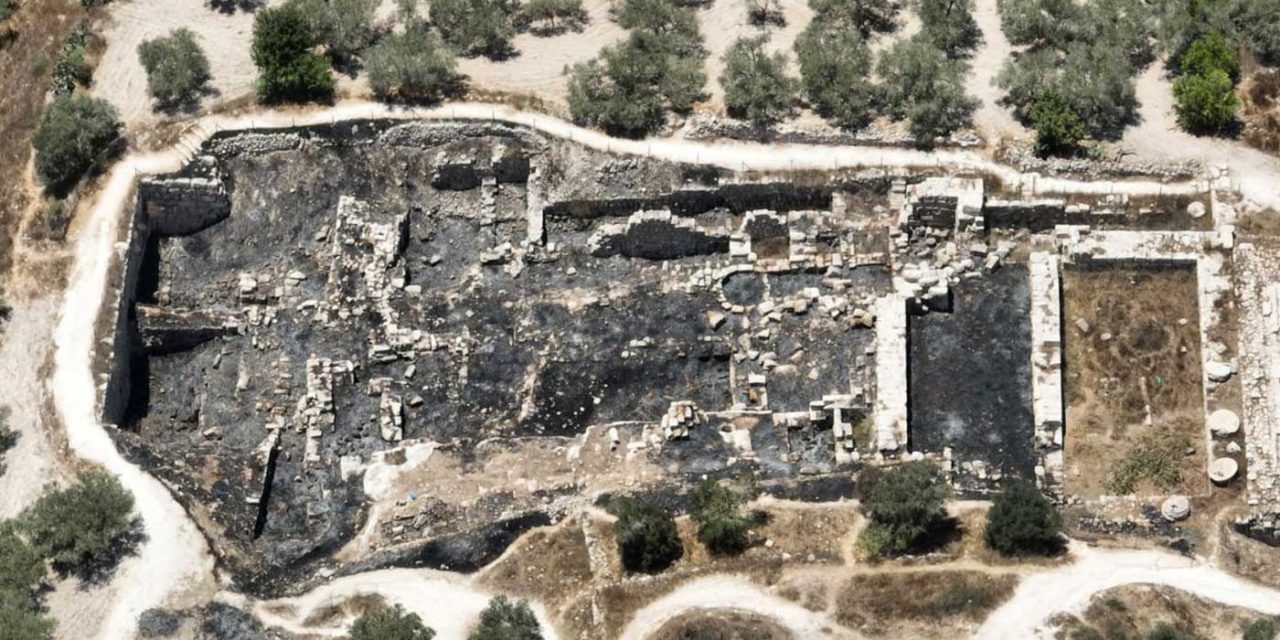 Palestinian vandals caused extensive damage to the Ancient Samaria heritage site in Tel Sebastia over the weekend, setting fire to parts of it and scrawling graffiti in Arabic on the ancient building stones.

Large parts of the site were burned, and damage was caused to the antiquities and archaeological findings at the site.

The arson and vandalism at the site were revealed by a patrol of the Samaria Regional Council and Shomrim Al Hanetzach (Preserving Eternity), a watchdog group dedicated to protecting Israel’s archaeological treasures.

Ancient Samaria is a Biblical-era city that served as the capital of the Kingdom of Israel during the 9-8 centuries BCE. Historically, the ancient city of Samaria is the second most important city to the Jewish people after ancient Jerusalem. Archaeological excavations at the site have revealed remains from several periods, including an impressive building identified as the palace of the kings Omri and Ahab. Many archaeological findings were dug up at the site, including 500 pieces of carved ivory. The place was declared a national park and is managed by the Nature and Parks Authority.

Samaria Council Head Yossi Dagan charged that “time after time, the Palestinian Authority (PA) barbarically destroys historical and heritage sites in Judea and Samaria, and each time a new red line is crossed.”

“This is a national disgrace, the government is abandoning the most important heritage sites of the Jewish people. This is an attack on everything – an attack on Israel’s heritage. It is not possible that in the heart of the country, our history will be trampled and erased. Whoever burns the land and such an important place, the land is not his. The government of Israel and the IDF should guard the place and prosecute the rioters,” added Dagan.

“Burning the site and damaging it constitutes a criminal offence under the Antiquities Law,” said Adi Shargai, the activity coordinator at Shomrim Al Hanetzach. “We demand that the enforcement agencies act against the criminals, who took pictures of themselves with their faces visible.”