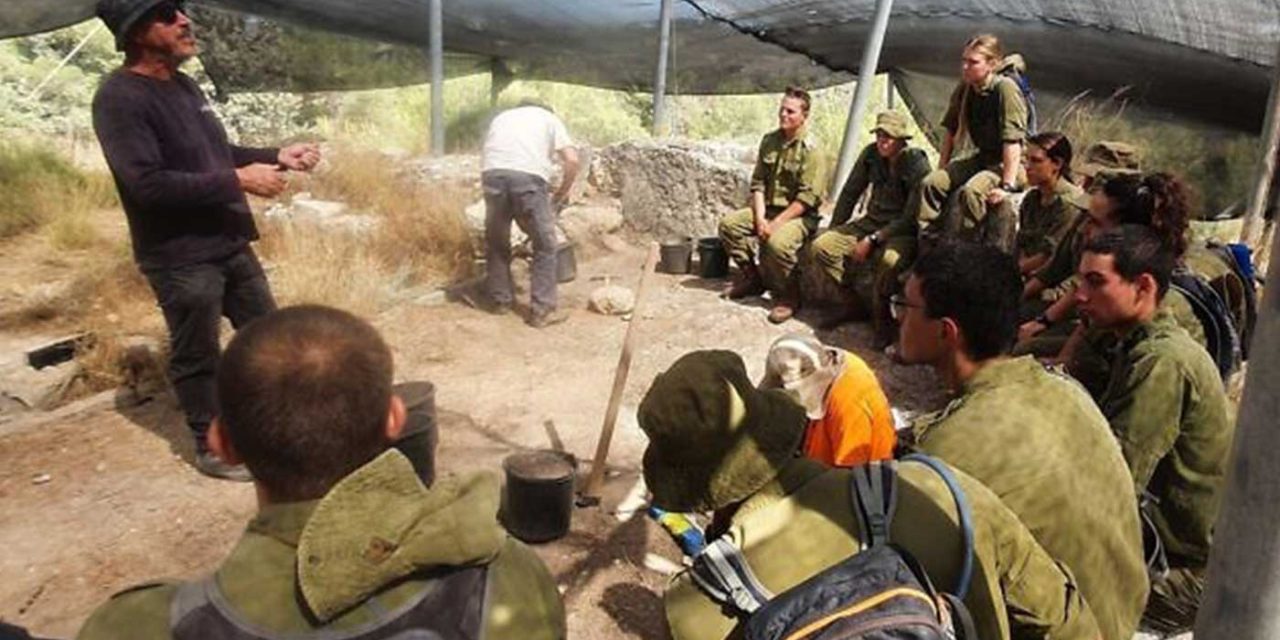 A group of IDF soldiers took part over the past month in an effort to uncover anew a 1,500-year-old nuns’ convent said to honor the biblical Hannah near the central town of Shoham, the Israel Antiquities Authority announced Monday.

A small area of the Horbat Hani site located inside a military zone had been unintentionally damaged by army activity, the release said. Soldiers were enlisted to excavate and clean up the convent in a joint educational project between the authority and military called The Nature Defense Forces Program: Officers Take Responsibility for the Environment.

“The Byzantine convent was first excavated twenty years ago by Dr. Uzi Dahari and Dr. Yehiel Zelinger of the Israel Antiquities Authority, and it was subsequently covered up to protect it. It is now visible again, thanks to the project carried out with the soldiers,” the statement read.

The convent at Horbat Hani may have been built to commemorate the final resting place of biblical Hannah, said the IAA. According to the Bible, Hannah, a wife of Elkanah, was childless until she promised to raise a child in the service of God, and thus she bore the prophet Samuel.

The original excavation revealed two buildings: one with a church paved with a colorful mosaic, nuns’ quarters, and a crypt, and another that included a “kitchen, refectory (dining hall) and an inn for pilgrims,” according to Issy Kornfield, the IAA’s director of the recent excavation.

“As often in the ancient world, the convent was erected here, commemorating an ancient tradition, possibly of the burial place of Hannah, mother of the prophet Samuel,” Kornfield said.