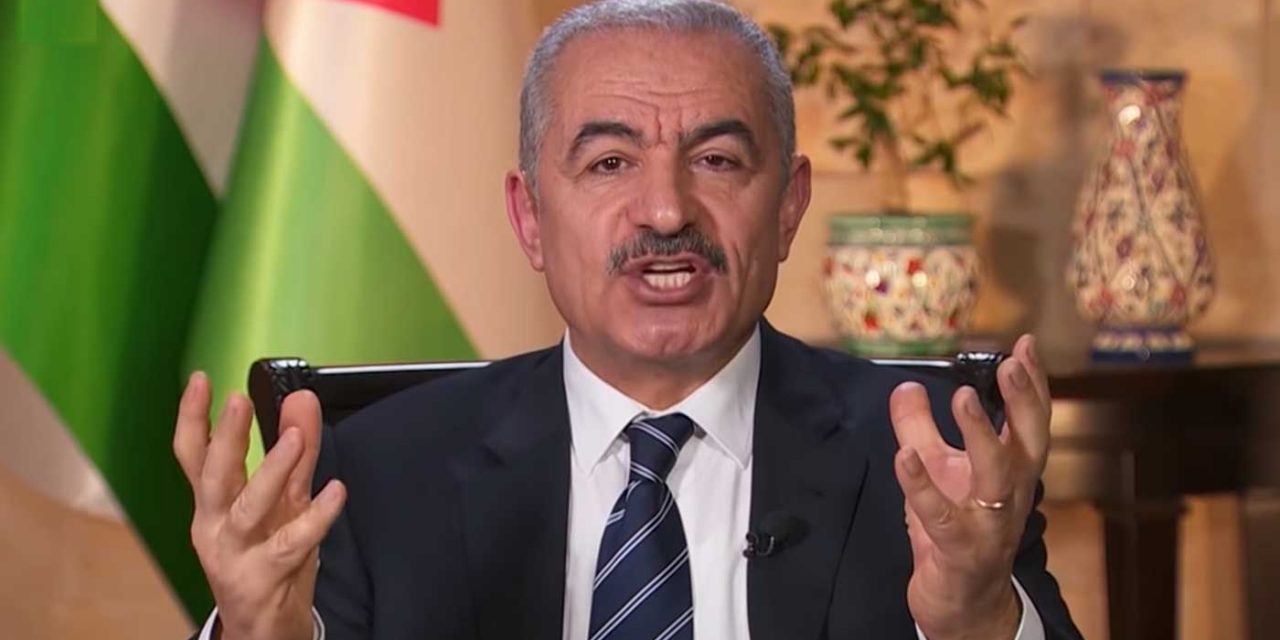 The Palestinian Authority’s Prime Minister Mohammad Shtayyeh has lied to an EU delegation saying that it was the Palestinian Ministry of Health that had vaccinated more than 105,000 Palestinians who work in Israel and not Israel themselves, despite this being a complete lie.

Israel has vaccinated 105,000 Palestinians who work in Israel. They did this for free to help the Palestinians and there is clear evidence for this.

European news agencies went into Israeli checkpoints and filmed Israeli health workers administering vaccines to Palestinians with no involvement at all from the Palestinian Ministry of Health, as evidenced in the video below.

Despite the evidence, Palestinian Prime Minister Mohammad Shtayyeh claimed it was in fact the Palestinian Health Ministry who delivered the vaccines, despite them having zero involvement in this.

Palestinian Ministry of Health: Our medical teams participated in the vaccination of 105,000 Palestinian workers at the border crossings between the West Bank and Israel. (No mention of Israel's role).

Shtayyeh made the comments during the launch of the COVAX vaccination campaign in Ramallah. COVAX is the United Nations initiative to distribute vaccines to developing countries.

The European Union sent a delegation to the West Bank, in partnership with the World Health Organisation and UNICEF, to deliver 61,000 vaccines to the Palestinian Authority. It was at the welcoming ceremony that Shtayyeh spoke these lies.

EU 🇪🇺taking part in launching the #COVAX vaccination campaign today in Ramallah in partnership with the Palestinian Authority🇵🇸, WHO, & UNICEF🇺🇳 No one is safe until everyone is safe 😷 pic.twitter.com/PWNwLIfNSb

Much of the aid to Gaza is due to a rival to Palestinian President Mahmoud Abbas who has singlehandedly done more to provide vaccinations to Palestinians than Hamas and the Palestinian Authority combined.

France24 reports: “Mohammed Dahlan, who has been living in Abu Dhabi since falling out with Abbas in 2011, has secured the delivery of 60,000 shots to Gaza and promised more, embarrassing Abbas ahead of Palestinian elections planned in May.”

Remember that earlier in the year the Palestinians refused to even ask Israel for help with vaccines until they realised they could exploit it for political gain. Seeing the success of Israel’s rollout they complained to the world that Israel was not helping them (despite Israel having no legal responsibility and the PA refusing to work with Israel). This led to countless news articles smearing Israel that were shared far and wide.

Now, when Israel starts mass vaccinations to help Palestinians, the Palestinian leadership refuses to thank or even acknowledge Israel’s generosity and instead tries to take credit for Israel’s actions.

Furthermore, an individual Palestinian who is living outside the territories (likely for safety reasons) has singlehandedly provided more vaccines to Palestinian than Hamas and the PA combined.

Unfortunately, Shtayyeh’s deception is not uncommon when it comes to the actions of the Palestinian leadership surrounding these vaccines.

Last month it was reported that the 2,000 vaccines Israel gave the Palestinians were misused. Despite the PA announcing publicly that these vaccines would only be for health workers, they later admitted they had actually distributed the first vaccines to some PA officials and even their family members.

These are just further examples of the corruption that takes place there. Palestinian leaders have lined their pockets for years with funds that should have gone to help their people.

Palestinian leaders exploit their populations and use them as pawns. The world needs to realise this and challenge their lies, deceit and corruption.