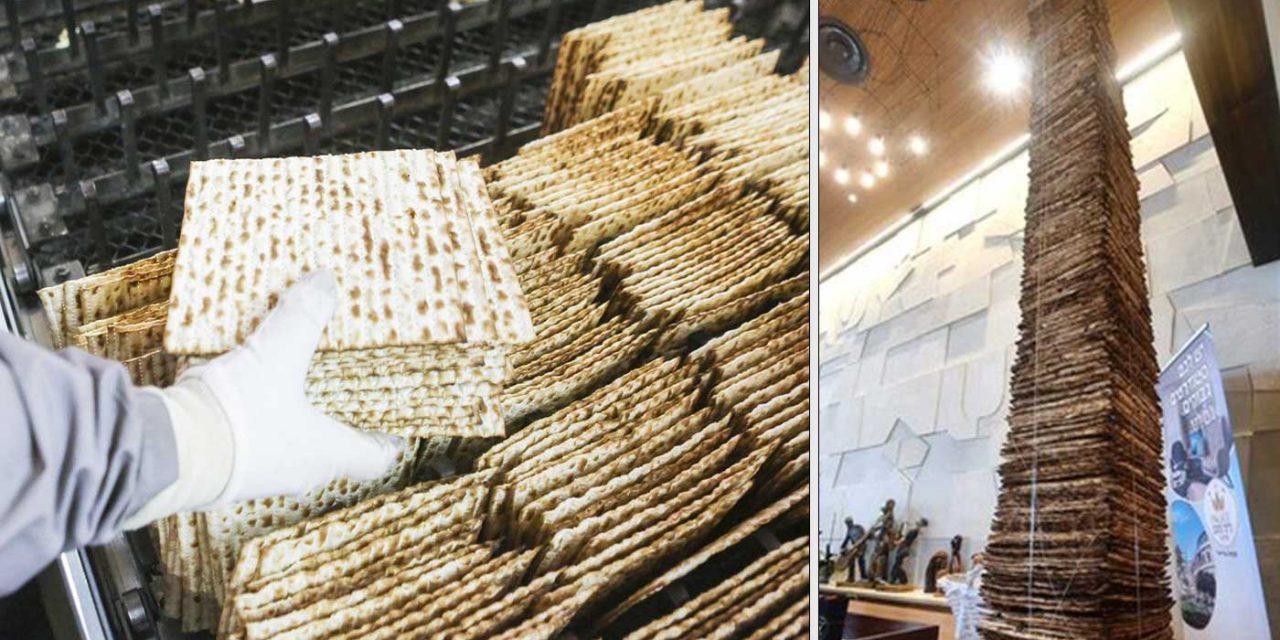 An Israeli community has broken a Guinness World Record by building the world’s largest Matzah tower.

We are sure this was a world record you never thought you would see broken in your lifetime – most likely because you had never known there was such a thing – but the record for building the world’s largest matzah tower has been broken.

If you are wondering what Matzah is, it’s a special type of flatbread, similar in taste and texture to a cracker, which is eaten during the Jewish feast of Passover and forms part of the Passover Seder.

Two hundred residents of the Azrieli Palace in Modi’in participated in the event which resulted in a tower being built that was 950 matzah’s high (17.7 feet) and weighed 10 kilos (22 pounds).

After the record was confirmed by Guinness World Records, Gili, the local chef, turned the tower into chocolate balls (kind of similar to how we’d make rice crispy cakes here) for the community to enjoy.

It may not be the most impressive example of Israeli ingenuity, but it is a bit of fun to see how some Israelis celebrate the Jewish feast of Passover which begins this weekend.