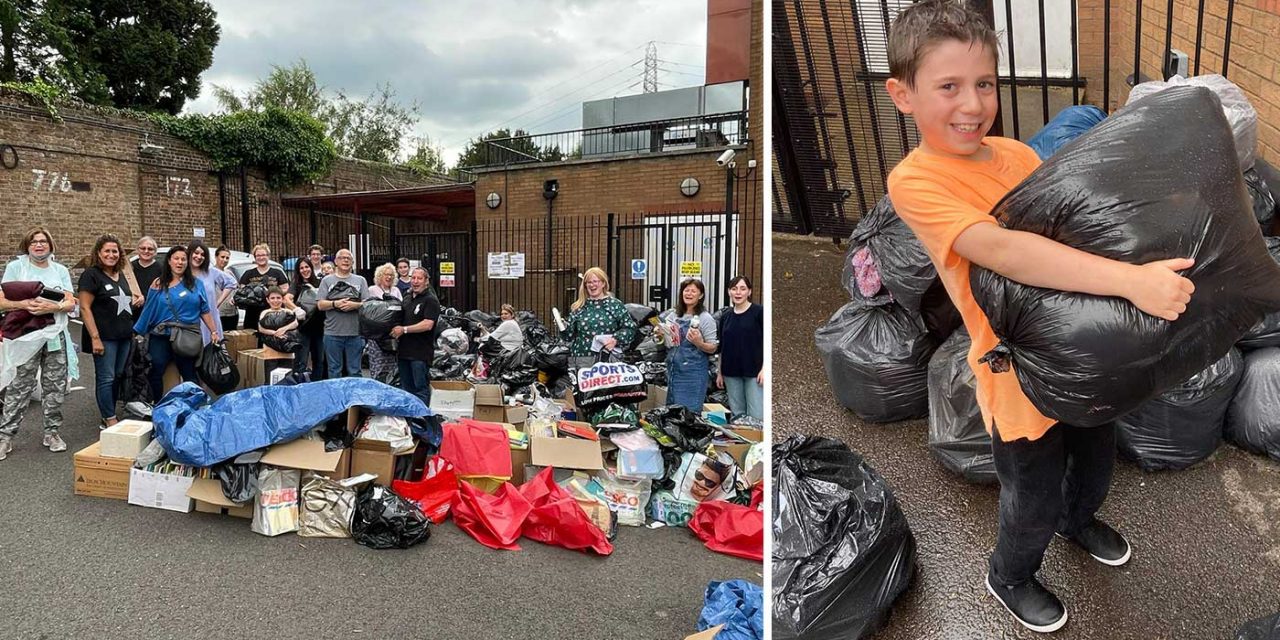 A wonderful display of caring for neighbours took place over on Sunday as hundreds of people donated items to an emergency collection for Afghan refugees.

Bushey United Synagogue in North London asked for help on Facebook over the weekend after several Afghan refugee families escaping the Taliban arrived in the area and needed help as they settled in the UK.

BGB said 17 families arrived in the local area on Sunday, after a direct flight saved them from possible persecution by the Taliban. The rabbi had been contacted by Laurence Brass, the councillor for Bushey North, who flagged that they needed items including warm clothing, toiletries, toys and basic school supplies.

The synagogue said it was “overwhelmed” with the response, with items going directly to more than 30 families living in hostels around Bushey.

From 10am to 1pm, hundreds of people arrived to donate items, as volunteers struggled to keep up with the generosity of donations, according to the Jewish News.

The synagogues Rabbi Feldman said: “My response was, ‘I am absolutely sure we can help although I am not sure we can look after all of their requirements, but we can certainly try.’

“It went crazy. People copied the (Facebook) message. They forwarded it around and by the time Sunday arrived we had around may 3,000 bags (of items) that had been brought to help out.”

He added: “It has been a tremendous act of love and completely run by volunteers who all just wanted to help. They are not just Jewish. The message ended up going far and wide and everyone just wanted to make a difference.”

Writer and actress Giovanna Fletcher described the event as “a community pulling together” and that she and a friend were amazed by the act of kindness.

In an Instagram post, she said: “On Thursday night Rabbi Elchonon Feldman put a message out on Facebook saying that 72 families have arrived locally from Afghanistan and that they need everything from clothes to children’s toys and books.

“Word spread. Three days later we were driving towards the synagogue and saw streams of people walking with bags to donate.”

She added: “I couldn’t believe my eyes. This is all being sorted and then distributed to people in need. It’s gone beyond the 72 families. What a welcoming sight.”

“The images from Afghanistan are heartbreaking but the community’s wonderful response is a tangible and practical way to make a difference to many people in need. Kol hakavod for leading the way.”

Mr Brass said he contacted the synagogue after visiting the hotels where the Afghans are temporarily been based and saw they needed many basic supplies including warm clothes as “they found the British cold (weather) very worrying”.

He said: “The Jewish community in Bushey responded in the most extraordinary fashion with tonnes and tonnes of items which the rabbi and I are looking forward to distributing this week to the refugees.

“I am delighted with the response.”