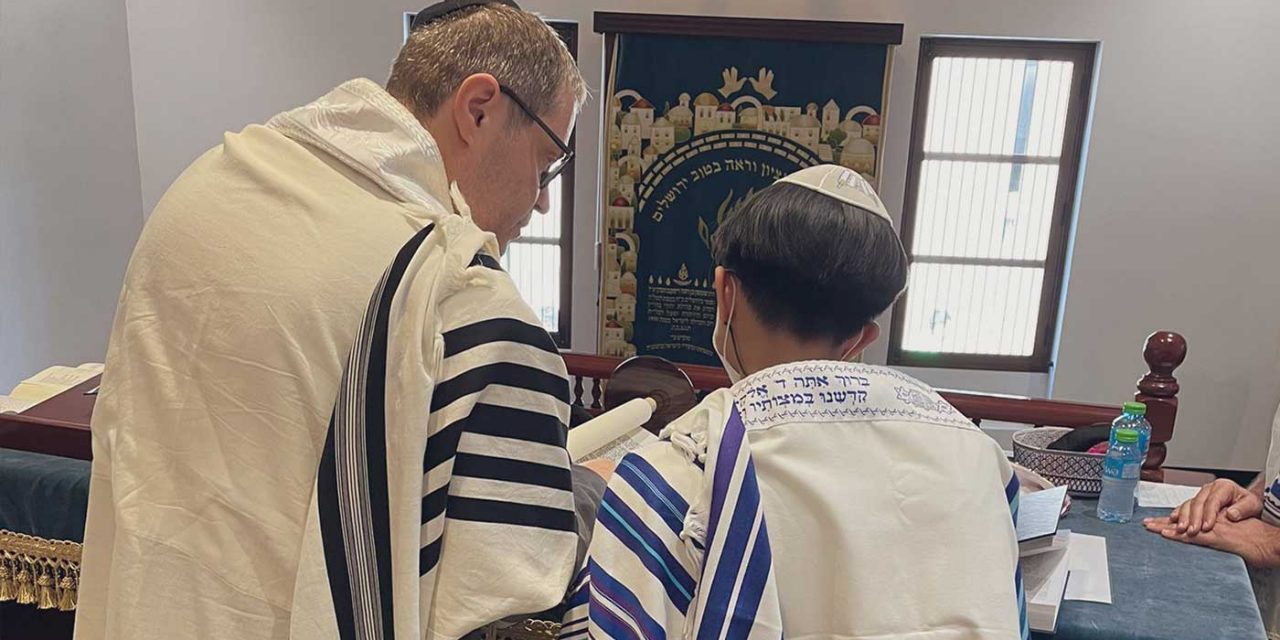 The fruits of peace were on display once again as Bahrain’s tiny Jewish community celebrated its first bar mitzvah in the country in over sixteen years.

Bahrain was one of the countries that signed the Abraham Accords with Israel last year and since the normalisation of ties between the two countries, Bahrain’s Jewish community has grown as well as flourish within the country.

The Association of Gulf Jewish Communities (AGJC) did not name the bar mitzvah boy who celebrated the special occasion but said he read from a Torah that was commissioned for Bahrain’s king by Jared Kushner, the former White House senior adviser who was instrumental in the signing of the Abraham Accords.

In Jewish tradition, a Bar Mitzvah (or Bat Mitzvah for girls) is a coming of age ceremony for Jewish boys when they reach the age of 12 or 13. This ceremony marks the time when a child becomes a Jewish adult. This means that they are now responsible for their own actions and can decide for themselves how they would like to practice Judaism.

“It is a very exciting time for Jewish life in the GCC as more families celebrate Jewish milestones more publicly,” said Eli Abadie, the AGJC’s rabbi.

“In addition to this young man’s bar mitzvah, we recently celebrated a bat mitzvah for a young woman in Oman and we have a number of other Jewish lifecycle events which will take place before the end of the year.

“This is an affirmation of the continued growth of Jewish life in the region.”

Ebrahim Dawood Nonoo, the AGJC president, said it was a “joyous occasion for our whole community, and we wish the young man and his family a Mazal Tov.

“It is incredibly special for us to use the Torah Jared commissioned in honour of His Majesty for the first time this weekend in the lead up to Bahrain’s first anniversary of signing the Abraham Accords which is all about creating a better life for the youth in our region – including this young man.”

“We are thrilled to share this weekend with the broader AGJC community and our Muslim friends who joined us for the festivities including the Bar Mitzvah,” Nonoo said.

May peace continue to flourish between Israel and Bahrain.