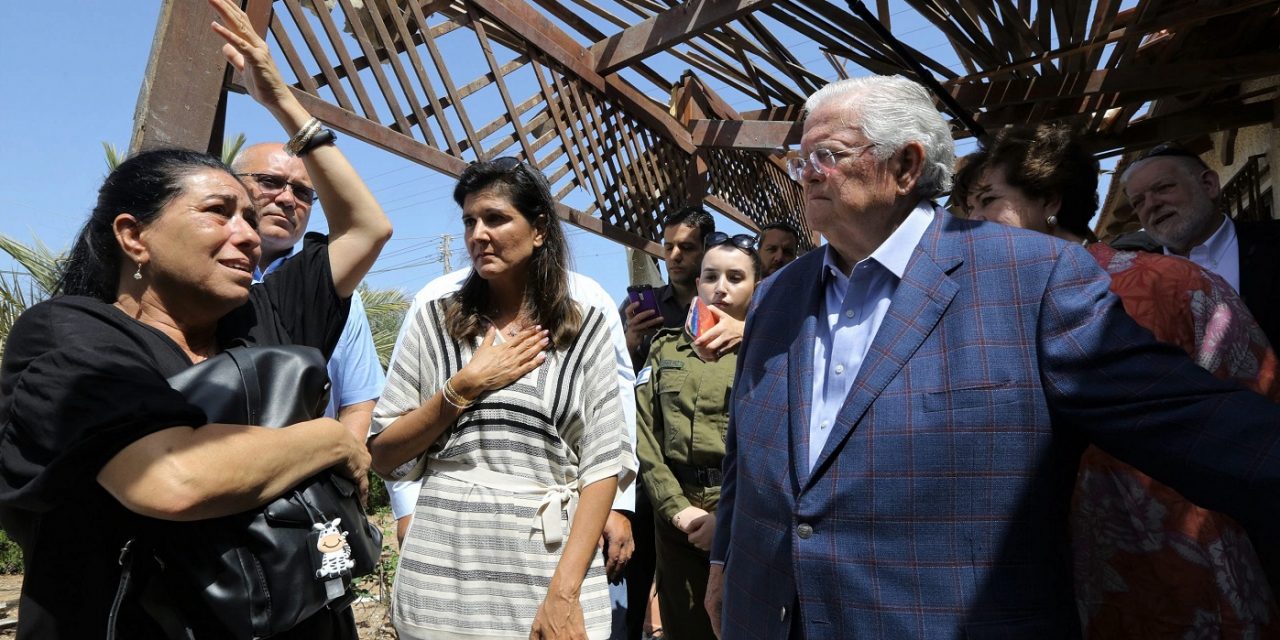 Pastor John Hagee, founder and chairman of Christians United for Israel, his wife Diana and CUFI leadership team from the US visited Israel this week on a special solidarity mission.

They were joined by former US Ambassador to the United Nations, Nikki Haley and her husband Michael. Ambassador Haley has long been a stalwart defender of Israel and a dear friend of CUFI.

Their mission on 13-14 June was simple: “to comfort and bless the Jewish people,” said Pastor Hagee, “In the wake of over 4,000 rockets fired into Israel in 11 days, we went to Israel to demonstrate that we stand unequivocally with God’s Chosen People.” 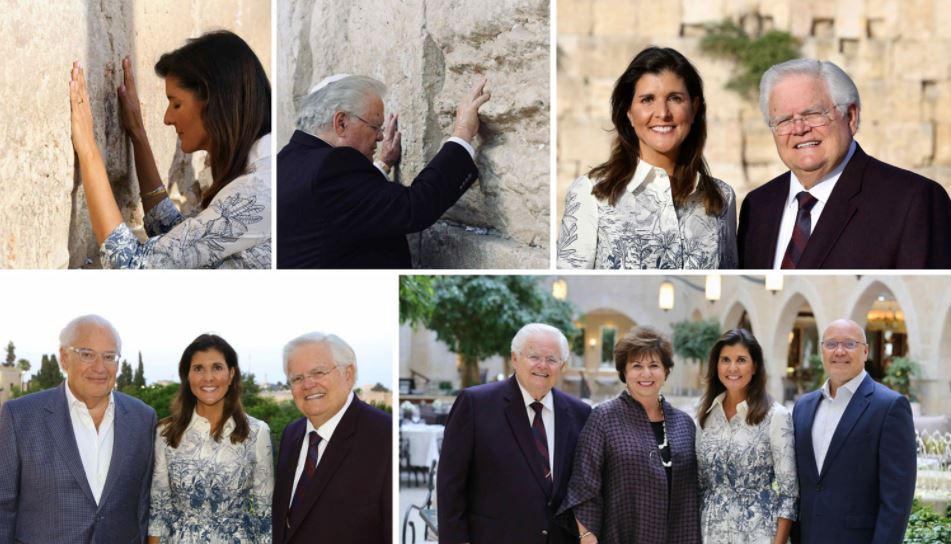 “We visited people whose homes were devastated by rocket attacks. The destruction and heartbreak foisted upon innocent Israelis by violent and senseless terrorists chilled me to the core and reminded me why CUFI’s existence is so critical,” he said. “Though Israel faces a merciless enemy time and time again, she will never face them alone—we will stand with her and the Jewish people forever.”

“The world is changing, and those at the helm of positive shifts will be people willing to relinquish old hatreds and embrace peace,” said Pastor Hagee. “Because of leaders like those who signed the Abraham Accords, the future for Israeli-Arab relations looks more and more bright.”

The group visited Israel’s south, viewing the damage in Ashkelon and Sderot, both of which suffered casualties during the 11-day conflict with Hamas in the Gaza Strip in May. During that time, more than 4,000 rockets were launched towards Israeli population centers.

“We saw houses with six-inch concrete walls shattered by rocket fire,” Pastor Hagee said during a press roundtable on Monday. “We saw houses 50 yards away from the blast center where the roof had been ripped off. We saw human hair plastered to the wall by the blast of those rockets. When people hear of a rocket, they don’t think of how awesome its power is.”

Nikki Haley said, “Israelis have the right to feel safe and defend themselves. We’re not going to let this go. We will make sure that we’re loud about what the root cause of this is. Israelis deserve to be safe in their home.”

She added: “If you had 4,500 rockets that went into [Washington] D.C., if any of our allies said we need restraint on both sides, we wouldn’t be appreciative of that. This is a civilian area; where is the [UN] Security Council, where is every government that believes in democracy and freedom? Any country that believes that we need to get rid of terrorist organizations around the world” should be asking what they did to help Israel.

“I’m angry,” she added. “This shows you what Hamas is trying to do. To kill civilians and Israelis are trying to defend themselves. Any dollar that goes to Gaza and Hamas, this is what they will use their dollars for. The idea that Israelis have to defend themselves over and over while a terrorist organization lies free and is able to attack innocent civilians like the Holocaust survivor that lived here is unacceptable and the world needs to respond to this. It shouldn’t be Israel fighting alone. It should always be that the world is united against any terrorist organization. Tell me where there is a government office here; show me an Israeli government official. This was them trying to hurt the heart of Israel.”

Hagee and Haley also stressed the importance of confronting Iran, noting that it supports Hamas and other terror groups in the region.

No matter the challenges, the people of Israel always celebrate life and thank God for their blessings. It's humbling to join them again in prayer at such a holy place. pic.twitter.com/XGCtb2aFhG

After praying at the Western Wall, Ambassador Haley tweeted, “No matter the challenges, the people of Israel always celebrate life and thank God for their blessings. It’s humbling to join them again in prayer at such a holy place.”

Haley added: “In a world where antisemitism is on the rise and there are growing calls for Israel’s destruction … it’s an honor to join CUFI’s solidarity mission with Israel and her people.”

CUFI tweeted, “We remain committed to unequivocally standing with our nation’s closest ally and will forever pray for the peace of Jerusalem.”