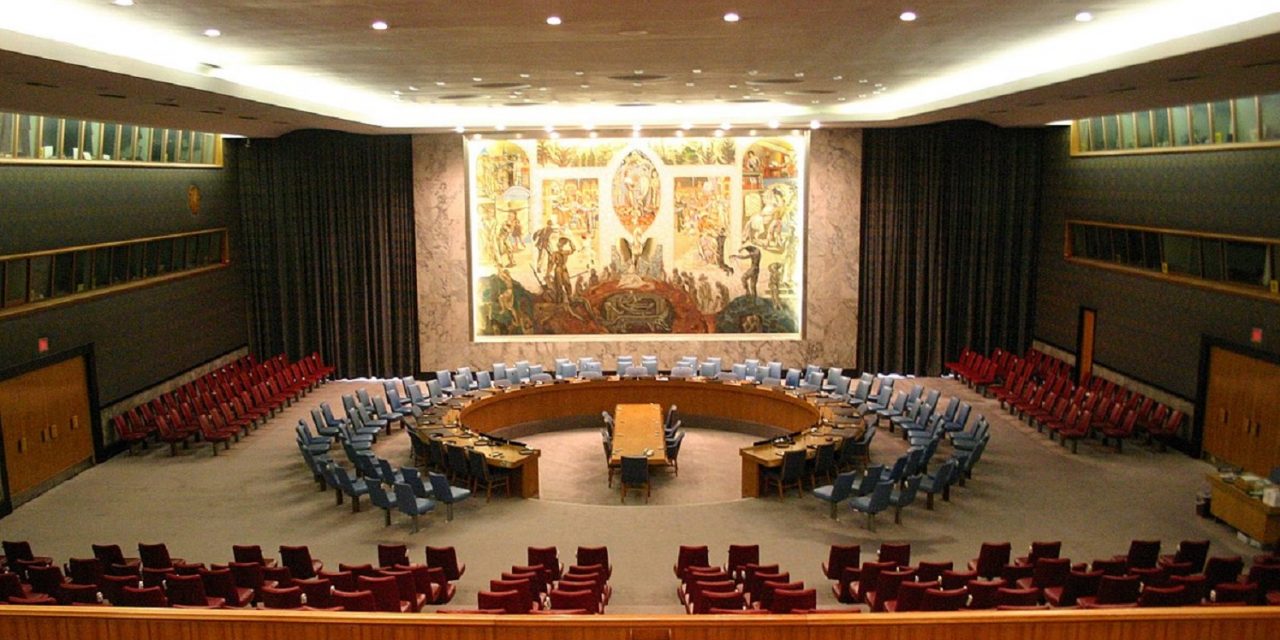 The UN Security Council’s new president, Norwegian Mona Juul, has said the council needs to “restore its focus” on the Israel-Palestinian conflict – something that will raise eyebrows among those already aware of the UN’s disproportionate singling out of Israel – and pledged that Norway will elevate discussions to a ministerial level on 19 January.

Juul, Oslo’s permanent representative to the UN denounced unilateral actions in the conflict and said she plans to invite Security Council members to a ‘mini-Oslo’ (a reference to the Oslo Accords) where they will discuss how best to address world peace.

Across the various UN bodies, Israel is frequently singled out and demonised. In 2021, the UN Human Rights Council passed more resolutions condemning Israel than all other countries combined. Few anti-Israel resolutions pass in the UN Security Council mainly due to the United States having veto powers. However some have been allowed to pass such as the notorious UNSC Resolution 2334 in December 2006, which was seen as a stab in the back by the Obama administration against Israel.

Despite the overwhelming bias against Israel at the UN, Mona Juul lamented a reduced international attention to the issues surrounding the Israel-Palestinian conflict, which she claims has been sidelined as a result of other Middle East conflicts.

“The people of Israel and Palestine do not deserve that,” she said on Tuesday during a press conference to discuss her country’s priorities as it assumes the presidency of the Security Council for January. “Thirty years after the Madrid conference, the Israeli-Palestinian issue deserves more attention.

“It’s critical to enhance the council’s focus and the need to find a political solution to this protracted conflict and make sure we avoid further actions that undermine the prospect of the two-state solution.”

Speaking against unilateral actions in the conflict, she added, “We need to make sure that there is a Palestinian Authority that can speak with one voice and come to the table with a mandate to make peace as well.”

According to Arab News, Juul worked as an official in the Norwegian Ministry of Foreign Affairs where she apparently played an “instrumental role” in the 1993 Oslo Accords peace initiative involving Israeli Prime Minister Yitzhak Rabin and Yasser Arafat, chairman of the Palestine Liberation Organization and was portrayed by actress Ruth Wilson in “Oslo,” an HBO film about the accords that was released in May last year.

Norway intends to organize a so-called “mini-Oslo” forum for members of Security Council. who will be invited to meet in Oslo, in a closed setting, and discuss “how to do better when it comes to preventive diplomacy and conflict resolution,” Juul said.

As the this month’s president of the UN body tasked with maintaining international peace and security, she admitted that the picture currently looks bleak but added: “We have to be optimistic and still believe that both as a Security Council member but also as a country … we will never give up on working in order to try to help solve conflict through dialogue rather than violent and military means.

“There are examples that (show) it is still possible to forge dialogue and to bring people to the table but we know it costs a lot, requires a lot of resources and, not least, it requires unity at the (Security Council).

“On many issues we have that unity, on some, we don’t — but we will do our utmost to forge that unity.”