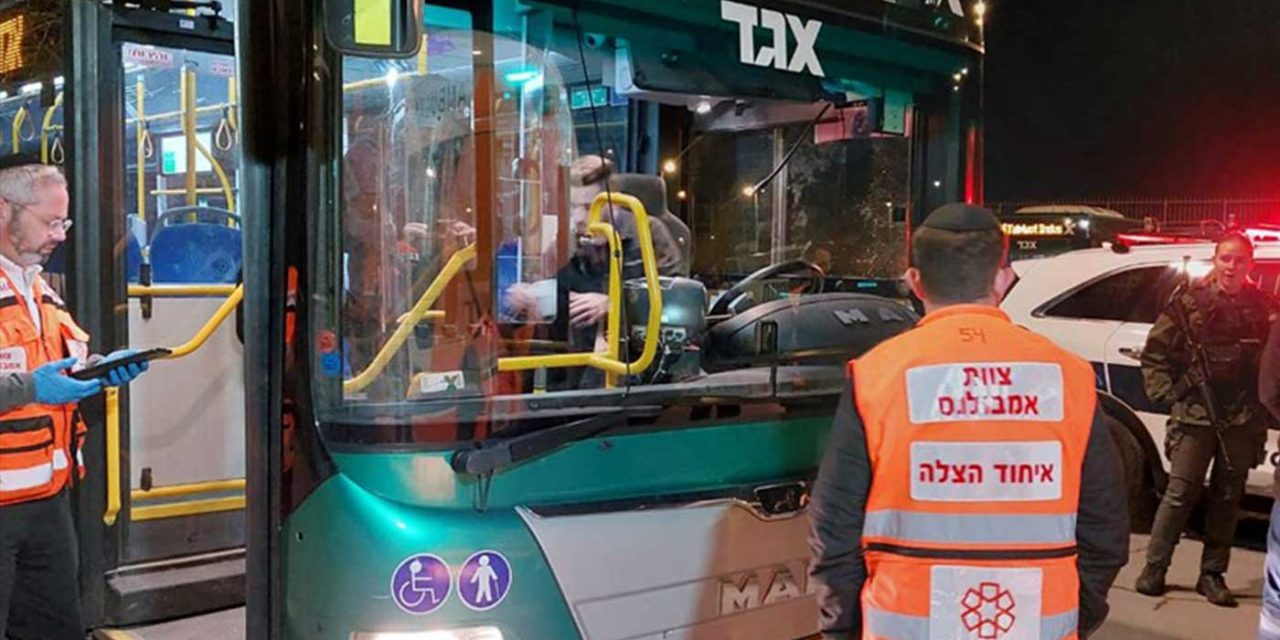 An Israeli bus driver was injured in a terror attack in Jerusalem last night when an Arab terrorist threw a firebomb at the bus he was driving near Har Hazofim.

United Hatzalah volunteers and an ambulance team treated the driver for light injuries. After receiving initial treatment at the scene, he was transported to the hospital by a United Hatzalah ambulance.

None of the passengers was harmed in the attack.

The bus drivers’ organization in Israel stated after the attack that “buses are a state symbol and are therefore attacked and the drivers and passengers pay a heavy price. Terrorism against buses must stop immediately.”

This attack was one of multiple rock and firebomb attacks perpetrated by Arab terrorists against Israelis in Jerusalem and in Judea and Samaria on Monday.