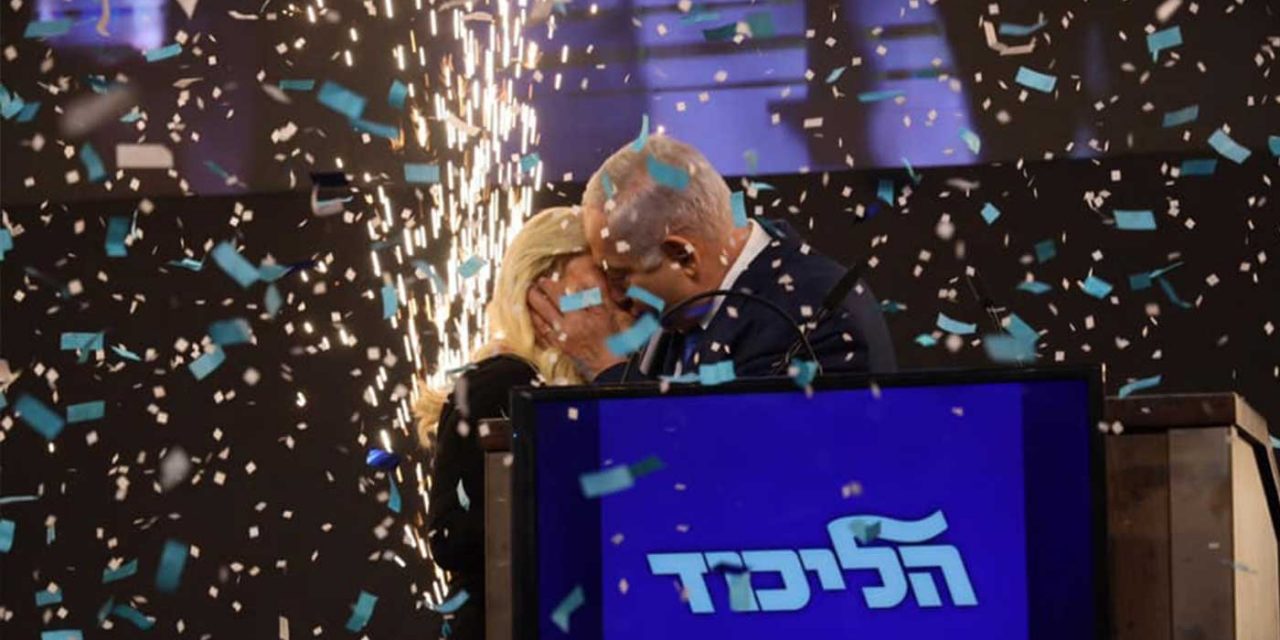 Prime Minister Benjamin Netanyahu, or “Bibi” as he is affectionately known as in Israel, won a clear electoral victory in Israel’s 2019 elections, giving him a record fifth term in office.

On Thursday evening, with all the votes counted, Netanyahu’s Likud party was one seat (36) ahead of Benny Gantz’s Blue and White party (35), but his right-wing bloc held a decisive lead of 65 to 55 in the 120 seat Knesset with Netanyahu safely winning and able to form a majority governing coalition.

“It will be a right-wing government, but I will be prime minister for all,” Mr Netanyahu told cheering supporters following the election.

“I intend to be the prime minister of all citizens of Israel. Right, left, Jews, non-Jews. All of Israel’s citizens.”

Three days after the vote, Benny Gantz, the Blue and White chairman and the main opposition to Netanyahu called the Prime Minister to congratulate him.

“With the end of the vote count and the announcement of final results, I congratulate you on the achievement in the elections. We will continue to serve the citizens of Israel, and I wish you and all of Israel a happy [upcoming Passover] holiday,” Gantz told Netanyahu, according to a readout provided by a Blue and White spokesperson.

“Thank you, I wish you a happy holiday. We will restore calm to Israel, each in his own capacity. Have a good Sabbath,” Netanyahu responded, recognizing the heated nature of the campaign in a readout of the short conversation released by Likud.

The call was reportedly brief.

President Reuven Rivlin will on Monday begin consultations with leaders and senior representatives of the 11 parties that won Knesset seats in Monday’s elections, to receive their recommendations for the candidate who should be tasked with forming the next government.

The president will meet with the representatives of parties in order of size, his office said, beginning with the party with the largest number of seats and ending with those that gained the fewest.

Some 40 parties took part in the election, and only those that receive at least 3.25% of the votes make it into parliament. No party has ever won a majority in Israel’s 120-seat parliament and it has always had coalition governments.

Here are the election results for 2019, from Times of Israel. 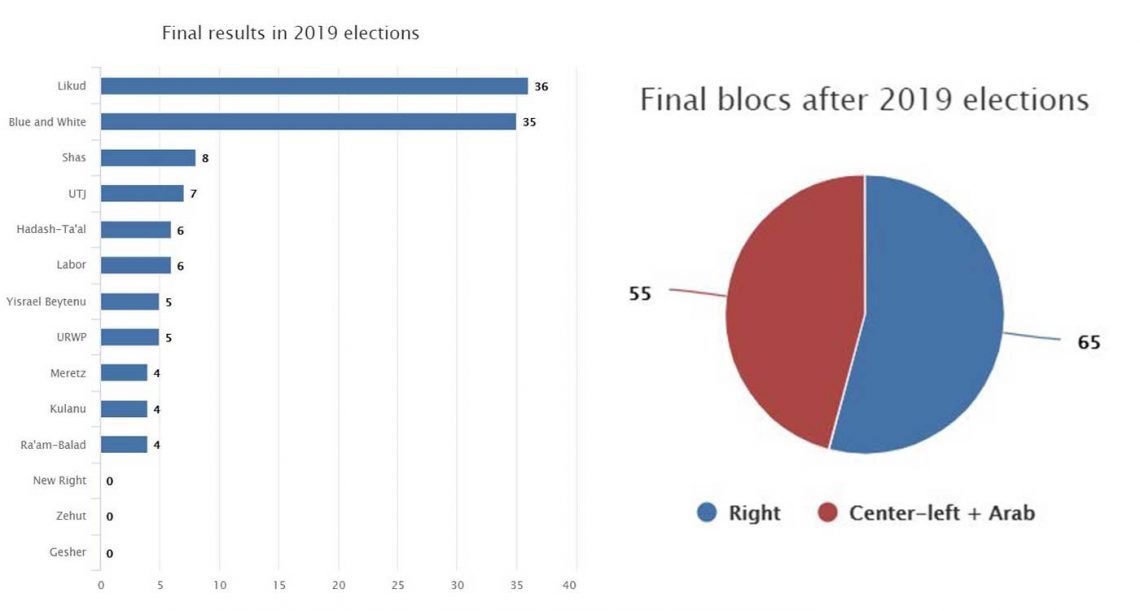 Since 2015, Netanyahu has been leading the country on a majority of 61 out of 120 seats (just two more than the opposition). With 65 seats out of 120 in the new government, and with the majority of them being in his own party, Netanyahu is set to have a stronger majority moving forward.

This was a historic election for Israel. Netanyahu is the only Israeli to win five elections, four of them consecutively, and is set to become Israel’s longest serving Prime Minister this summer, overtaking Israel’s founding father David Ben-Gurion.

The 69-year-old prime minister has been the dominant force in Israeli politics for the past two decades and its face to the world. His campaign has focused heavily on his friendship with President Donald Trump and his success in cultivating new allies, such as China, India and Brazil.

Despite the anti-Netanyahu narrative of the mainstream media around the world, and the constant disparaging remarks about the “Netanyahu government” by members of the our own British parliament, it is important to recognise that the past ten-years that Netanyahu has been in office in Israel has enjoyed great success in areas of improved international relations, a thriving economy and a much more secure and peaceful country for its people.

The Telegraph reports some of Netanyahu’s successes saying that his ten years in office have been some of the most peaceful in Israeli history. The suicide bombings that plagued the country in the early-2000s are a thing of the past. He kept Israel from being dragged into bloody Syrian war even though he has repeatedly ordered strikes against Iranian targets inside Syria.

Instead of becoming more diplomatically isolated, Israel has increasingly open relations with the Gulf Arab countries, based on their shared opposition to Iran. Mr Netanyahu has brought security cooperation with Egypt, Israel’s former mortal enemy, to new heights. And he has boosted Israel’s diplomatic standing in Asia, Africa and Latin America while receiving unprecedented support from the Trump White House.

Israel’s economy has almost doubled in size since Mr Netanyahu came to power in 2009 and it has emerged as one of the world’s most innovative hi-tech nations. Its growth rate has consistently outstripped that of the UK and other developed countries.