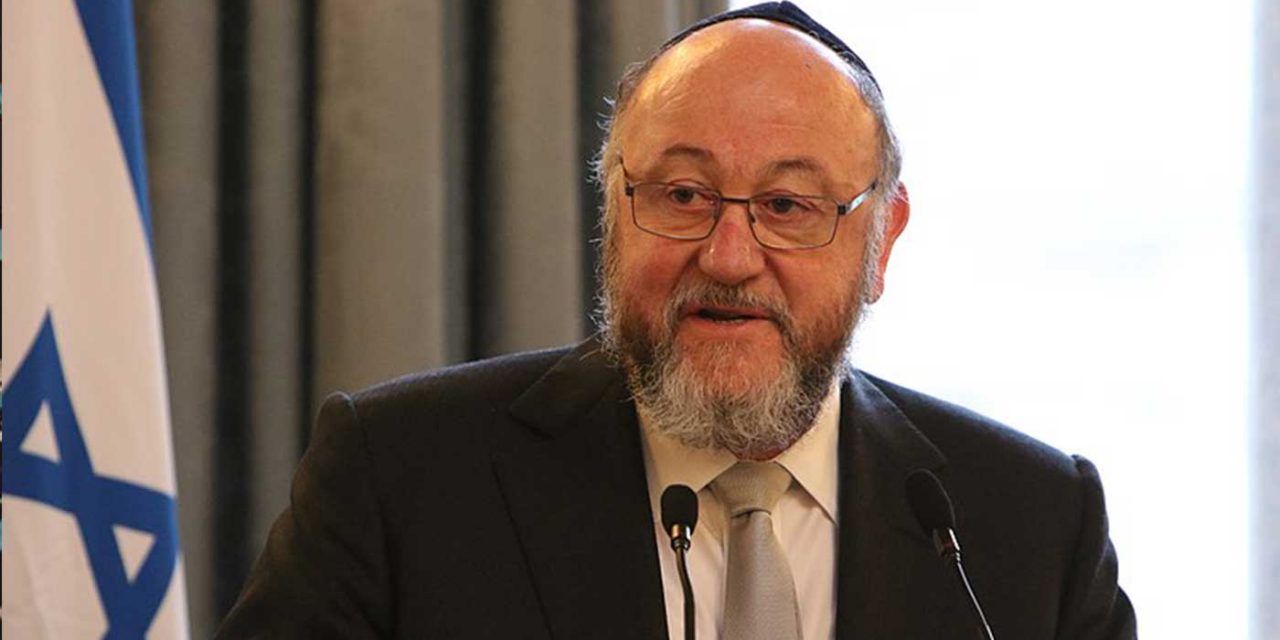 The UK’s Chief Rabbi Ephraim Mirvis has spoken out in support of the National Holocaust Memorial that is due to be built in Westminster.

“It’s important for us to recall the past for the sake of the future and to learn lessons from the past in order to increase our levels of tolerance and compassion in the UK,” Rabbi Mirvis told the Telegraph.

“And particularly now within a context of chronic and growing hate crime I think it’s so important for us to take the lessons from the Holocaust and to apply them to our contemporary times.”

He said that it is of “enormous significance” that amid an increase in religious hate crime that the memorial would be outside Westminster.

“It’s so important for us to have right in the shadow of –  in the heart of our democracy – to have a reminder of what can happen when hate speech goes unchecked and when hate speech has the potential to become hate crime which can, unfortunately, end up in becoming a Holocaust.

“So the warning signals are there and therefore the location couldn’t be better. It’s an extraordinary location which we welcome enormously.

Rabbi Mirvis added that one of the aims of the centre will be to “shed light” on the role of Parliament during the Second World War.

CUFI welcomes the comments from the Chief Rabbi and it appears he is echoing sentiments of our own.

Unbelievably, there is now opposed to this worthy cause. Thousands have signed a petition to OPPOSE this memorial, and hundreds have written to the council to complain about it.

Join more than 7,000 people who have signed our petition to support the national Holocaust Memorial in Westminster

Many are being misled into believing this memorial will destroy a green space in London. This is simply wrong!