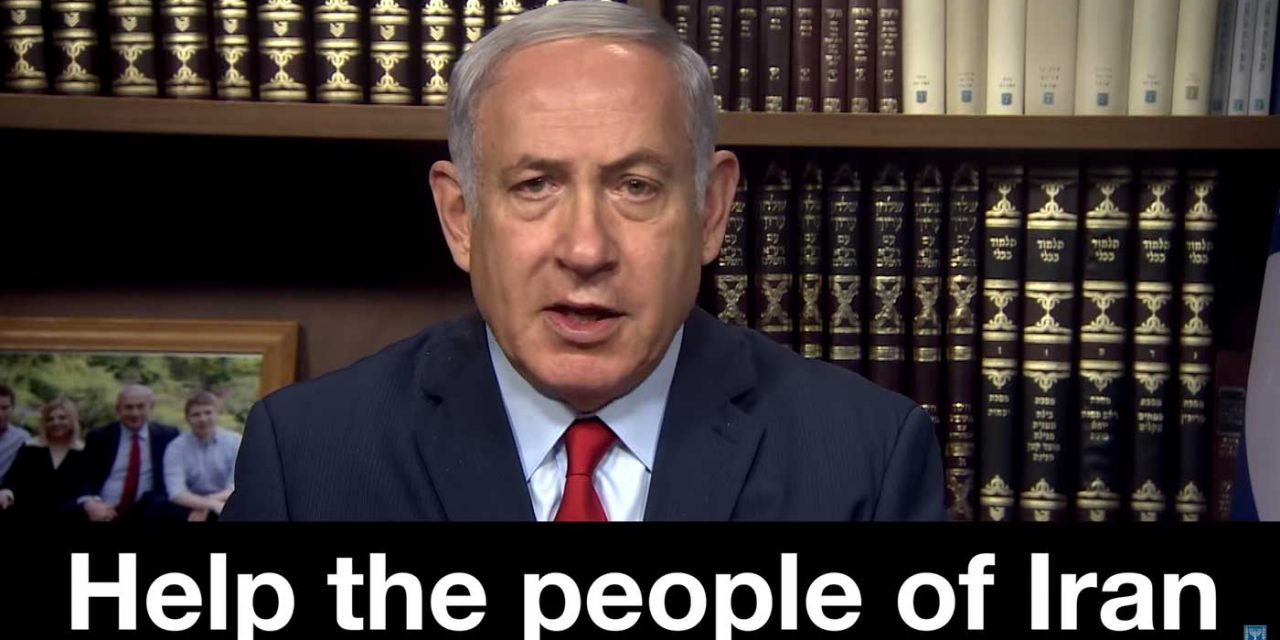 Netanyahu’s message was contained in a video released across social media in which he told the story of an imaginary 15-year-old girl called Fatemeh to illustrate the challenges that face contemporary Iranians.

“This is a tough story, but you need to hear it,” Netanyahu says, before delving into a narrative about the day in the life of Fatemeh, who has no water, is unable to remove her head covering for fear of being beaten by religious police, and whose school has been closed due to deadly smog blanketing the country.

Fatemah decides on her way home would buy a treat from her favourite bakery, only to find it closed during a nation-wide strike. And a fire that has blazed for days on the 20th floor of a high-rise building because the country’s firefighters lack the necessary equipment to extinguish it.

“Fatemeh is completely exasperated. ‘Why is everything in my country falling apart?’ she asks,” Netanyahu continues.

Next, Fatameh tries to relax watching TV, but the live programme she is watching suffers a power cut on their set.

“‘What are our leaders doing with all our money?’ Fatameh asks in despair.”

Netanyahu explains that Fatameh may be a made-up name, but her story is the real story of millions of Iranians.

“If you want peace,” Netanyahu says. “Help Fatameh. Help the people of Iran to raise their voice against a regime that oppresses them and denies them a life of dignity, prosperity and respect.”