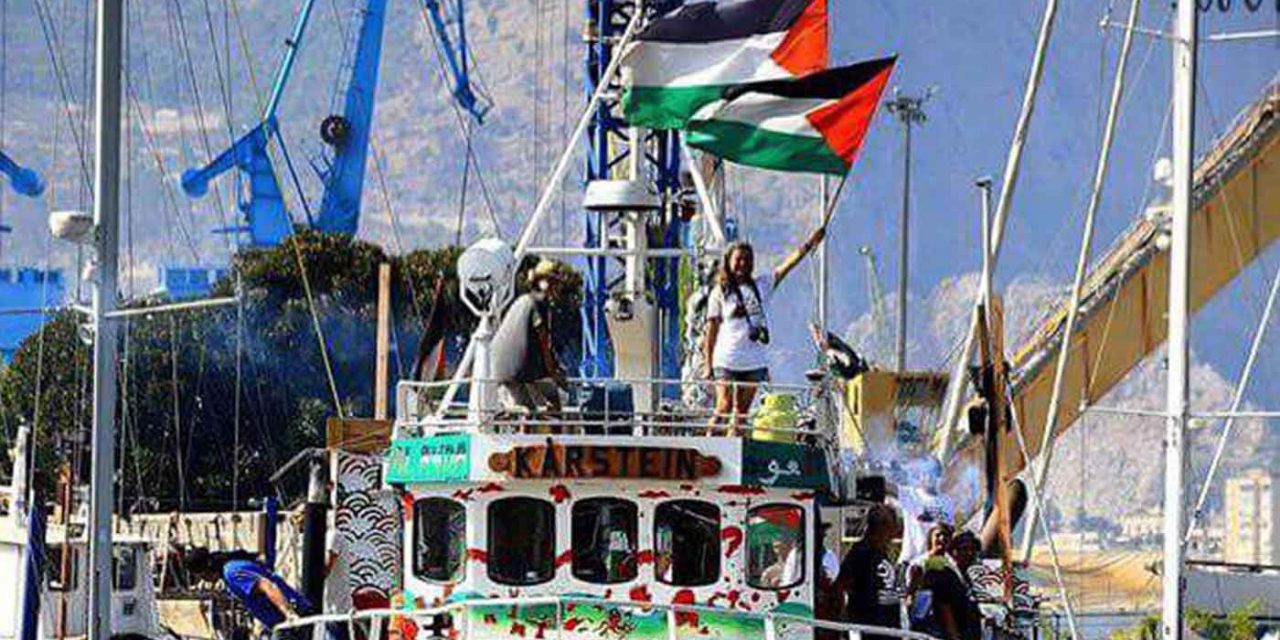 Israel’s Navy has intercepted an activist boat in the latest “Gaza Freedom Flotilla” attempting to reach Gaza by sea.

This is yet another publicity stunt by anti-Israel activists to demonise Israel in the world’s media. While the media will highlight that this boat carried “humanitarian aid”, the reality is that the tiny amount of aid on board would do little to help the Palestinians and if the activists truly wanted to help Gaza they would just send it legally by land, through Israel, and it would get safely to Gaza. It would also be a lot cheaper.

Instead they push the narrative that Israel is stopping medical supplies from entering Gaza and that Israel is illegally “kidnapping” people and “hijacking” boats. This is not the case. Israel’s naval blockade is fully legal according to international law. Just because activists say it isn’t doesn’t make it true. Surprisingly, even a United Nations investigation in 2011 concluded it is legal.

The boat, which was funded by people who donate to the Hamas terror organisation, is reported to have been carrying around £11,000 in medical supplies and was expected to reach Gaza Sunday evening but, according to activists, the Israel Navy intercepted Al Awda (“The Return”) less than 60 nautical miles from the blockaded coastal enclave.

The former fishing boat was sailing under a Norwegian flag and took off from Italy with 22 activists on board, including Israeli activist Yonatan Shapira, who is on his fourth attempt to break the blockade from the sea. Other activists came from Australia, Canada, France, Germany, Israel, Malaysia, New Zealand, Norway, Spain, Sweden, UK and the United States.

The boat has been towed to the Ashdod port in southern Israel. The activists on board will be questioned and deported

From 2008 through 2016, international activists have sailed 31 boats to challenge the Israeli naval blockade of Gaza.