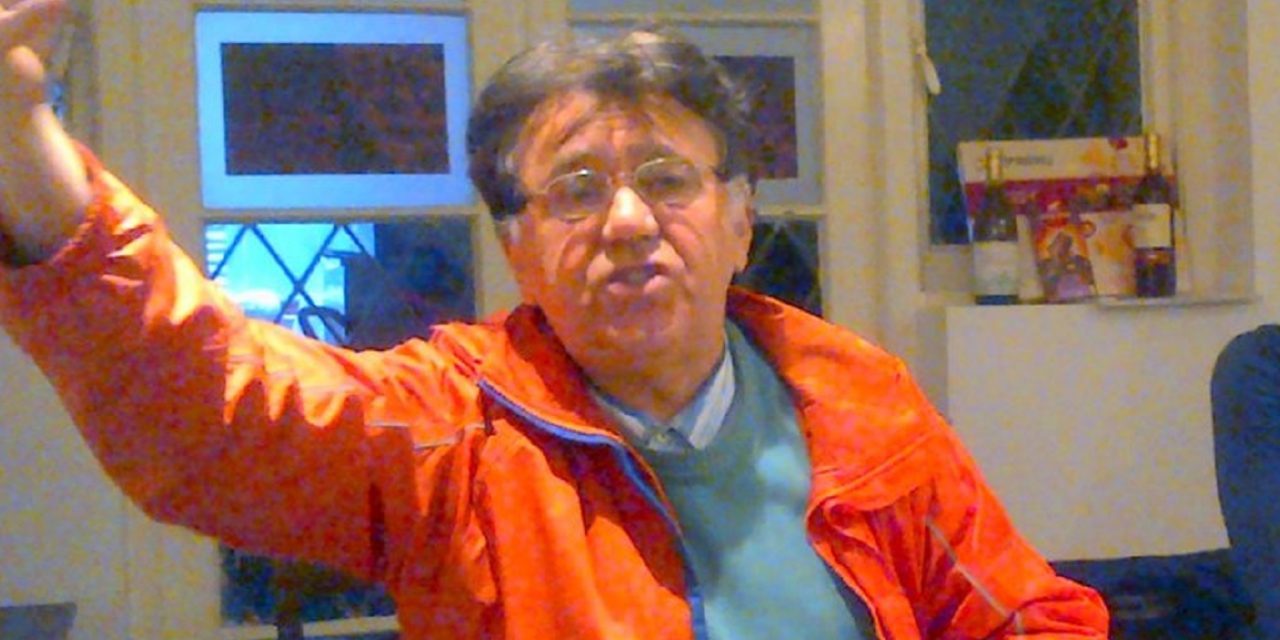 Jewish Chronicle – One of Jeremy Corbyn’s closest allies on Labour’s ruling body blamed Jewish “Trump fanatics” for false claims of antisemitism in the party, a recording obtained by the Jewish Chronicle confirms.

Explosive audio of Peter Willsman’s angry rant – at the meeting attended by Mr Corbyn where Labour’s ruling body approved a controversial new code of conduct on antisemitism – also shows he angrily demanded 68 rabbis, who warned Jew-hate had become “severe and widespread” within the party, provide evidence.

He says on the recording: ”We should ask the 70 rabbis ‘where is your evidence of severe and widespread antisemitism in this Party?’”

Mr Willsman then demands those at the National Executive Committee (NEC) meeting raise their hands if they have “seen” antisemitism in Labour and then suggested he was “amazed” that some said they had.

He escaped formal punishment for his remarks by apologising but suggested some of his remarks had been misquoted.

But Jewish Labour MP Luciana Berger called for the party to suspend Mr Willsman and conduct a “formal investigation”, after she heard the JC‘s audio of his rant.

Ms Berger, parliamentary chair of the Jewish Labour Movement, said: “Anyone listening to this recording will be appalled to hear the venom and fury directed by Mr Willsman at the British Jewish community.

“That he accuses the Jewish community of falsifying social media and being “Trump fanatics” in order to deny the serious concerns of 68 rabbis beggars belief.

“Mr Willsman only has to take a look at his NEC papers or the many recent press reports to see evidence of antisemitism in the Labour Party.

“In the past week alone two Labour councillors have been suspended and the Party have confirmed that 252 people are being investigated for the comments they’ve made online directed at Dame Margaret Hodge MP.

“Now an accurate record of this diatribe has been identified the party should urgently conduct a formal investigation of this conduct and suspend him today.”

The leaked audio begins with Mr Willsman ending a sentence saying: ”They can falsify social media very easily.”  It appears to be a suggestion that some of the antisemitism Labour members have posted online has been faked.

He then says: “And some of these people in the Jewish community support Trump – they are Trump fanatics and all the rest of it.”

Speaking in an increasingly agitated manner, Mr Willsman, who is secretary of the Campaign For Labour Democracy group that supported Ken Livingstone over his Zionism and Nazi remarks, adds: “So I am not going to be lectured to by Trump fanatics making up duff information without any evidence at all.

“So I think we should ask the 70 rabbis where is your evidence of severe and widespread antisemitism in this Party?’”

As he continues to speak, amid audible protests from some in the room, Mr Willsman adds: “Let me ask you, let me ask you a question, how many people in this room have seen antisemitism in the Labour Party?

“Put your hands up…  one, two – you’ve had antisemitism in the Labour Party? I’m amazed. I’ve certainly never seen it.”

In the aftermath of the meeting, which took place July 17, Mr Willsman was the subject of two formal complaints for his remarks  – one from the Jewish Labour Movement and another from a representative of the Leeds community.

But at the end of last week General Secretary Jennie Formby wrote to Mr Willsman to inform him that he would not be the subject of any investigation after he wrote her an apology over his comments.

Mr Willsman is now standing a candidate in the current elections for nine constituency Labour Party (CLP) places on the NEC  which also includes the leader, Deputy Tom Watson and shadow front bench members such as Rebecca Long-Bailey.

The vote of Labour members ends on August 30 – but many have raised concerns about Mr Willsman’s conduct at the NEC meeting after his comments were reported by the JC.

Labour activists are being instructed to vote for all nine members of the so-called Momentum slate – which includes Jon Lansman, and fellow CFLD supporters Claudia Webbe and Darren Williams, both of whom have also defended former Mayor of London Mr Livingstone.