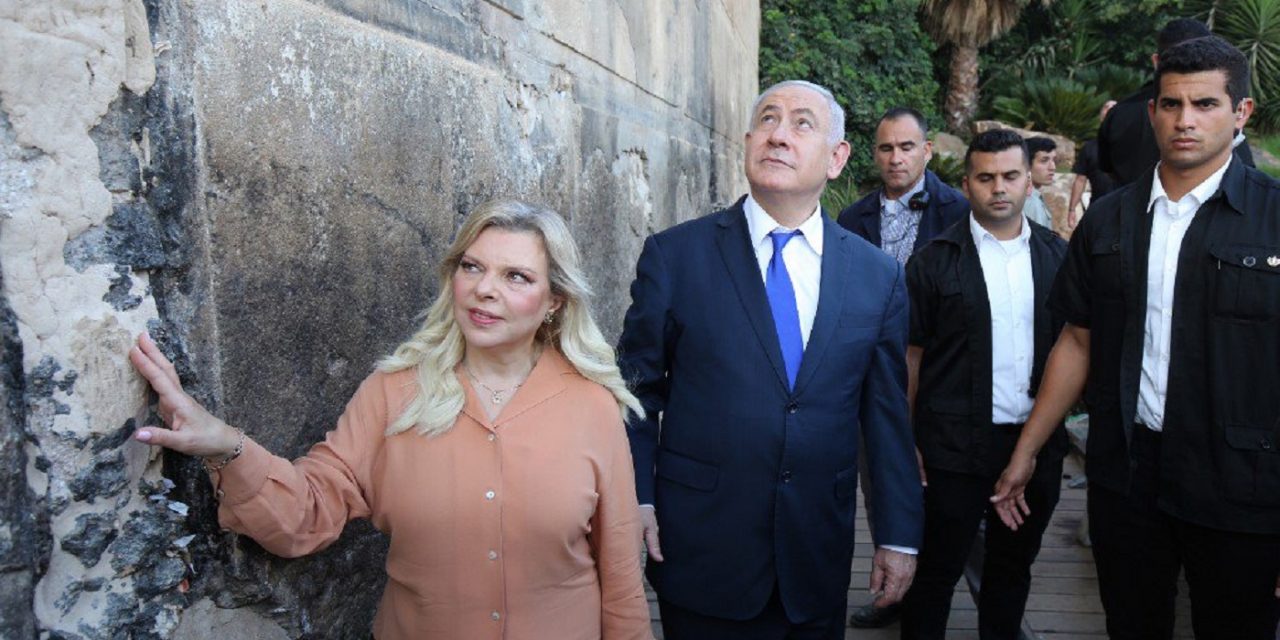 “Hebron will never be Judenrein… We are not strangers in Hebron. We will remain here forever,” Prime Minister Benjamin Netanyahu said on Wednesday. It was the first time in 20 years that an Israeli PM has visited Hebron.

The prime minister was visiting the ancient city to attend a commemoration marking the 90th anniversary of the 1929 Hebron massacre, in which 67 Jews were murdered by Arab rioters.

Speaking outside the Tomb of the Patriarchs during his tour – the first ever Israeli PM to gave  public address there, Netanyahu said, “We came to express victory. Bloodthirsty rioters carried out the horrific massacre 90 years ago. They were sure that by doing so they were uprooting us from this place once and for all – they made a bitter mistake.”

Hebron’s Jewish residents, which number 800, had hoped that Netanyahu would use the opportunity of his visit to announce his approval of a plan to build Jewish homes in a “wholesale market” that had been owned by Jews before the massacre.

However, Netanyahu stopped short of approving the plan, only saying he was “looking into” the matter, along with a second request to make the Tomb of the Patriarchs wheelchair-accessible.

The Tomb of the Patriarchs is the second holiest site in Judaism, next to the Temple Mount in Jerusalem. According to the Bible, Abraham purchased a burial plot for his wife Sarah there.

The Tomb, enclosed by a rectangular building from the Herodian era, is said to be the spot where Judaism’s patriarchs and matriarchs are buried, including Abraham and Sarah, Isaac and Rebecca, and Jacob and Leah.

Netanyahu visited the Tomb during his tour.