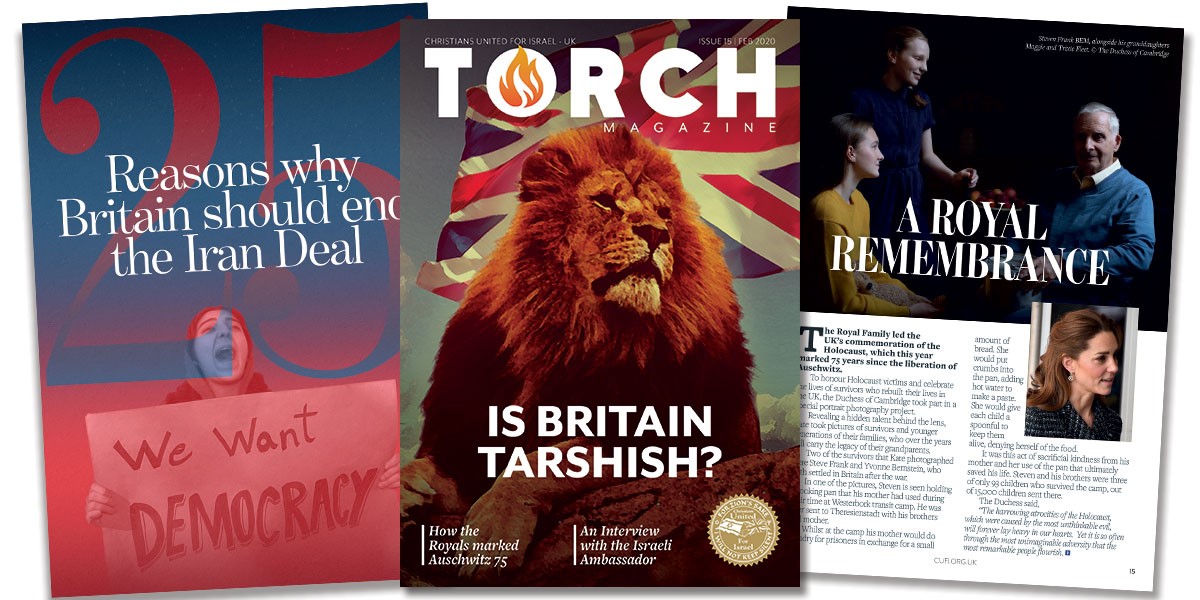 Christians United for Israel UK’s fifteenth issue of the Torch magazine is out now.

In this issue we consider the significance of Tarshish in the Bible. Insight into its historical role as an ancient maritime and trade power reveals an intriguing link to the British Isles and its abundant provision to Israel. Furthermore, the fascinating reference in Ezekiel to ‘Tarshish and her young lions’ have led many people to associate the prophetic Tarshish with Britain and her allies in the Last Days. We present the facts and ask whether Britain really is the modern-day Tarshish. 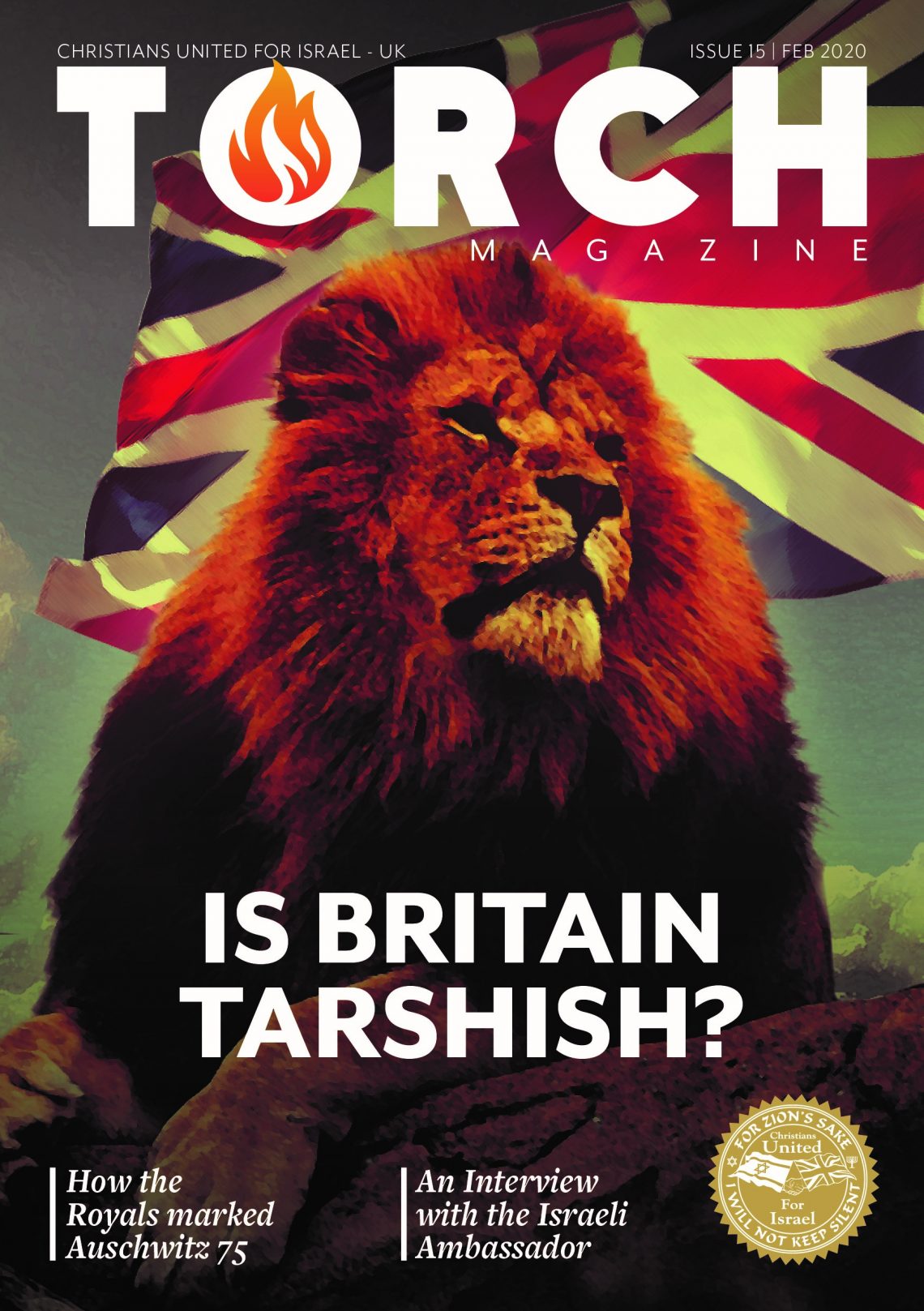 Britain certainly has an important role in standing with Israel and the Jewish people in the days in which we are living. We have been encouraged to see CUFI welcomes the important contribution made by the Prince of Wales and the Duke and Duchess of Cambridge in commemorating 75 years since the liberation of Auschwitz. We recount their very personal connection with the Holocaust and what they have been doing recently to connect with survivors.

CUFI’s Operation Mordecai campaign continues to highlight the serious threat of Iran to Israel and the West. In this issue we provide 25 reasons why Britain should end the Iran Deal. In a separate article we present the stories of two Iranian Olympians who have defected because of the regime’s intimidating behaviour towards them.