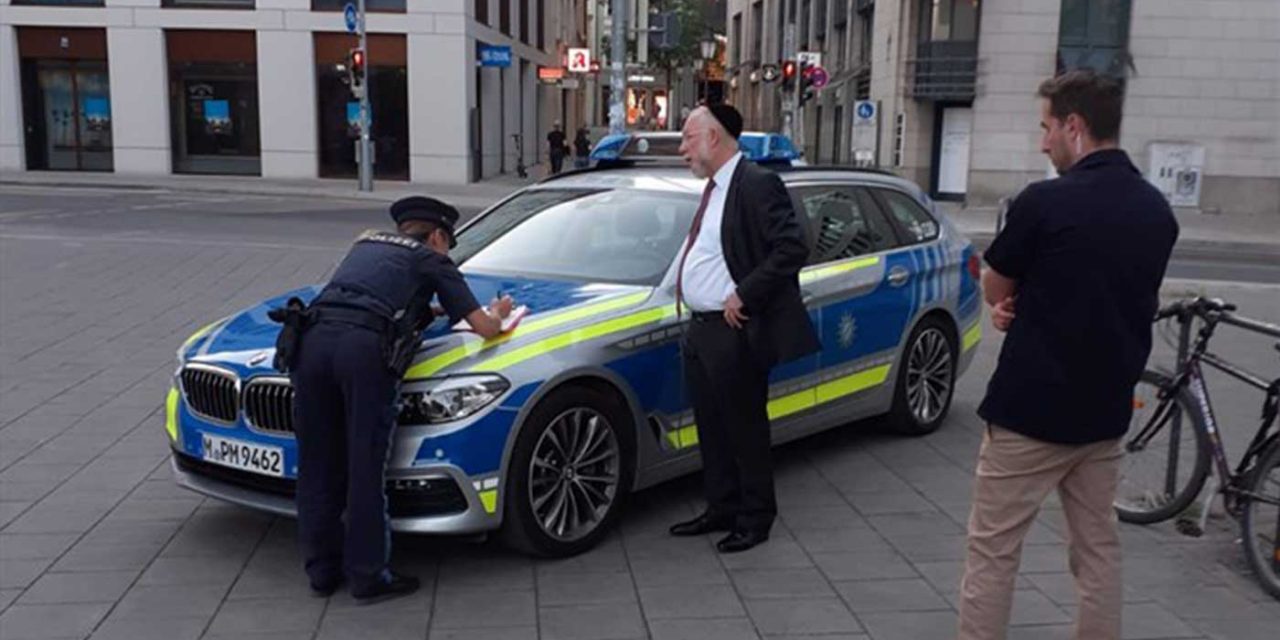 The Chief Rabbi of Munich, Rabbi Shmuel Aharon Brodman, was attacked on Thursday evening allegedly by four Muslims who shouted derogatory remarks toward him.

The incident happened after Rabbi Shmuel Aharon Brodman – who was wearing a kippah and was therefore identifiable as a Jew – got off the tram at Isartorplatz, where he was followed by four young men who proceeded to insult him and made disparaging comments about the state of Israel. According to the victim’s statement to the Munich police, they made the derogatory statements in English, whilst speaking Arabic between themselves.

The police report stated, “on Thursday, July 9, 2020, around 6:40 p.m., the Munich police emergency dispatch was informed that a Munich man was being followed by four people after getting off a tram at Isartorplatz. They followed him… repeatedly making derogatory verbal statements about the state of Israel.”

The statement continued noting that “a search by the Munich police for the people was unsuccessful,” adding that “a possible motivation for these statements could be that he wore a kippah in the incident. According to [Brodman’s] observation, the people spoke Arabic to each other.”

The alleged suspects were between 20 and 30-year-old and are of Arab descent, according to the police statement.

Yaakov Hagoel, Vice Chairman of the World Zionist Organization, responded to the anti-Semitic attack saying, “Anti-Semitic incidents have become routine and part of the daily routine that Jews around the world are going through.”

“Unfortunately, as I have said, once we can roam the streets again after the coronavirus passes, anti-Semitic incidents will rise and become even more physical and violent, and here we are witnessing an anti-Semitic attack. I urge the authorities to deal with the perpetrators. Jewish blood is not cheap,” added Hagoel.

The Bavarian Commissioner on combatting Antisemitism, Ludwig Spaenle, has criticised the “lack of civil courage” of bystanders after a rabbi was insulted on the streets of Munich.

“I’m particularly concerned about the fact that citizens who obviously saw the incident did not rush the aid of the rabbi or informed the police,” said Spaenle. “We cannot allow people of Jewish faith to be victims of assault and insults.”