Lord David Trimble was a ‘true friend of Israel’ 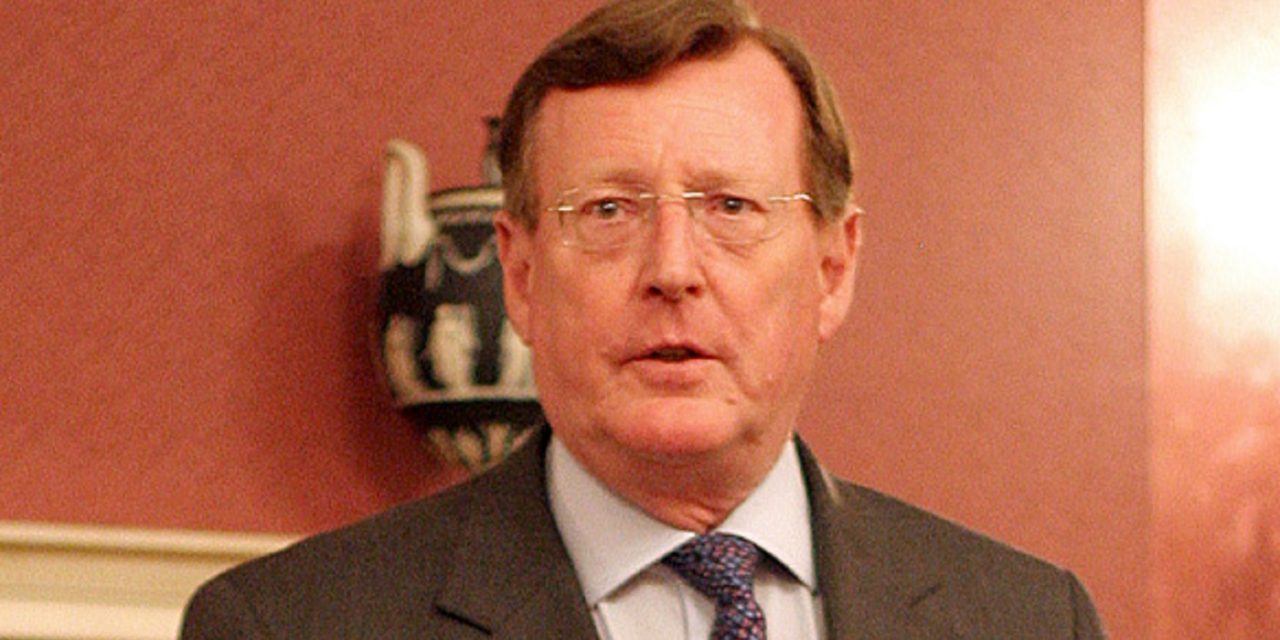 Lord Trimble, who received the Nobel Peace Prize for his role in bringing peace to Northern Ireland, was a faithful friend of the Jewish state, advocating for Israel in the UK as well as before world leaders.

As a Parliamentary officer with Conservative Friends of Israel, he visited Israel frequently, and returned to brief the House of Commons on facts about Israel and debunk the lies and bias.

He famously challenged simplistic comparisons of the Israeli-Palestinian conflict to the Troubles in Northern Ireland and debunked the wishful thinking that the Good Friday Agreement should compel Israel to negotiate with Hamas.  In a pamphlet that he authored titled, ‘Misunderstanding Ulster’, he wrote, “If there is one lesson to learn from Northern Ireland’s experience — contrary to what is often recommended in relation to dialogue with Hamas — it is that ‘pre-conditions’ were crucial in ending the violence and producing a settlement,’ he observed.”

Lord Trimble was one of 100 MPs and Peers to sign a letter in support of the Centenary of the Balfour Declaration.

His advocacy for Israel also extended to the international stage. In 2013, he appeared before the UN Human Rights Council and warned the anti-Israel body that its conduct ‘can only undermine and subvert the peace process’. He reminded it of ‘criticism by successive UN secretaries-general of this council’s habit of singling out only one specific country, to the exclusion of virtually everything else’.

Trimble also persuaded European governments to proscribe Hezbollah — both its military and political wings — and urged the international community to hold firm on the principle that Hamas was a terrorist organisation, not a legitimate negotiating partner for Israel.

In 2010, he co-founded the Friends of Israel Initiative, an organisation dedicated to fighting back against international delegitimisation of the Jewish state.

Trimble was the first person to serve in the role of First Minister and made his first visit to Israel in 2000.

He was awarded the Nobel peace prize in 1998, an honour that also gave him the right to nominate future candidates. In 2020, Lord Trimble nominated the Prime Minister of Israel and the Crown Prince of Abu Dhabi for a Nobel Peace Prize after breakthroughs in Arab-Israeli relations.

Lord Trimble was an inspirational #British politician. In a lifetime of impressive achievements, we are especially grateful for his longstanding and active support for the State of #Israel. We would like to send our sincere condolences to Lady Trimble and their family. https://t.co/jeodQrSji8

In a tribute posted on social media Conservative Friends of Israel said:”Few people have had such a constant support for Israel.”

They added Trimble’s “invaluable insights and experience” had been “cherished” throughout his involvement with the organisation.

“His contribution to trying to secure peace at home and in the Middle East speaks for itself and he will be mourned by many,” added CFI.

Once asked by the Israeli lawyer Arsen Ostrovsky were his support for the Jewish state came from Trimble replied in 2018:”It’s just the right thing to do.”