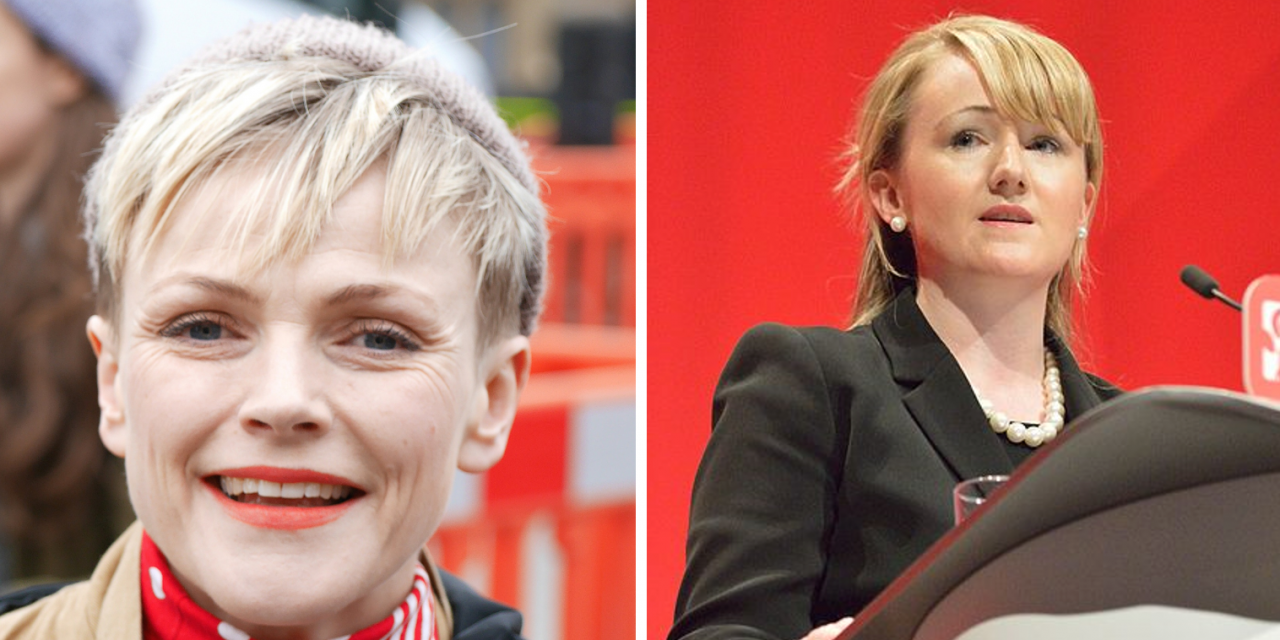 Actress Maxine Peake’s comments in The Independent linking the killing of George Floyd to false claims American police had learned tactics from Israeli forces were completely wrong. Firstly, because it is a blatant lie. Secondly, because it was only mentioned in an attempt to smear the Jewish state.

Amnesty International, which has been incorrectly quoted by anti-Semites and other critics of Israel in the aftermath of Long-Bailey’s sacking, issued a statement on Friday confirming they have NEVER reported on “neck-kneeling” by Israeli security.

Labour’s Rebecca Long-Bailey was sacked as shadow education secretary yesterday by leader Keir Starmer after approvingly sharing the article in which she referred to Peake as ‘a diamond’. Long-Bailey, a faithful supporter of Corbyn explained, “I retweeted Maxine Peake’s article because of her significant achievements and because the thrust of her argument is to stay in the Labour Party. It wasn’t intended to be an endorsement of all aspects of the article.”

But the latest fall-out signals that Labour still has a problem of anti-Semitism, despite Starmer’s swift and decisive action.

Corbyn’s allies have been out in force defending Long-Bailey and criticising the new Labour leader’s decision to remove her from the shadow cabinet.

For example, John McDonnell tweeted, “Throughout discussion of antisemitism it’s always been said criticism of practices of Israeli state is not antisemitic. I don’t believe therefore that this article is or ⁦⁦@RLong_Bailey should’ve been sacked. I stand in solidarity with her.” Ironically the former Shadow Chancellor retweeted Peake’s article in his statement, although The Independent has now removed the controversial sentence.

General Secretary of the Unite Union, Len McClusky, was quick to put party before Long-Bailey’s error of judgement. He tweeted, “Sacking @RLong_Bailey is an unnecessary over-reaction to a confected row. Unity is too important to be risked like this.”

Corbyn himself, meanwhile, is understood to have been among a number of far-left Labour MPs that attended a meeting with Keir Starmer on Friday to raise concerns about the sacking.

It requires some incredible mental contortion to make the killing of George Floyd about Israel. Yet somehow, the same group of people always manage to do it. Remarkable.

The original article stated that “the tactics used by the police in America, kneeling on George Floyd’s neck, that was learnt from seminars with Israeli secret services.”

There is no evidence whatsoever that this tactic has been adopted through Israeli training seminars and dangerously tries to associate Israel as partly to blame for the killing of George Floyd. It also attempts to smear Israel by associating the Israeli military with the same misconduct that led to the killing of Floyd. It is also anti-Semitic because in an attempt to link the Jewish state with Floyd’s killing, it singles out Israel rather than the police practices of other countries.

Many of social media defending Maxine Peake and Rebecca Long-Baily referred without proper research to a 2016 Amnesty International report, but on Friday Amnesty issued a statement that it has never reported that “neck kneeling” is a technique taught by Israel to the US police.

In a statement to the New Statesman, the organisation said,“Allegations that US police were taught tactics of ‘neck kneeling’ by Israeli secret services is not something we’ve ever reported and the article in question has rightly been amended to acknowledge that.”

Peake herself has now retracted her earlier comments, saying in a statement: “I was inaccurate in my assumption of American police training and its sources. I find racism and antisemitism abhorrent and I in no way wished, nor intended, to add fodder to any views of the contrary.”