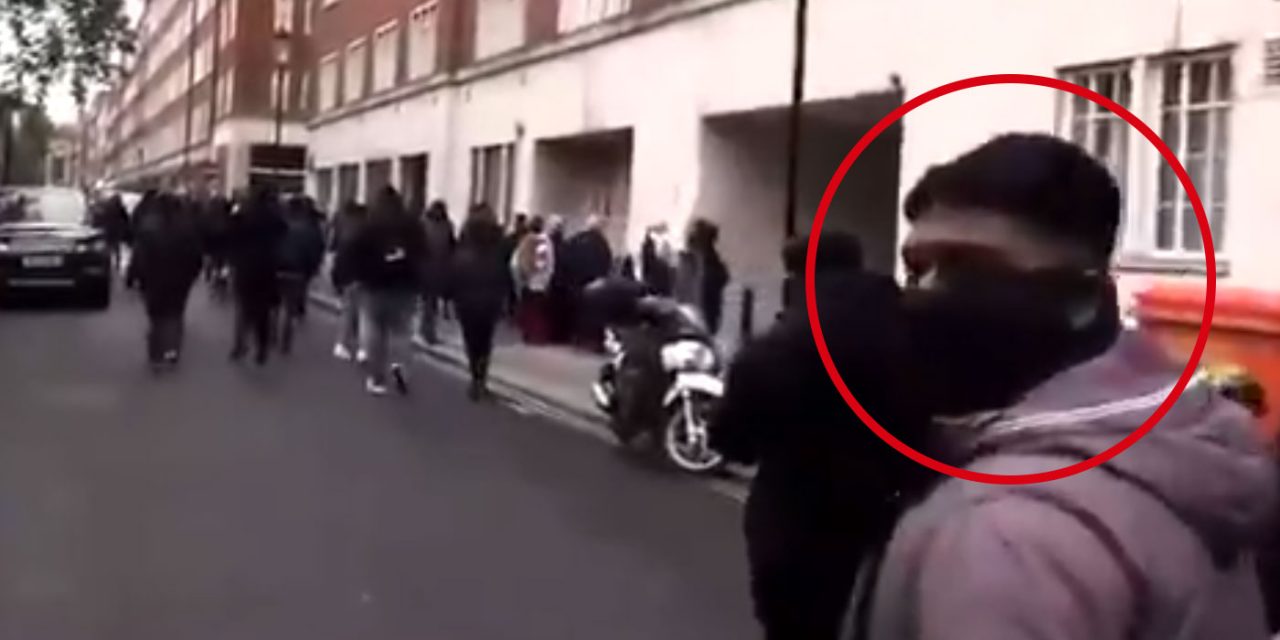 London police are searching for a pro-Palestinian activist who was filmed calling for the blood of Jews and Zionists.

In footage shared on social media last week, the man was filmed walking as part of a large anti-Israel demonstration where he is filmed saying: “We’ll find some Jews here… We want the Zionists, we want their blood!”

“We’ll find some Jews…We want the zionists, we want their blood”. They are literally hunting for Jews in London. The Left’s sick Islamist alliance bearing fruit. pic.twitter.com/2nINXEkbzV

Shockingly, the police do not know who this individual is despite two police officers walking right next to him, watching, listening and even reacting to him, as he made these hateful comments.

“Anyone with information on these clips is asked to contact the Met by dialing 101 or tweeting @MetCC on Twitter. The Met will never tolerate hate crime and this behaviour has no place in our city. All our communities should be able to live their lives without harassment or abuse.”

Clearly, the message of zero tolerance to hate was not adhered to by the two police officers who in fact did tolerate the hate and did nothing about it. And now, because of their inaction, there is an anti-Semitic thug on the loose in London and the police have no idea who he is.

The government and the Met Police must do more to bring criminals to justice and make Britain’s streets safe for Jews.