‘You can always count on us’ – Raab tells Netanyahu 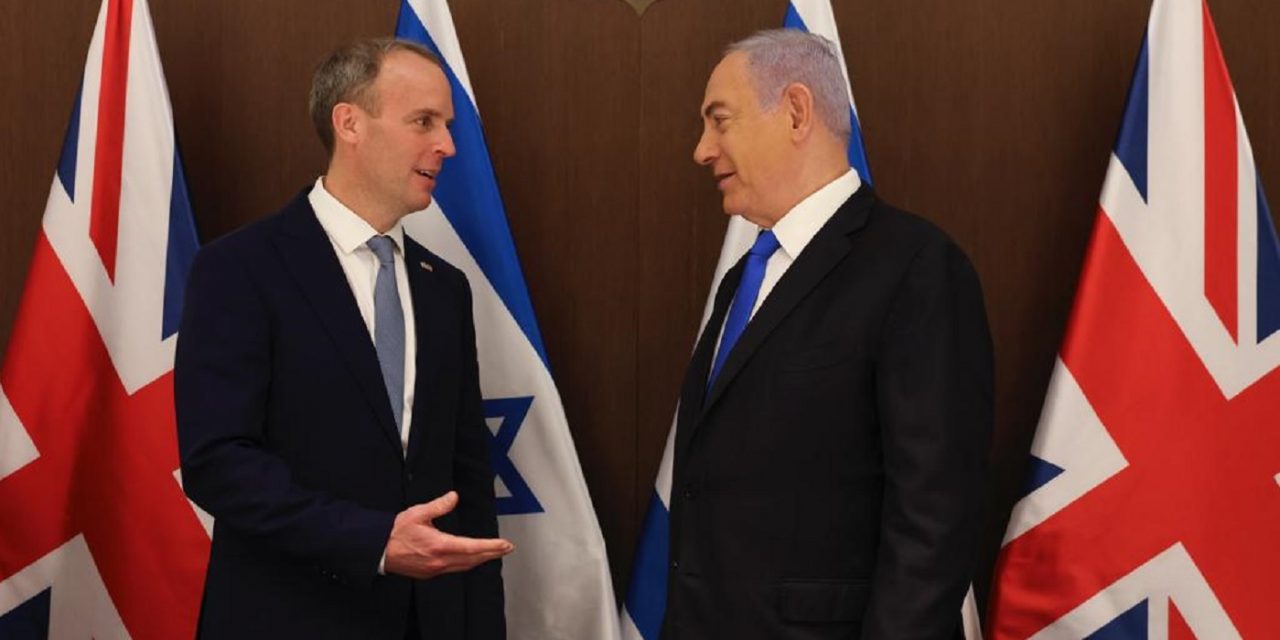 The UK Foreign Secretary told Prime Minister Netanyahu “you can always count on us” during his visit to Israel this week.

Dominic Raab was responding to comments by Benjamin Netanyahu who thanked Boris Johnson for “the staunch, unwavering support of our right to self-defense and the recent operation.”

“I’m here as a friend as you know that’s a great supporter of Israel,” Raab told Prime Minister Netanyahu.

“The UK welcomes the ceasefire in Israel and Gaza,” Raab said. “It is crucial that all sides now focus on ensuring it can last.”

Raab called “to make genuine progress towards a more positive future for both Israelis and Palestinians, and [to break the] cycle of violence that has claimed so many lives.”

Discussed the flourishing UK 🇬🇧 & Israel 🇮🇱 relationship, the importance of a durable ceasefire in Gaza & the need to fight anti-Semitism with @netanyahu. The UK is committed to working with regional leaders to end the Israeli-Palestinian conflict & forge lasting peace. pic.twitter.com/SEyHfvJ8SQ