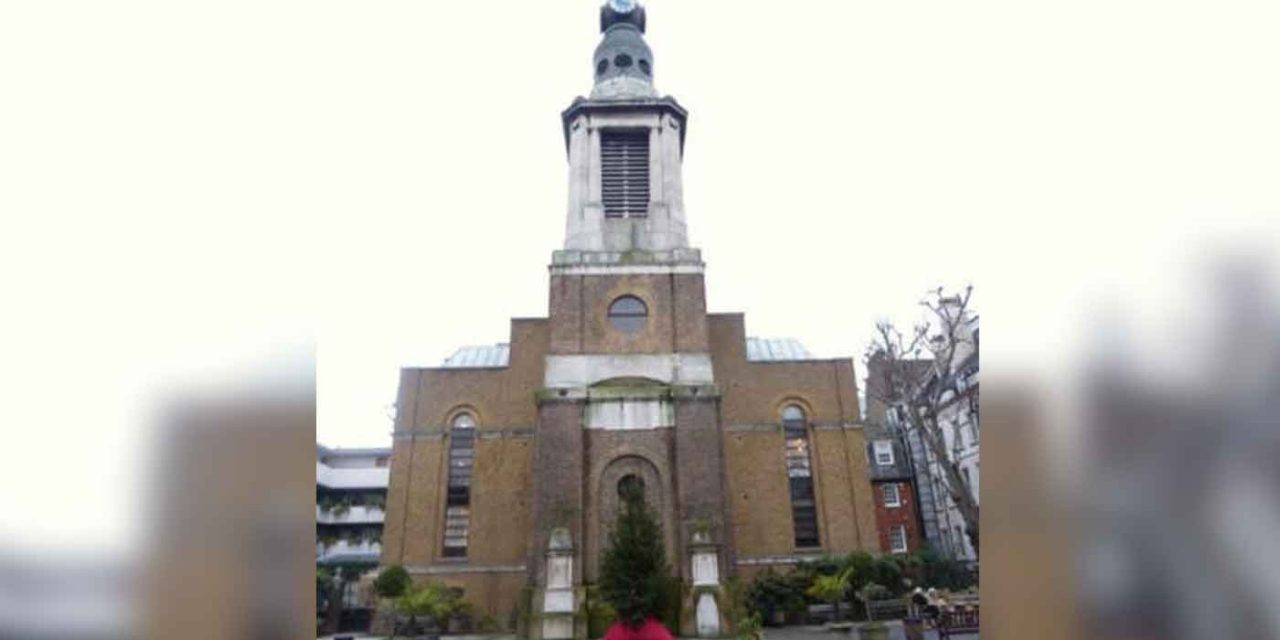 A London church has apologised for “inadvertently” hosting an anti-Israel event with speakers who deny the Holocaust. They have also promised to donate the income they made from the room hire fee to CST.

According to the Jewish Chronicle, the event – titled Journey of an Israeli in Palestine – was held by an organisation called Keep Talking and took place on October 3 at St Anne’s Church in Soho.

Speakers included Holocaust denier Nick Kollerstrom, who also runs Keep Talking and regularly features on the Richie Allen Show, whose guests include former KKK Grand Wizard David Duke. And Miko Peled, a left-wing Israeli-American activist who shocked the Labour party with his claims there were no gas chambers in the Holocaust and questioned the number of those killed.

It is important to note that these speakers represent both the far-right and far-left who are united in their anti-Semitism, such as their hatred of Israel and denial of the Holocaust.

Elleane Green (suspending from Labour for starting an anti-Semitic Facebook group) and Rev Stephen Sizer (an Anglican vicar who was reprimanded over his anti-Semitic conspiracy theories) were also seen to have promoted the event on Facebook.

The church promised on Sunday to review its booking procedure and said it would donate the booking fee to the Community Security Trust (CST), which oversees the protecting of the Jewish community in the UK and publishes annual reports on anti-Semitic hate crimes in the country.

The church added: “Unfortunately, this event, which was entirely separate from the church, may not have accurately reflected our values or those of our community.

“The church was neither organising nor promoting the event, and it did not appear in any of our publicity. However, I regret that we inadvertently gave a platform, however small, to anyone whose words on the night, or reputation from the past, had the potential to cause offence.

“That was not our intention. St Anne’s absolutely opposes any form of hatred: be it racism, homophobia or antisemitism. We apologise for the offence that has been caused to members of the Jewish Community and will be donating the room hire fee to Community Security Trust.

“This is the first time a situation like this has arisen here, but as a result we will also be reviewing our booking procedure with the aim of ensuring it does not happen again.”

Churches are commonly used as venues where their space is rented out to any organisation that enquires. As a result, there are questionable events of all kinds happening within places that should be used to glorify God. Now this has happened, they are likely this individual church will have greater scrutiny with those who wish to rent their space. And let’s pray the church leadership never again allows their church to become a place where God is not glorified.