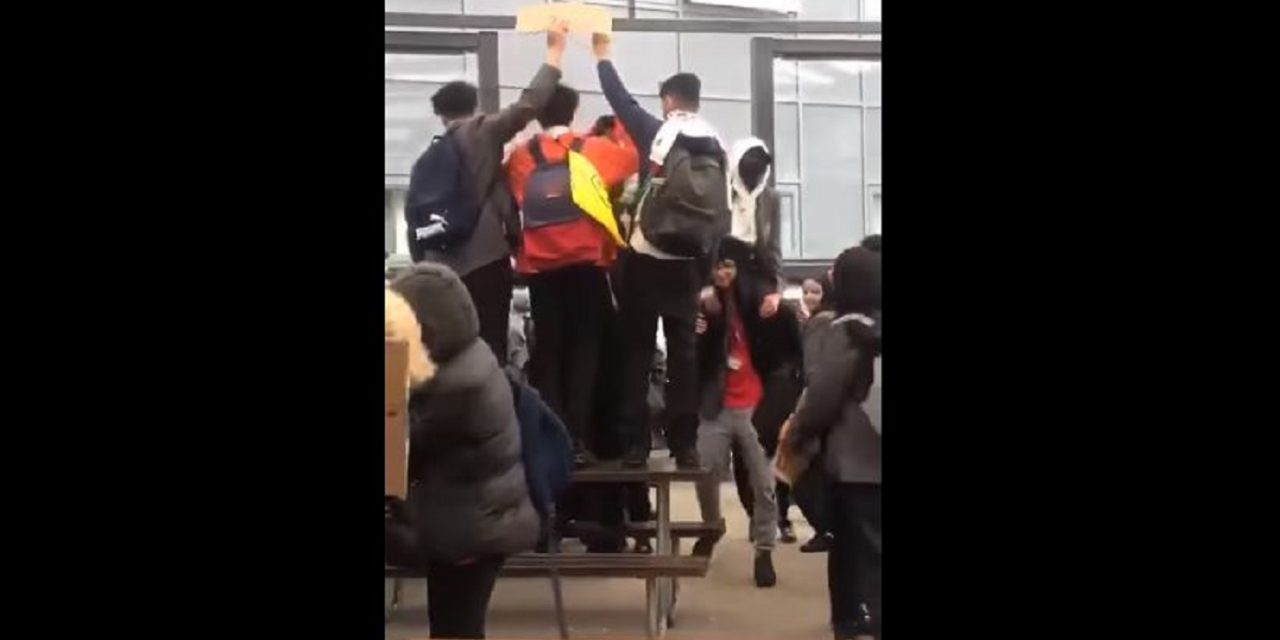 A video has emerged of pupils from a Leicester secondary school standing on tables and shouting ‘Free Palestine’ and ‘Allahu Akbar’ in an organised demo sanctioned by the school.

The video was taken as the pupils congregated in a covered area outside the main school building in morning break on 20th May.

Jason Smith, principal at the college which has 1,300 pupils aged between 11 and 16, said staff watched the protest and allowed it to take place.

Mr Smith said: “This was a short and limited gathering outside during breaktime where a group of students showed their support for Palestine.

“Staff were closely observing but didn’t intervene in order to allow students to have their voice about a subject they are clearly passionate about.

“Students were vocal and energetic but the event was contained, minimising disruption to others”

“In response to the Israel Palestine conflict, we are working with students to ensure a fair understanding of events in a way that allows everyone to have their voice heard and considers a range of perspectives.”

But the video has received criticism for many who watched the video posted on the CUFI UK Facebook page.

“Disgraceful. I would have felt intimidated if I had been there,” said one contributor.

Another commented, “Now we are allowing anti-semitism by stealth. It just shows how little people understand especially the youth who will be easily lead by those who have an underlining agenda of genocide. “

These scenes confirm that the UK is a breeding ground and recruitment stage for radicalism,” said another user.

Whilst another reminded, “Let’s not forget to pray also that God will change their hearts.”