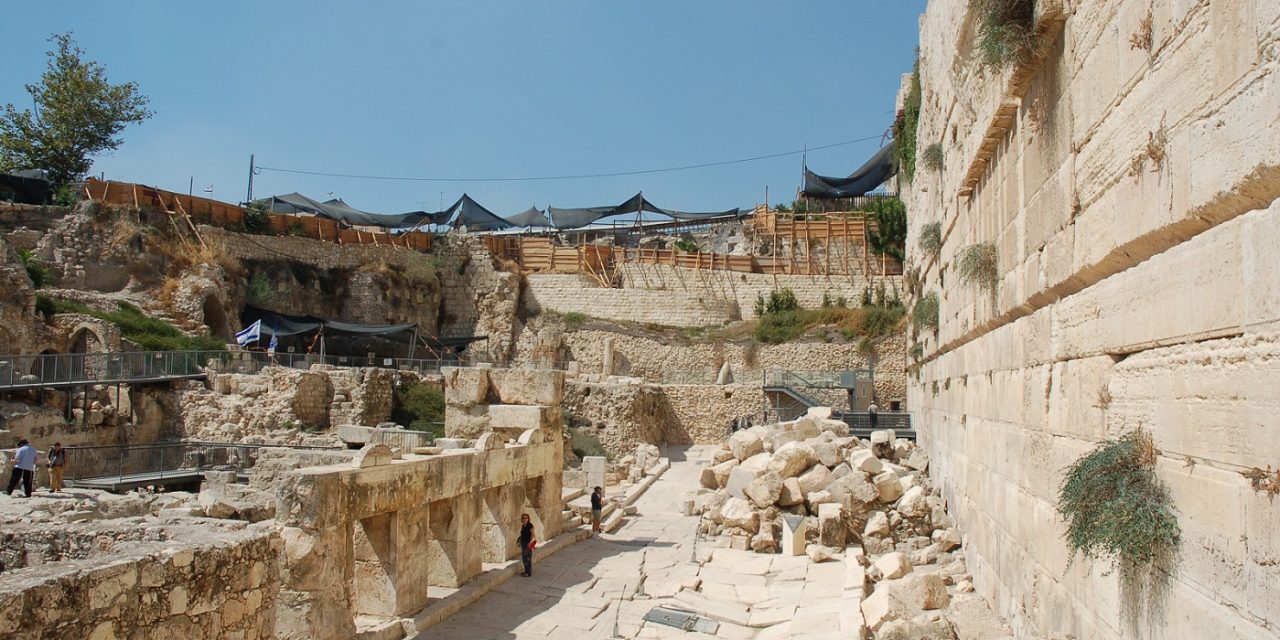 Israel is promoting a ‘Jewish narrative’ of Jerusalem, according to a leaked EU Heads of Mission report “acquired by the Guardian”. The exclusive cited the report’s claim that “Israel is developing archaeological and tourism sites to legitimise illegal settlements” in east Jerusalem.

Examples of ‘Israeli settlement tourism’ include archaeological sites near the Old City, the City of David and a proposed cable car which would connect west Jerusalem with the Temple Mount.  According to the Guardian, the report further warned that “archaeology and tourism development by government institutions” and “settler groups” are establishing a “narrative based on historic continuity of the Jewish presence in the area at the expense of other religions and cultures”.

The suggestion that efforts to highlight archaeological evidence attesting to the more than 3,000 year Jewish connection to Jerusalem represent the government’s promotion of the Israeli “narrative” is a classic Guardian trope, one used recently by their former Middle East editor, Ian Black.  As we reported, Black framed the outrageous claim by Mahmoud Abbas last month that Zionism is a colonialist movement with no connection to Judaism as a reminder of “the irreconcilable narratives that lie at the heart of the conflict”, words suggesting that the veracity of Abbas’s agitprop denying the Jewish connection to the land can’t be determined.

The suggestion in the EU report cited by the Guardian that the Jewish “narrative” is being promoted “at the expense of other religions” represents the opposite of the truth, as Israel continues to safeguard Muslim holy sites in Jerusalem, whilst Palestinian leaders constantly deny Jewish history in the holy city and incite violence by framing any Jewish presence on Judaism’s holiest site as an intrusion onto an exclusively Muslim site.