Trump’s State of the Union addresses ISIS, Iran and anti-Israel bias at UN 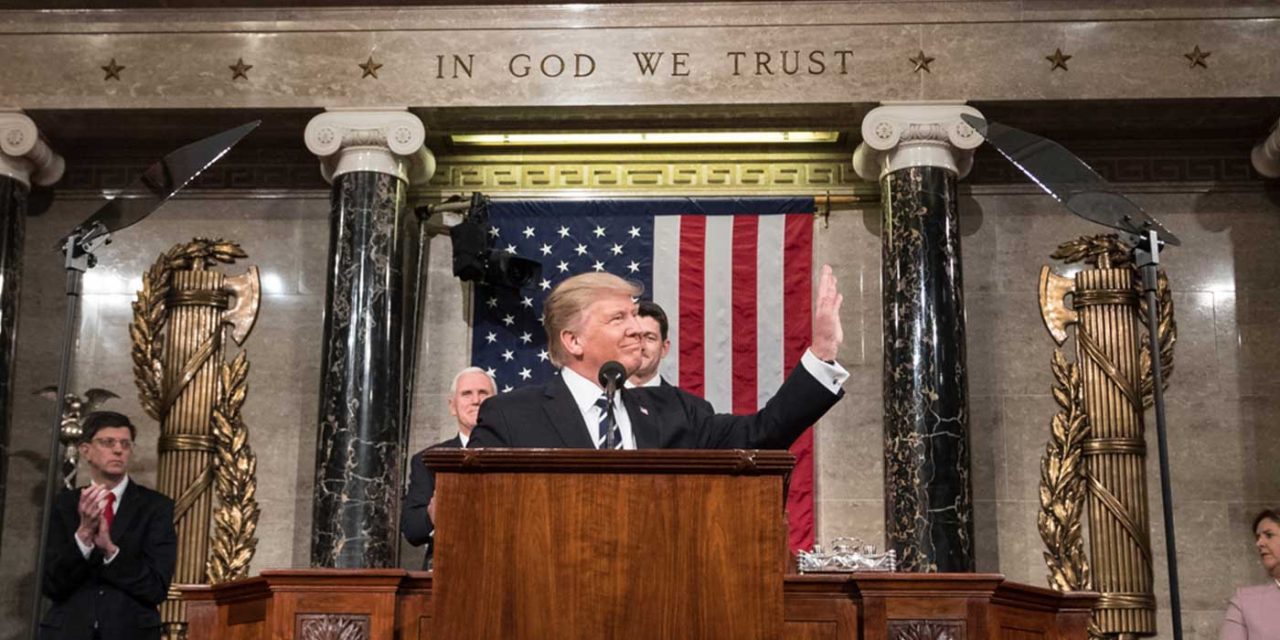 Tuesday night, President Trump delivered his first official State of the Union address. While predictably heavy on domestic content, the president addressed a number of issues important to Christian supporters of Israel.

Here are some highlights of the president’s remarks:

“Last year, I also pledged that we would work with our allies to extinguish ISIS from the face of the Earth.  One year later, I am proud to report that the coalition to defeat ISIS has liberated almost 100 percent of the territory once held by these killers in Iraq and Syria.  But there is much more work to be done.  We will continue our fight until ISIS is defeated.”

“As we strengthen friendships around the world, we are also restoring clarity about our adversaries.  When the people of Iran rose up against the crimes of their corrupt dictatorship, I did not stay silent.  America stands with the people of Iran in their courageous struggle for freedom. I am asking the Congress to address the fundamental flaws in the terrible Iran nuclear deal.”

On Israel and the UN:

“Last month, I also took an action endorsed unanimously by the Senate just months before:  I recognised Jerusalem as the capital of Israel.

“Shortly afterwards, dozens of countries voted in the United Nations General Assembly against America’s sovereign right to make this recognition.  American taxpayers generously send those same countries billions of dollars in aid every year.  That is why, tonight, I am asking the Congress to pass legislation to help ensure American foreign-assistance dollars always serve American interests, and only go to America’s friends.”

One moment, however, caught the attention of many observers.  When President Trump mentioned his recognition of Jerusalem as Israel’s capital, the response from members of Congress in the House chamber was disappointingly partisan.

As the president noted, the Senate unanimously celebrated the 50th anniversary of Jerusalem’s unification.  The resolution also stated that “Jerusalem should remain the undivided capital of Israel.”  Again, this was not a controversial issue — the resolution passed 90-to-0.

Yet when President Trump mentioned his recognition of Jerusalem as the capital of the Jewish state, only a handful of Democrats — notably Senate Minority Leader Chuck Schumer (D-NY), Sen. Joe Manchin (D-WV) and Rep. Debbie Wasserman Schultz (D-FL) — were seen standing and applauding.

As the Times of Israel observed, “Democrats remained seated during an ovation for the [Jerusalem] move, underscoring a partisan divide over Trump’s policies toward Israel and growing apathy for Israel’s right-wing government.”

I certainly hope that is not the case.  Christians United For Israel Action Fund encourages all members of Congress to reaffirm their personal support for Israel and America’s strong support for our ally, especially as it faces growing threats from Iran, Hezbollah and Hamas.

Gary Bauer is the Director of the CUFI Action Fund in Washington D.C.