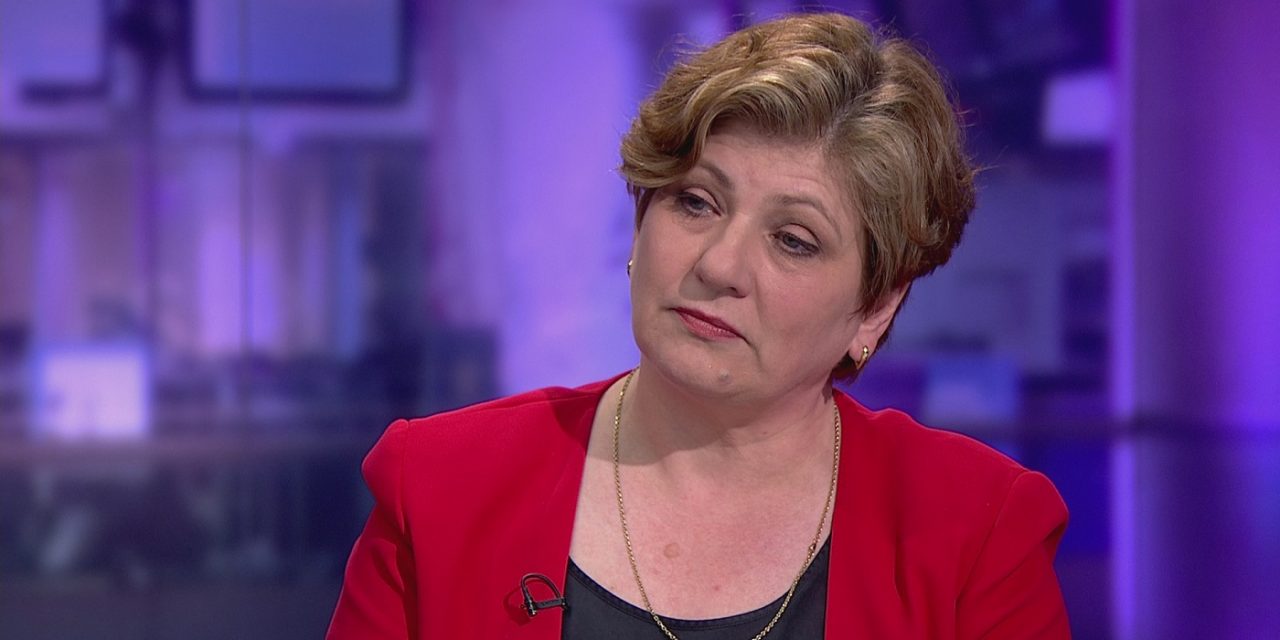 Shadow Foreign Secretary, Emily Thornberry, has condemned Israel following the weekend’s Hamas-led riots at the Gaza border, whilst ignoring the actions of Hamas.

“The violence and death that we have seen on the Gaza border in recent days is utterly deplorable,” she stated, “We urge the Israeli authorities to show restraint, respect the rights of anyone engaged in peaceful protest, and avoid further loss of life.”

18 rioters, 11 of which were operatives of terror group Hamas, were killed during violence that started Friday as part of a six-week campaign to “take back the land”, which has received $10 million dollars of Hamas funding. Despite being described as a “peaceful protest” by Thornberry, she failed to condemn Hamas’ order for civilians to “march to the border” with the intent of entering into Israel. Neither did she condemn the use of women and children as human shields.

Footage from the Israeli military showed protesters hurling rocks and Molotov cocktails at Israeli security forces and rolling burning tires at them.

“But we also need both sides – and the international community as a whole – to now come together as a matter of urgency, end the blockade and humanitarian crisis inside Gaza, end the illegal occupation of Palestinian lands, and end this senseless cycle of violence by working towards the two-state solution we all want to see, with a secure Israel living in peace alongside a secure and viable state of Palestine.”

Strikingly, the Shadow Foreign Secretary didn’t once portion any blame on Hamas or Palestinian terror, nor urge civilians not to approach the security fence.

URGENT ACTION: Please join us in emailing Foreign Secretary Boris Johnson (copied to your MP) urging the Government to…

Posted by Christians United for Israel – UK on Tuesday, 3 April 2018

Israeli Defense Forces video shows a seven-year-old girl being prodded across the border presumably to goad Israelis into shooting. The military said the girl was returned to her parents.

Hamas has previously declared that it is its aim to destroy Israel and calls for genocide of Jews. The Hamas website itself explains that a goal of the so-called march would be to provoke war with Israel. It states:

Jeremy Corbyn, who once called for Hamas to be removed Britain’s list of banned terror groups, also tweeted about the situation, singling out Israel’s actions without any blame for Hamas.

The killing and wounding by Israeli forces of civilians demonstrating for Palestinian rights in Gaza is appalling.

The UK Government must make its voice heard on the urgency of a genuine settlement for peace and justice.

The violence and death that we have seen on the Gaza border in recent days is utterly deplorable @EmilyThornberry https://t.co/NzMCZpeFPm