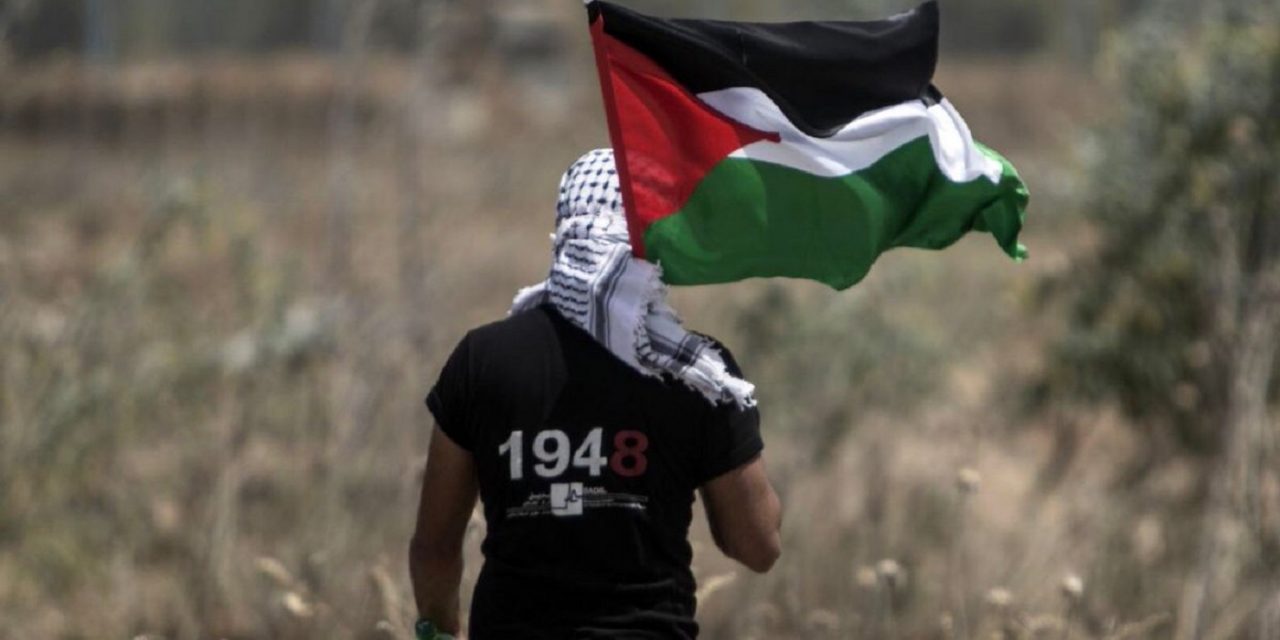 Israel is preparing for a massive procession of tens of thousands of Palestinians towards its border with Gaza, possibly attempting to take it down and march into Israel.

The “March of Return” is planned as just the first stage in a series of “return” protest activities that will take place over the next few months, including demonstrations and attempts to break the naval embargo on the Gaza Strip. These activities will reach their peak in the middle of May 2018 (Nakba Day) and will also continue in June (al-Quds day).

Organisers have described their plans as “peaceful” in an effort to seek international sympathy. However, the situation could escalate into violence. In fact for the organisers, deterioration to violence could serve the message they seek to drive home, since it could prompt Israel to retaliate – and they would be within their right to defend their border if it was breached or if protesters resort to violence. Hamas doesn’t care about innocent lives and placing civilians at risk would serve their narrative well.

The Hamas website itself explains that a goal of the march could be to provoke war with Israel. It states:

Ehud Yaari, an international fellow at the Washington Institute for Near East Policy said that the Hamas march is “clearly an attempt to break through the fences, and they are ready to tolerate losses”.

The declared tactical objective of the march of return is opposition to the “deal of the century,” the U.S. initiative to resolve the Middle East conflict, and the U.S. administration’s policies of recognising Jerusalem as Israel’s capital and limiting aid to UNRWA. The main emphasis of these activities is on media exposure and influencing worldwide public opinion.

At the same time, and in conjunction with the activities connected to the march of return, Palestinian and pro-Palestinian organisations in Europe are arranging protest activities for the realisation of the right to return and a flotilla for breaking the embargo on the Gaza Strip.

Tensions at the border
Hamas on Sunday carried out an unprecedented military exercise in the Gaza Strip, including the test-firing of a rocket, as Israel boosted its forces along the border in preparation for the  planned mass march on Passover eve.

Eyewitnesses said the terror organization fired at least one rocket towards the Mediterranean and practised attacking several models of Merkava tanks, similar to those used by the IDF.

Meanwhile, the Israeli army arrested three Palestinians armed with grenades and knives who had infiltrated 12 miles into Israel on Tuesday – the second such incident in recent days.

Videos have also emerged of diggers preparing ground along the length of the border with Israel as well as the first tents being set up.

Security risks
Jerusalem Center for public affairs says the main dangers of the campaign are terror attacks and public disturbances under the umbrella of the “march of return,” which will lead to a deterioration in the security situation and the risk of a military flare-up.

Besides Gaza, tensions are also expected to flare up in  Judea and Samaria, Jerusalem, as well as along the borders with Lebanon and Jordan.

Hamas spent $10 million to organise march
Several Israeli sources have already underlined the leading role played by Hamas and Muslim Brotherhood affiliates across the globe in supporting and promoting the march, albeit with the probable involvement of other organisations like Palestinian Islamic Jihad (PIJ), the PFLP, and Fatah. According to Israeli TV news, Hamas spent $10 million behind the scenes to fund and organize the march. The Israel-based Intelligence and Terrorism Information Center (ITIC) specifically highlighted the involvement in promoting the march of Zaher Birawi, suspected of being affiliated with the Muslim Brotherhood/Hamas.

Zaher Birawi, a former director of the London-based Palestinian Return Centre (PRC),and others connected to PRC and its initiatives are joined by other UK Muslim Brotherhood affiliates in the so-called “70th anniversary of the Nakba” Campaign, launched on 14 March when the Popular Conference of Palestinians Abroad held a press conference in Beirut.

The Popular Conference of Palestinians Abroad first convened in February 2017 in Turkey and brought together thousands of Palestinian figures from around the globe under Islamist auspices, with many of its organisers affiliated with UK Muslim Brotherhood structures. Almost all of the speakers had an Islamist background, echoing a pro-Hamas agenda.

Whilst we do not know the exact impact of the plans by Hamas and affiliates, it is critical that, with the information we know, we commit to praying for Israel’s security, its leadership and the IDF during this time.