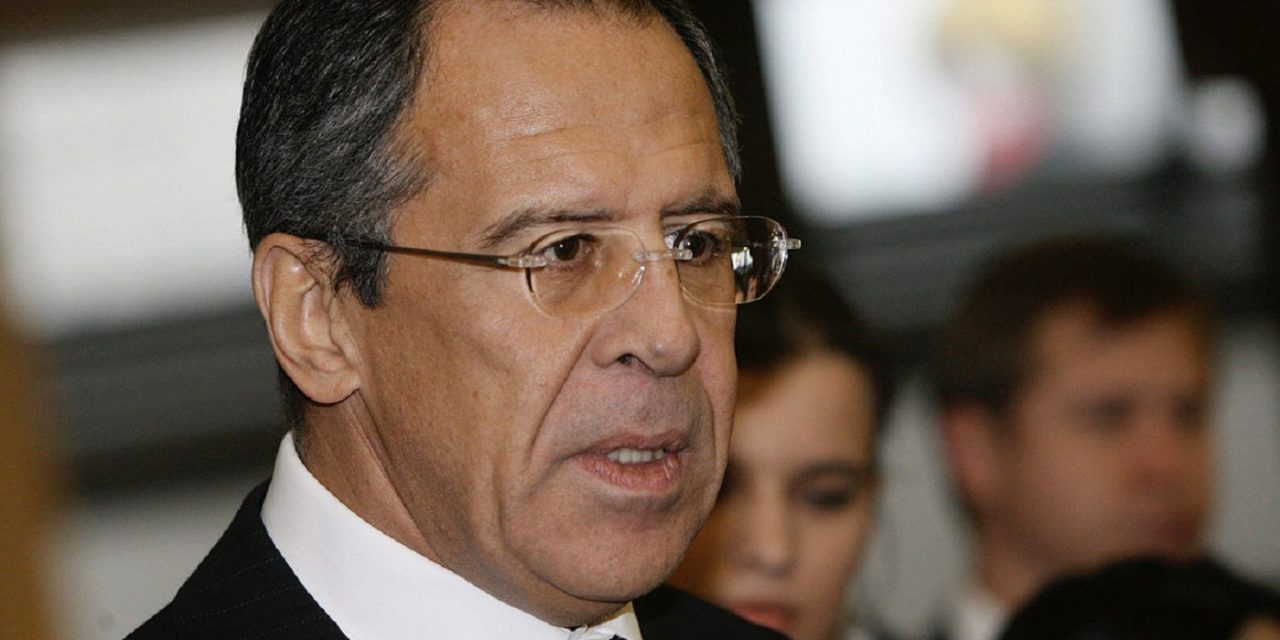 The Russian Foreign Minister used an antisemitic trope this week, which his Israeli counterpart described as “unforgivable and scandalous and a horrible historical error.”

Sergei Lavrov was being interviewed by an Italian news channel, when he was asked about Ukraine’s president Volodymyr Zelensky and claims by the Kremlin that he was overseeing a Nazi regime.

Lavrov responded: “So what if Zelensky is Jewish?

“The fact does not negate the Nazi elements in Ukraine. I believe that Hitler also had Jewish blood.

“It means absolutely nothing. The wise Jewish people said that the most ardent antisemites are usually Jews.”

Not only were Lavrov’s comments historically incorrect (Speculation over Hitler’s paternal roots is often subject to conspiracy theories), but are typical of age-old antisemitic tropes. Firstly, it smears Jews as collaborators in the Holocaust. Secondly, it downplays the reality that 6 millions Jews were systematically murdered, not because they merely opposed the Nazi regime, but for the fact that they were Jewish. And thirdly, it encourages the blaming of Jews for the atrocities inflicted upon the Soviets, despite Jews themselves also being victims.

The comments caused uproar in Israel and around the world, with President Isaac Herzog saying Lavrov was spreading “lies, terrible lies, which smell of antisemitism”.

Yad Vashem, the Holocaust memorial in Jerusalem, said they were “absurd, delusional, dangerous and deserving of condemnation.”

The comments also prompted Prime Minister Naftali Bennett to discuss the remark in a phone call with Vladimir Putin, who apologised for Lavrov’s comments and clarified “his attitude towards the Jewish people and the memory of the Holocaust,” according to the Israeli PM’s office.

However, the ease and frequency at which antisemitic tropes have been inferred since the start of the Russian invasion of Ukraine is concerning.

Whilst the attempt by the Kremlin to smear Zelensky’s government with allegations of ‘Nazi’ links has seemingly failed to dissuade support for Ukraine from the West, merely prompting a metaphorical eye-roll, such tropes could have a more serious and detrimental impact within Russia itself. Such allegations understandably stoke evocative feeling in former Soviet countries, which is why such smears are so prone to manipulation and dangerous.

For example, speaking to pro-Kremlin Sputnik radio, a spokeswoman for Russia’s foreign ministry on Wednesday claimed Israeli mercenaries were fighting alongside the far-right Azov Regiment, a movement viewed by Russia as “fascist” and “Nazis”.

“Israeli mercenaries are practically shoulder to shoulder with Azov militants in Ukraine,” Maria Zakharova said. She appeared to be referring to Ukrainian-born Israelis and native Israelis, potentially in their hundreds, who traveled to Ukraine to join volunteer units after the Russian invasion, though there have not been reports of them fighting alongside Azov, whose members are part of the Ukrainian resistance in the port city of Mariupol.

But why make such a claim? The answer is perhaps not far removed from the same reason Sergei Lavrov said that Hitler has “Jewish blood” and that “some of the worst antisemites are Jews”. Suggesting to a primarily Russian audience that Israelis are fighting alongside Azov, Moscow appears to be compounding the antisemitic trope purported by Lavrov. Except, instead of smearing Jews from the World War 2 era, it is smearing Jews of the present day. And whilst the heavily tested relations between Israel and Russia remain unchanged for now, more of the same will start raising alarm bells for Jews in former Soviet countries.