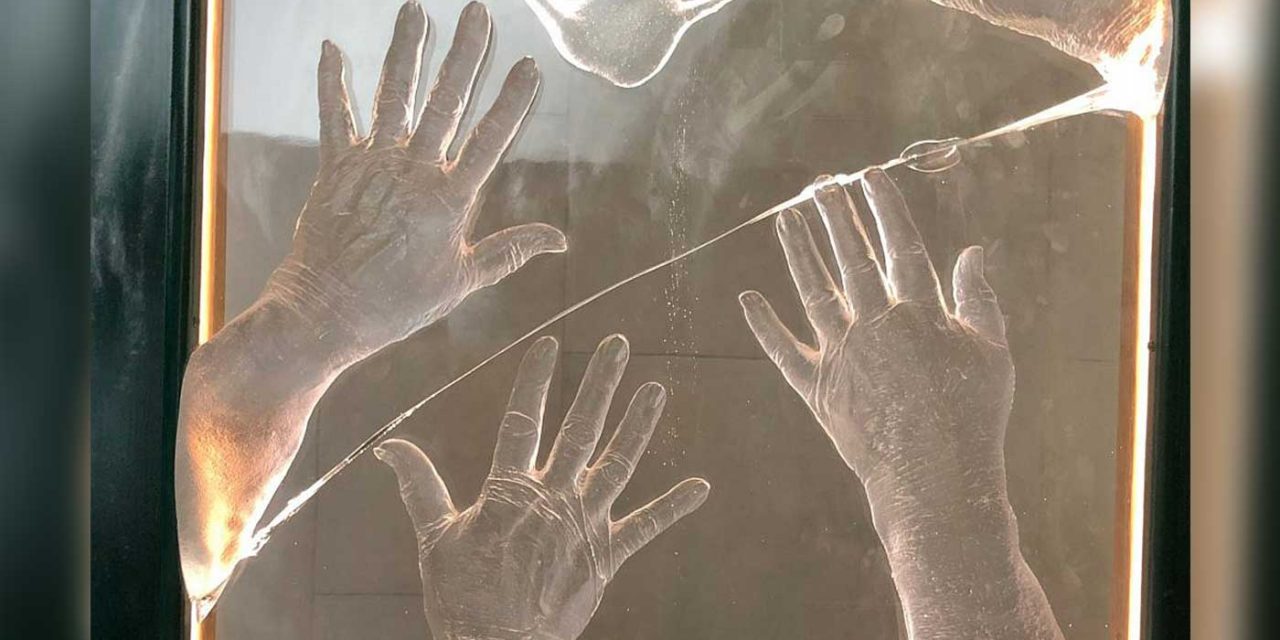 A Kindertransport memorial in Prague, which pays tribute to Sir Nicholas Winton’s 1939 rescue effort, has been damaged by determined vandals who “came prepared”.

Police said they were investigating the attack on the Valediction memorial at Prague’s main railway station, where trains shuttled 669 Jewish children to safety in the UK.

The 2017 memorial’s most evocative feature is a pane of glass (which was damaged) and is designed to look like a train window, which is engraved with handprints of adults and children, forced to part by circumstance.
The adult hands are shown on the back of the pain whilst the children’s hands show their palms on the inside of the pain, representing a final farewell between children and their parents, trying to touch each other for the last time through the glass, many of whom never saw each other again.

Officers were called to the station on Sunday after the monument was left with a long crack across the length of its window pane.

“One hundred per cent, this was planned,” said the memorial’s Czech engraver Jan Hunat, speaking to The Guardian.

He said it had probably been struck from behind with a hammer after being carefully dislodged from its wooden frame with a chisel or screwdriver.

“The person who did this has definitely gone prepared to do it. The glass is 18mm thick and there’s no way it could have been broken otherwise. On one of the hands, even the tips of the fingers are broken.”

Sadly, it seems unlikely anyone will be charged for the crime.

Tomas Kraus, secretary of the Federation of Czech Jewish organisations, said a lack of CCTV meant that the chances of finding the perpetrator were slim.

What was the Kindertransport?

In an operation that later became known as the Czech Kindertransport, Sir Winton found homes for the children and arranged their safe passage to Britain.
Sir Nicholas Winton’s rescue achievements went unnoticed for half a century until in 1988 his wife found a detailed scrapbook in their attic, containing lists of the children, including their parent’s names and the names and addresses of the British families that took them in. Winton’s wife gave the scrapbook to Elisabeth Maxwell, a Holocaust researcher and wife of media magnate Robert Maxwell. Letters were sent to each of these known addresses and 80 of “Winton’s children” were found in Britain.

On 28 October 2014, he was awarded the highest honour of the Czech Republic, the Order of the White Lion (1st class), by Czech President Miloš Zeman.

The Mayor of Barnet, who officially opened the park, said, “We are delighted to honour the extraordinary life and achievements of the late Sir Nicholas Winton. It is particularly fitting as we have a large number of children from the Jewish community living in Barnet who can be inspired by this man’s great heroism.”