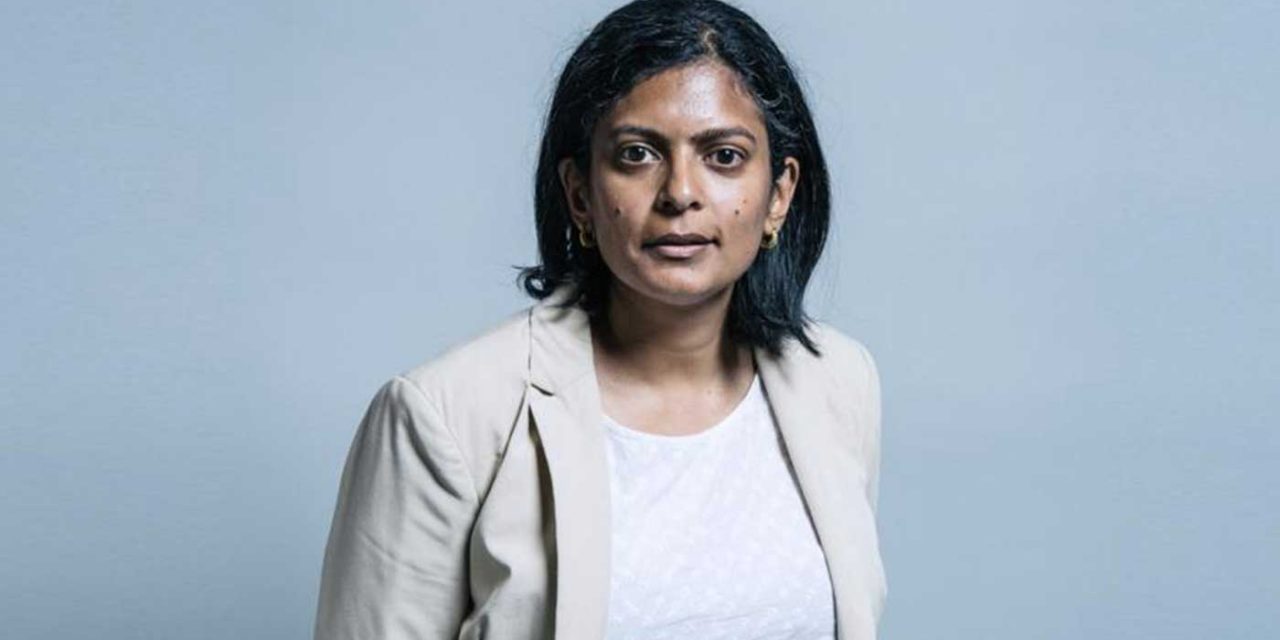 The Labour party has once again found itself embroiled in anti-Semitism allegations after two former employees of MP Rupa Huq have come forward with formal complaints against her.

Rupa Huq, 47, who is Labour’s MP for Ealing Central and Acton, faces accusations of anti-Semitism from two former employees who worked at her office in Westminster until this year, the Times reports.

One of the complainants, who worked for Huq for nearly a year, has sent the party a 2,500 word-dossier detailing alleged antisemitic incidents in her Westminster office and claims his relationship with the MP soured after she asked why he was wearing the “flag of Israel” on his bag, referring to a Star of David badge pinned to his satchel.

The employee explained that it was not an Israeli flag, but a Star of David, which is a Jewish symbol. Despite this, the MP is alleged to have repeatedly asked why he had an Israel flag throughout the rest of the day.

The second complainant accused Huq of making a former employee “listen to her conspiracy theories surrounding the Jewish community” but a source close to Huq denied the allegation to The Times.

In another alleged incident, Huq is said to have removed a “no tolerance for antisemitism” poster from the wall, saying,  “we obviously don’t need this anymore” when the first complainant was off-sick.

In a separate incident, a Jewish student applied for a role in the office, to which Ms Huq is said to have rejected the application writing to an employee, “will have to say no but don’t want him to claim anti-Semitism”.

One of the employees also claims Huq devised “a separate line of questioning based on Judaism and loyalty to Israel” when interviewing another Jewish prospective employee.

The Labour MP denies all charges against her with a spokeswoman for Huq saying: “We don’t comment on staffing matters. Any suggestion that Rupa is antisemitic or has acted inappropriately is entirely false and malicious.”

A Labour spokesperson said: “Our complaints procedures are confidential and we can’t comment on individual cases. We take all complaints seriously, and they are fully investigated in line with our rules and procedures.”

This is not the first time that Rupa Huq has been linked with anti-Semites or controversial statements on Israel.

In 2016, Huq defended Labour MP Naz Shah after her anti-Semitic social media posts were exposed. Huq later said she didn’t have full knowledge of the situation when she defended Shah and went on to say in an interview with RT that “there is no place for anti-Semitism in the Labour party” and that Naz Shah’s comments were “unacceptable”.

In 2015, Huq was quoted as saying the UK government could apologise for the creation of the state of Israel given Britain’s control of the territory in the run-up to 1948.

The Mail on Sunday reported that Huq said: “That happened under a British government. To my mind, an apology – yes. You could do one. A Labour Government could probably get that through.”

Huq said these comments were “misrepresented”.

According to the Jewish News, Huq reacted angrily to the reports, saying: “It was a tough crowd. I restated my belief in a negotiated peace working within the bounds of international law towards a two-state solution repeatedly over the two-hour meeting.”

She said it was “a massive misrepresentation,” adding: “I am a signatory to the We Believe in Israel charter and have attended Labour Friends of Israel events in the past.”

In relation to these most recent allegations made by former employees, we expect the Labour party to conduct a thorough investigation into this issue. However, some of the decisions made by the Labour leadership over the anti-Semitism scandal within the party has left a lot to be desired.