‘Judea and Samaria are the heart of Israel,’ says Hollywood actor Jon Voight 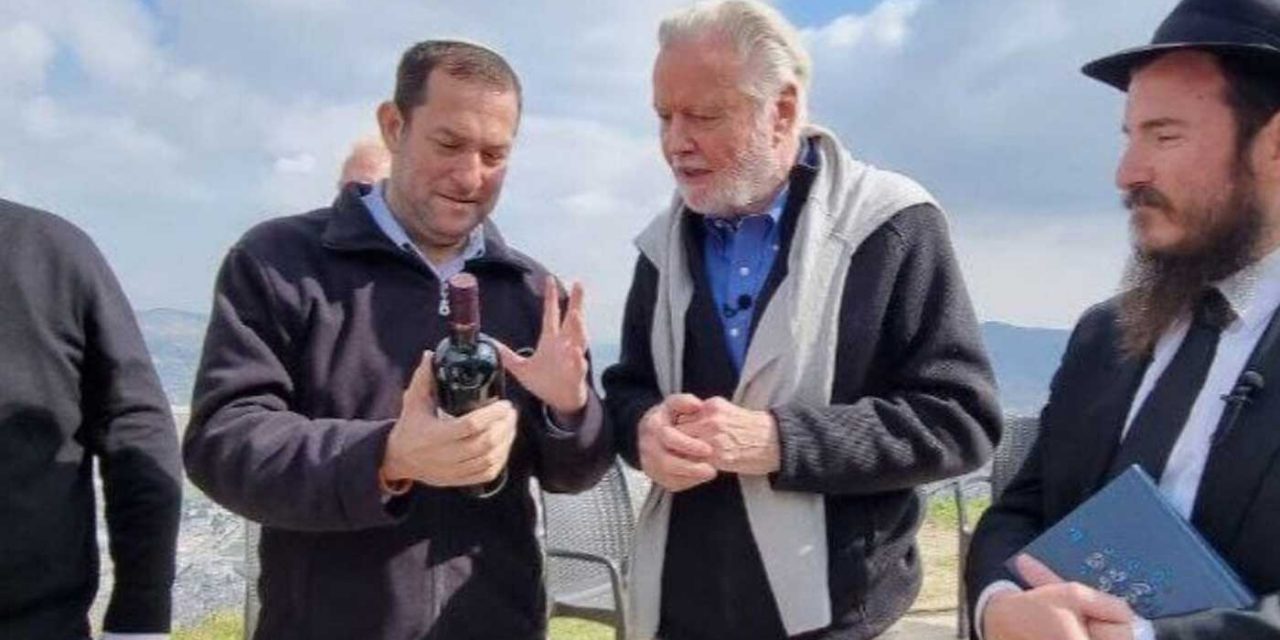 Oscar-winning actor Jon Voight, a longtime friend of the Jewish people, is currently in Israel to film a movie in Samaria where he made the bold, yet Biblically sound claim, that Samaria is the heart of Israel. And that the name ‘West Bank’ should not be used when describing the area.

Voight, 83, was given a tour of Samaria where he met with Samaria Regional Council head Yossi Dagan, who gifted him a bottle of wine produced by a local vineyard.

“This is not just a bottle of wine, it is [fulfilling] the prophecy of Jeremiah,” he said.

Dagan spoke with Voight about the strategic and biblical importance of Judea and Samaria, which he said should become part of Israel’s sovereign territory.

There are those, he said, “who want to change Israel to a country that is just nine miles” wide, Dagan said.

Voight was impressed by the map which Dagan unfurled for him.

“This is Israel!,” Voight said emphatically as he looked at Judea and Samaria on the map. “It’s right in the center,” he said.

This map “shows Judea and Samaria, how prominent they are in Israel how important they are. When you call that the West Bank, it doesn’t make any sense. It’s the heart of Israel,” Voight said.

He also visited the archaeological part at Shiloh, where the Tabernacle was housed before the first Jewish temple was built in Jerusalem.

“This is one of the holier sites. I feel so much energy here. It is just amazing that you can pick up a shard in your backyard that is 3,000-5,000 years old,” Voight told a Binyamin Regional Council spokeswoman Eliana Passentin.

The Hollywood actor, who is the father of Angelina Jolie, is a longtime friend of Israel. He was an outspoken supporter of President Donald Trump and praised the decision to move the US embassy to Jerusalem during Trump’s presidency.

Voight highlights a few key points in his comments. Judea and Samaria are the land areas that contain most of the Jewish historic sites, including the Temple Mount and the Tomb of the Patriarchs, not to mention Jerusalem itself. This land was given to the Jewish people by God, as documented in Scripture, as an eternal inheritance for the Jewish people. We will never allow the world to take away what God has given the Jewish people.