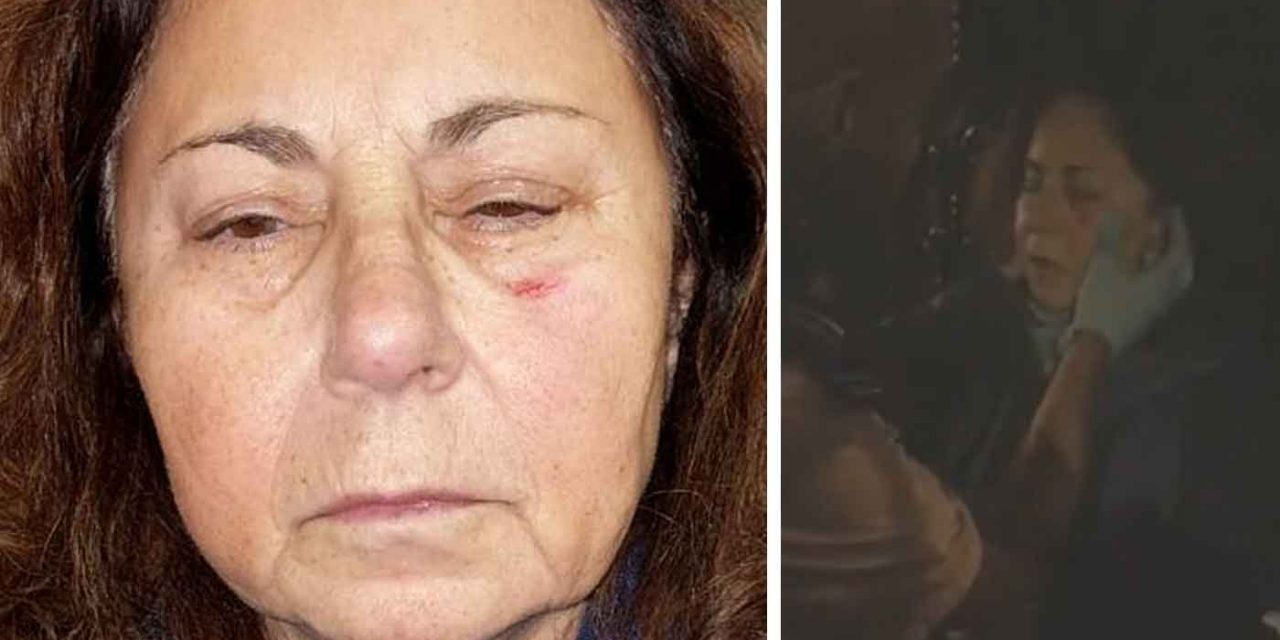 A Jewish woman who was peacefully protesting outside an anti-Israel event was violently attacked this week. Other Jews who were standing up to anti-Semitism were also assaulted.

The incident took place on Tuesday outside an event titled, “Corbyn, Antisemitism and Justice for Palestine – North London”. The speakers for the event included the head of the Palestine Solidarity Campaign (PSC) and other anti-Israel activists.

The main victim was Sharon Klaff, 70, who was reported as being “repeatedly kicked in the head”. She is pictured with a black eye and was treated in hospital with a concussion. She also had her phone stolen.

The other victim, who was assaulted by a woman repeatedly swiping at her phone and kicking her legs, was Ambrosine Shitrit.

The victims were both pro-Israel Jews who were wanting to attend the event to see what was being said inside. They were amongst a group of Jews who were denied entry into the event and started a peaceful demonstration outside the building. Initially, Ms Shitrit was able to gain entry before being removed by organisers.

Ms Shitrit protested against her removal and filmed the moment she was asked to leave the meeting. Her video also includes the alleged perpetrators of the assault as well as the aftermath which shows a police officer treating a woman on the ground who is injured.

Ms Shitrit, 51, described the attack to the MailOnline saying:

‘They were heading in and talking to security guards, they were late, and they saw that I was filming.

‘One of them women got extremely angry and told me to stop photographing her- but I was filming as I had been all evening.

‘She was trying to grab my phone and it fell to the floor and then she really went for me.

‘I went around the car and went back into the fray where my friend was and the other girl went for me.

‘My colleague Sharon had been grabbed and pushed to the floor and they were repeatedly kicking her in the head. They took her phone and ran away.’

Police arrived at the scene shortly after and released a statement, saying, “Police were called at approximately 8.20pm on Tuesday, 16 October to reports of a protest on Mayton Street, N7.

“Officers attended and were advised that one person had been assaulted, sustaining minor injuries.

“There have been no arrests and the crowd had dispersed by 9 pm.”

The woman who was kicked was treated in Whittington Hospital with what has been described as ‘serious concussion’.

The video below shows the removal of Ms Shitrit from the venue, the protesters and the aftermath of the assault.