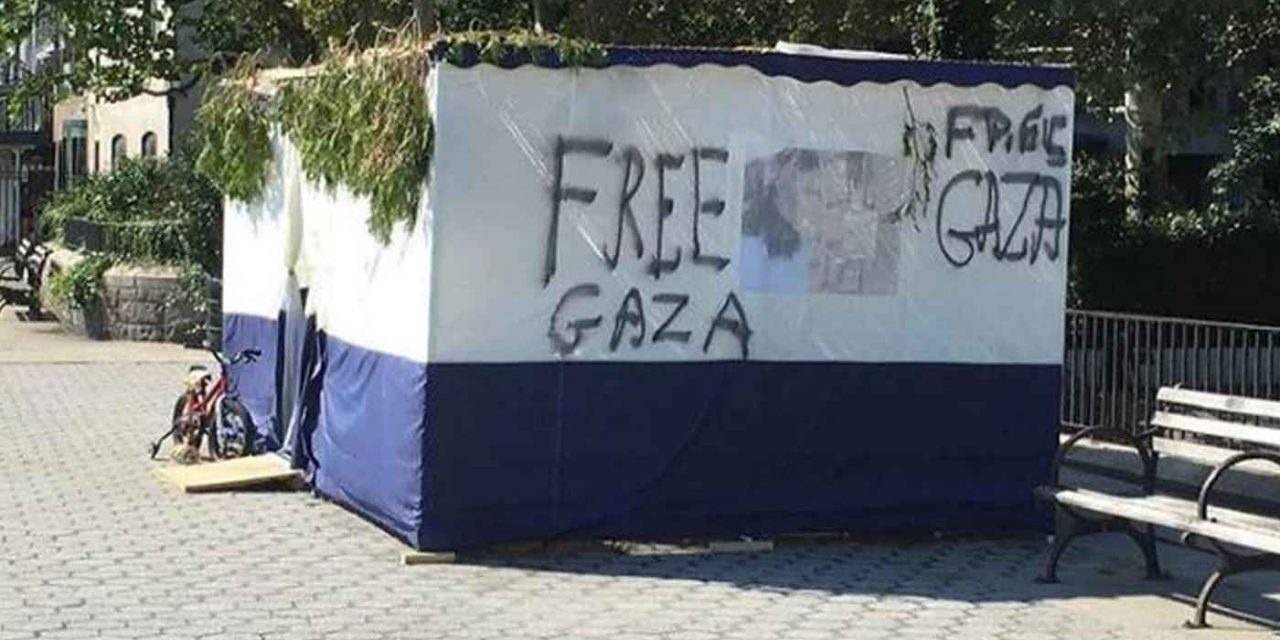 This week saw another example of how anti-Israel hatred too often morphs into anti-Semitism when a Jewish sukkah was vandalised with the words “Free Gaza”, written by a Palestinian activist.

Sukkah’s are erected by Jews during the feast of Sukkot and are used as a symbolic reminder that God provided shelter to the Israelites in the wilderness after they were freed from slavery in Egypt.

A public sukkah at the Carl Schurz Park on Manhattan’s Upper East Side was vandalized on Sunday morning, with the words “Free Gaza” spray-painted three times on its walls.

The NYPD’s Hate Crime Task Force launched an investigation into the incident.

A group of locals covered the hateful writing with their own graffiti, writing “Shalom” and “Sukkah of Unity” on it.

Assaf Weiss, the director of Programming and Operations at the American Jewish Congress, expressed concern of the “clear anti-Semitic act that took place in New York, a center of the Jewish community in the US.”

He noted the sukkah was erected by private Jewish citizens, who have no ties to the Israeli government and its actions.

“Attributing the Israeli-Palestinian conflict to all Jews is another example of modern anti-Semitism under the guise of ‘political struggle,'” Weiss said.

Read the full article at YNet