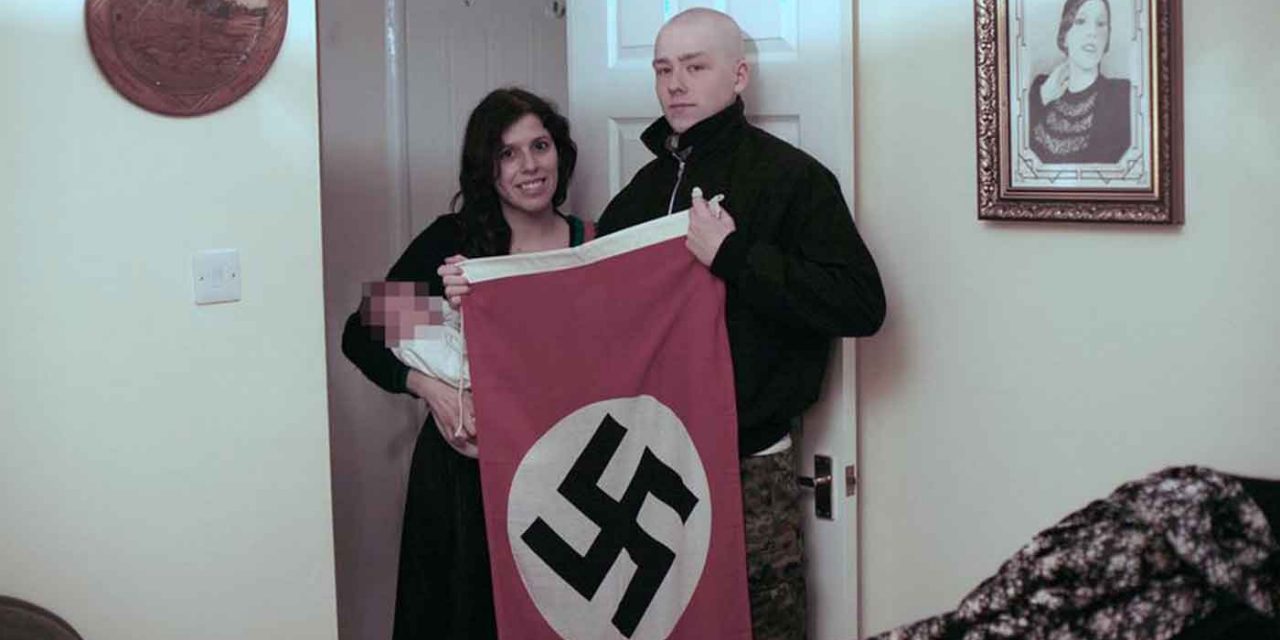 A “fanatical” couple have been put on trial in Birmingham along with another man after images, items in their home and text messages revealed their support from Nazism, the Ku Klux Klan (KKK) and the banned far-right group National Action.

The couple, who gave their baby the middle name, Adolf, after the Nazi leader Adolf Hitler, are Claudia Patatas, 38, and Adam Thomas, 22, of Waltham Gardens, Banbury, Oxfordshire. They are charged with being members of National Action.

Another man, Daniel Bogunovic, 27, of Crown Hills Rise, Leicester, faces the same charge. All three deny the charges against them.

Jurors at Birmingham Crown Court have been shown a series of photos of the couple with various far-right symbols and clothing, with prosecutor Barnaby Jameson QC calling the series of photos the “Thomas-Patatas family album”.

One photo shows the couple standing, holding their baby and posing with a Nazi flag.

Another image shows a man inside the same house wearing the robes of the KKK member holding a baby. The prosecutor said, “the suggestion is that is Mr Thomas and his child, whose middle name is Adolf.”

Turning to an image of a hooded man with a machete, Mr Jameson added: “There is a strong inference, and you’ll appreciate this when you look inside the Thomas and Patatas house, that that was taken inside their home, and that the person in the robes was Thomas.”

Jurors were also told Ms Patatas sent a WhatsApp message to convicted National Action member Darren Fletcher, declaring that “all Jews must be put to death”.

The evidence shown within there house points to a number of items that police found there, including:

National Action is an extremist group and was banned by the British government in December 2016.

The trial is expected to continue for four weeks.