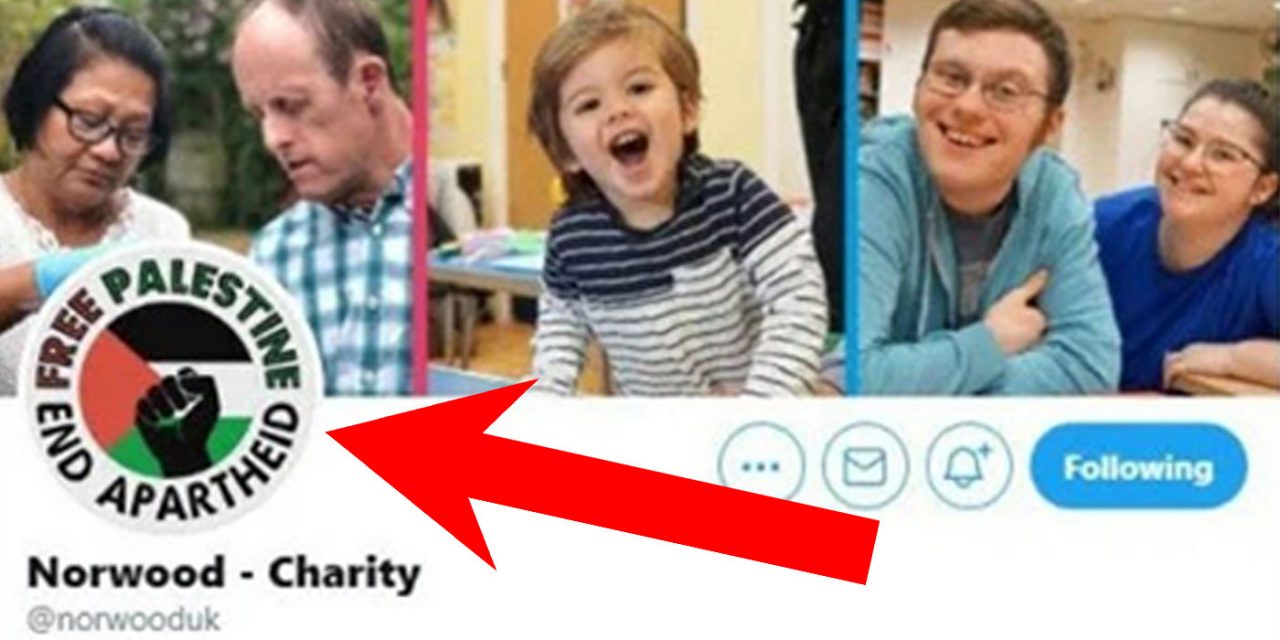 A Jewish charity in the UK that helps children with disabilities and learning difficulties targeted by pro-Palestinian activists on Thursday in another example of anti-Semitism against Jews over the Israel-Palestinian conflict.

The charity Norwood, had its social media accounts hacked and activists changed their profile pictures to Palestinian propaganda images. They also posted Palestinian flag images with words including, “From the river to the sea Palestine will be free” and other slogans.

The charity, which was founded more than 200 years ago, supports around 2,500 people with learning disabilities, mental health and wellbeing issues, and their families.

This is anti-Semitism pure and simple as it is targeting non-political charities simply because they are Jewish. They are also calling for the irradiation of the world’s only Jewish state. 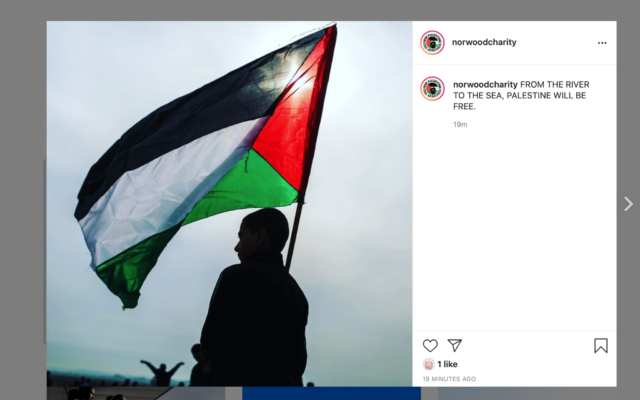 A spokesperson for Norwood told Jewish News: “We became aware that Norwood’s social media accounts were breached on Thursday afternoon with content posted from the Free Palestine movement.

“As a British charity, our duty is to support vulnerable members of the British Jewish community and, as such, we condemn as abhorrent all hate crimes.

“Norwood stands for inclusivity regardless of our differences and we endorse Prime Minister Boris Johnson’s recent statement that there is no place for antisemitism in British society.”

The Community Security Trust condemned the incident, saying: “Hacking a charity that serves Jewish people with learning disabilities to post this propaganda is absolutely sick and we condemn it utterly.

“Every Jewish organisation should check that their social media accounts are protected by strong passwords and two-factor authentication.

“CST can provide advice on how to do this.”

Attacking the website of a charity for disabled Jewish children does not help Palestinian children.

These are racist and hateful acts that hurt children. https://t.co/ziUx5N0NXq pic.twitter.com/ktfX2BxvVs

Additionally, anti-Israel activists covered over the advertisements of a children’s charity in London with pro-Hamas propaganda. This is not only illegal, but it is also damaging the work of a charity that helps find missing children in Britain – stopping their important message from getting out and instead replacing it with lies and hate.

The UK public recently showed in a poll that the vast majority of Brits are “angry and embarrassed” by recent acts of anti-Semitism against the Jewish community by anti-Israel activists. These actions will do nothing to change this view.