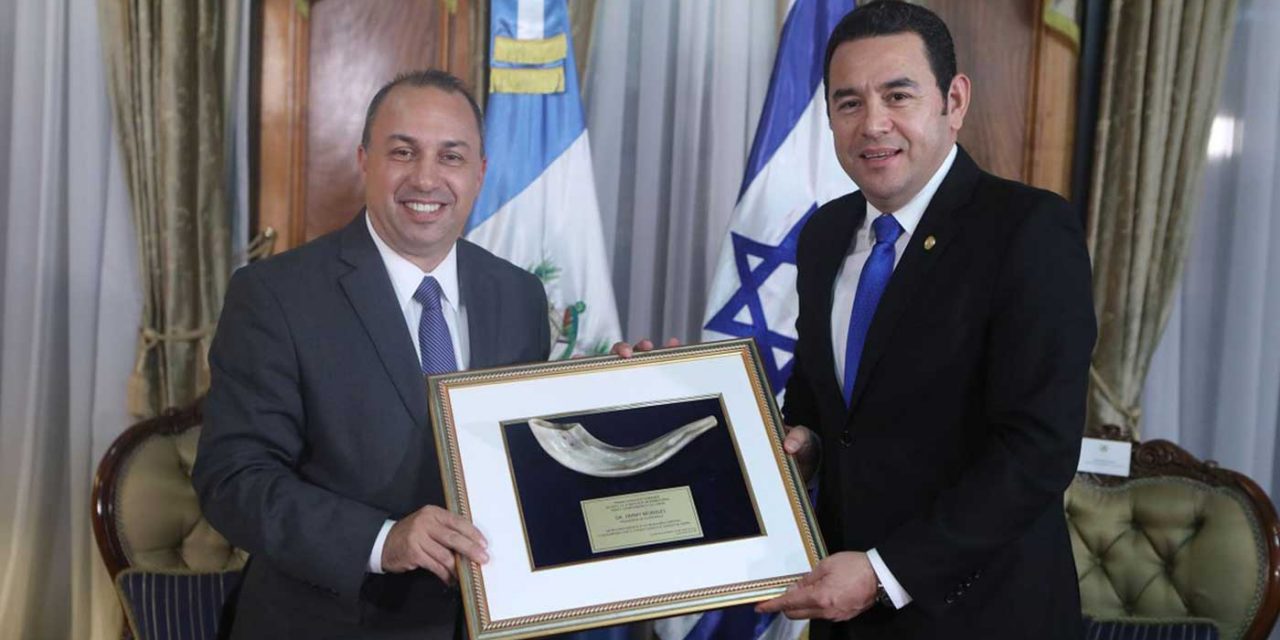 This week a delegation of American Jews visited Guatemala and were joined by Evangelical Christians to honour President Jimmy Morales for his recognition of Jerusalem as the capital of Israel and for making plans to move his country’s embassy to Israeli capital.

It was “a once-in-a-lifetime moment of history,” gushed Peter Bendetson, who organised the trip.

“The intensity of support for Israel and for the move of the embassy from both the Christian members of our delegation and the Guatemalan president and foreign minister has been so incredible that it defies belief,” he said.

Margot Cohen, a 93-year-old Holocaust survivor was part of the trip. “I was so grateful to the people living in this country. I know it’s not an easy thing,” she said, alluding to backlash against Guatemala’s decision to recognise Jerusalem.

“I lived long enough to know what it is to be on the flip side of life,” she told The Times of Israel in a telephone interview.

She added: “There really wasn’t a moment since I stepped off the plane that wasn’t absolutely beautiful. This was one of the most wonderful experience of my life.”

Former US congresswoman Michele Bachmann also participated, declaring that the mission aimed to “thank all those who have made possible the decision to move the Guatemalan Embassy to Jerusalem, the eternal and indivisible capital of Israel. Guatemala has a great record of supporting Israel since its inception in 1948.”

“God will bless Guatemala like never before. That’s what the Bible says, in Genesis 12:3: ‘Those who bless Israel will be blessed,’” she added.

“We praised Morales for his courage and determination for the embassy announcement and for recognising that Jerusalem is the capital of Israel,” said B’nai B’rith International Director of Latin American Affairs Eduardo Kohn. 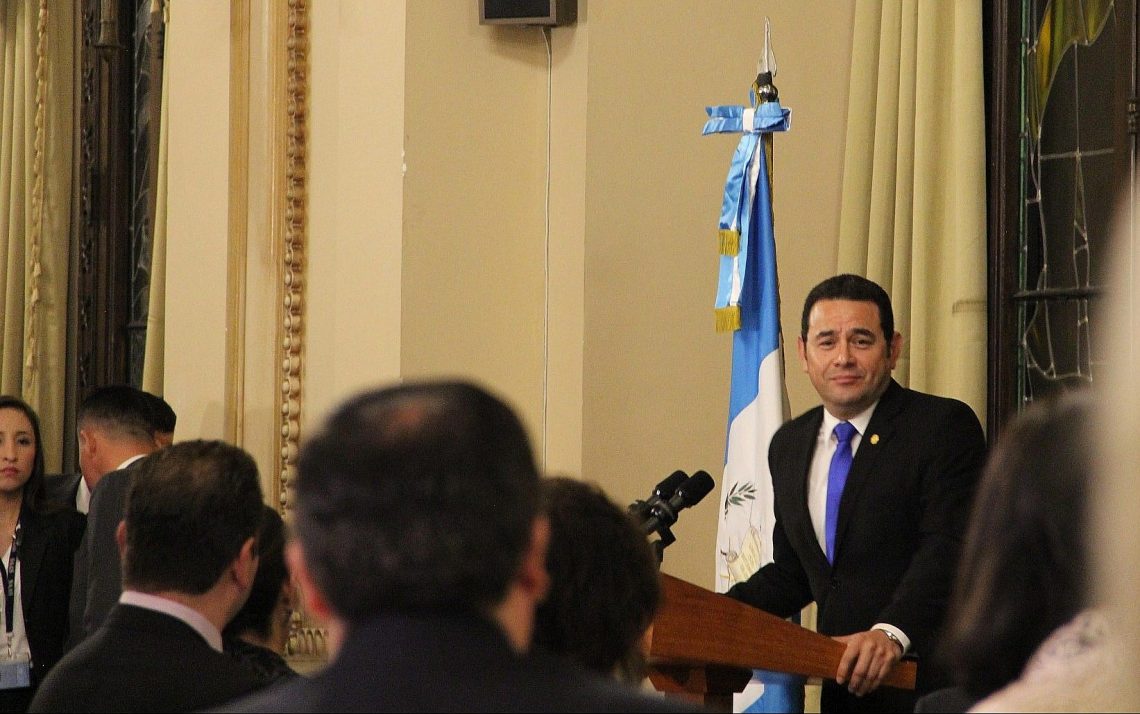 Morales said at the meeting that moving the embassy to Jerusalem is “the right action to take legally and historically.” He added that Guatemala is “the United States’ strongest ally” in combating and preventing terrorism in America.

Guatemalan President Jimmy Morales made the announcement to move his country’s embassy to Jerusalem on 24 December 2017. The decision was made following a conversation President Morales had with Israeli Prime Minister Benjamin Netanyahu.

“God bless you, my friend, President Jimmy Morales, God bless both our countries, Israel and Guatemala,” Netanyahu said after the announcement.

Morales, who enjoys a large base of conservative Christian support, has long been a friend of Israel and the Jewish people. Shortly after his election in 2015, Morales visited a synagogue in Guatemala City, met with members of the Jewish community and declared his desire to visit Israel, which he fulfilled in November 2016.

Guatemala was among the first countries to recognise the State of Israel in 1948 and was the first Latin American country to establish diplomatic relations with the new nation.

The Guatemalan Embassy was formerly located in Jerusalem, until the UN Security Council called upon all member states to move their diplomatic missions to Tel Aviv in 1980.

Guatemala is home to about 1,000 Jews out of a population of 15 million.

In addition to showing support for Guatemala, a delegation of Christian leaders from LCI also visited Honduras, where they thanked President Juan Orlando Hernandez for his country’s vote against the recent UN General Assembly resolution condemning Trump’s Jerusalem moves, according to the LCI’s Bramnick.

“We thanked President Hernandez of Honduras and … encouraged him to move [his]embassy. He invited us to bring a Jewish-Christian delegation to Honduras to further discuss the issue,” said Bramnick.